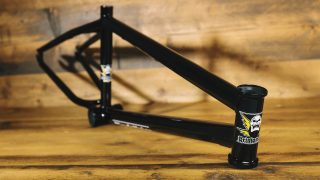 BMX eugenics, the United Prime Mover frame is the bastard offspring of two of history’s realest, most uncompromising BMX companies. In a fragmented industry that has a large chunk of its youth caught up in a dizzying whirlpool of bottomless shittery and transcendent stupidity, Bicycle Union and United Bike Co. are resolute in their pursuit of keeping BMX rad as fuck.

Started by Ian Morris in 2006, United Bike Co. has been pumping out some of the finest, most durable products on the market since its inception. Not unlike Ian’s riding, the brand is full-commitment and steadfast, all whilst maintaining one of the greatest BMX teams on the planet. With the likes of heavy hitters Corey Martinez and Nathan Williams on the team, plus key UK heads like Harry Mills-Wakley and Jimmy Rushmore, it is no wonder they’ve produced two of the greatest full length videos in BMX history, ‘This is United’ and ‘Still United’.

The frame itself is the visual definition of the word sturdy. Even I, with an unblemished record of cracking every frame I’ve ever owned, have been hanging up and landing flat on one of these bad boys for over a year and encountered zero problems.

“The United Prime Mover frame is the bastard offspring of two of history’s realest, most uncompromising BMX companies.”

Slim tapered tubing with no weird eye-curdling geometry, this is the absolute BMX frame, 100% BMX. Now I am no innocent… I’ve strayed off course, I’ve dabbled in some fancy head angles and miniscule chainstay lengths in my time. But, like a castrated former sex offender, I can now see the errors of my ways. I’ll be riding this geometry for the rest of my life. A perfect all-rounder, this frame is for the trail riders and bowl roasters, but will also stand up to the worst the streets can offer.

Let’s hope there are plenty more bread-and-butter collaborations between Union and United as the Prime Mover cements itself as a staple of BMX for many years to come.

All this plus a top tube pad? Pick one up direct from the Bicycle Union HQ – voltbmx.com 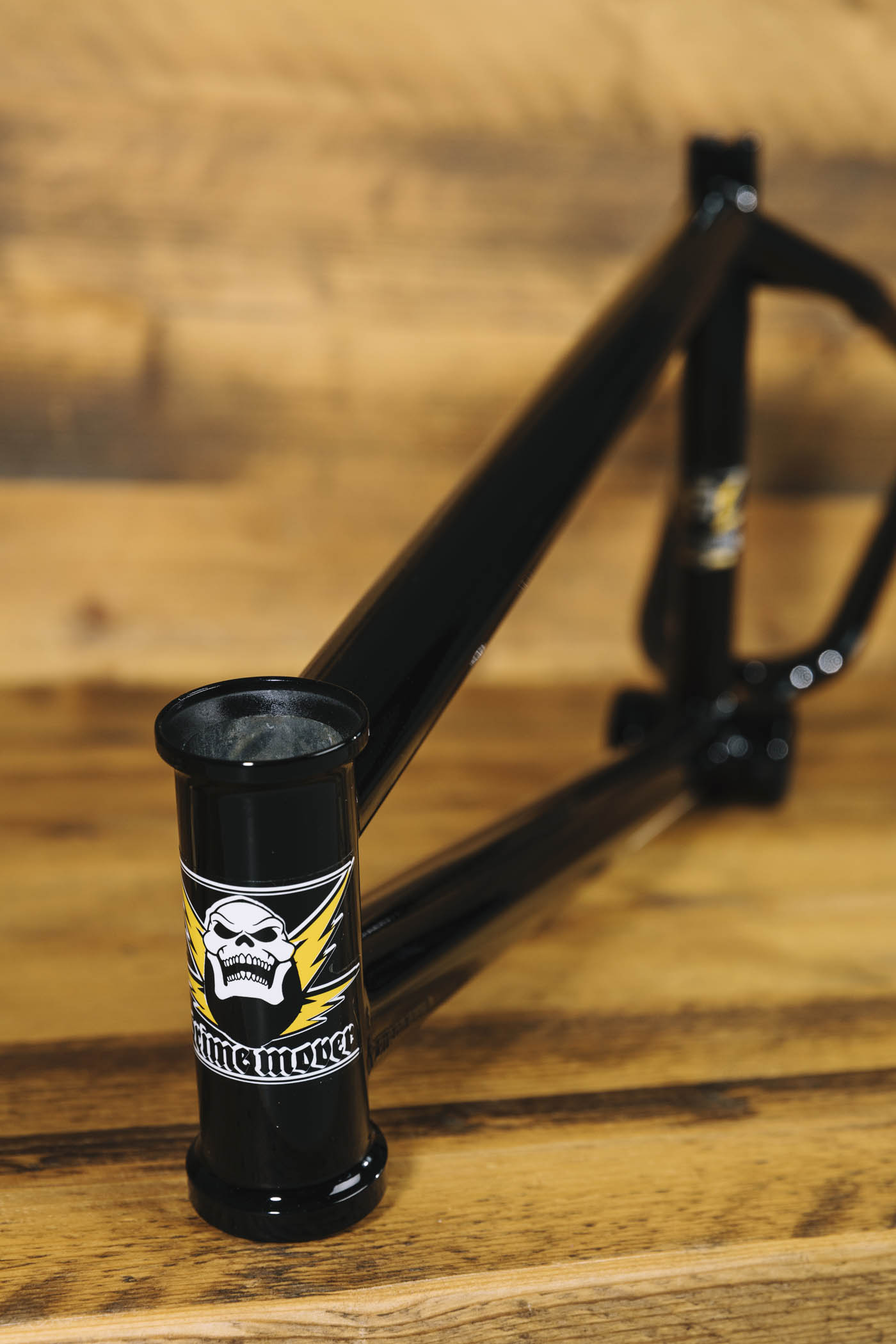