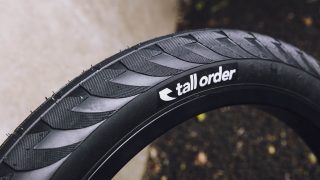 What do we think, is the Tall Order Wallride tyre ready to ride on walls? Well, it’s safe to say that Bas Keep knows a thing or two about wallrides… His Walls video was undoubtedly one of the most impressive BMX videos of recent years, including the incredibly dangerous last clip that scored the front cover of our final issue of regular print. In light of Bas’s prowess at riding walls, the naming of this tyre was a no brainer, so if Tall Order are down to call this the Wallride tyre, then that’s good enough for us.

When Bas Keep started his own BMX company in the spring of 2016, it was big news. Bas has endured a legitimate career as a pro rider, both as part of the Seventies Distribution family and with massive companies like Vans and Red Bull. After putting the years in with Hoffman Bikes and then Cult, Bas took a pretty big leap forward and started his very own BMX company, playfully calling it Tall Order. Under the Seventies wing, Tall Order has some pretty amazing resources at its disposal with regard to design, promotion and obviously distribution, not to mention Bas Keep’s wealth of experience in the BMX industry.

The Tall Order Wallride tyre looks the part. It’s nice and chunky (without being too ridiculous) and has a uniform centre tread with the signature Tall Order transition-inspired logo making up the side blocks – it’s a nice touch. In fact, as soon as images of this tyre were released, it all seemed to make more sense. Almost as if they designed the tyre first, to find the logo.

Those Tall Order ‘swooshes’ give a feeling of motion, almost a promise of speed… You should go fast with these. It’s actually a very simple design for a tread pattern, it’s graphic and quite sparse, and we like that. 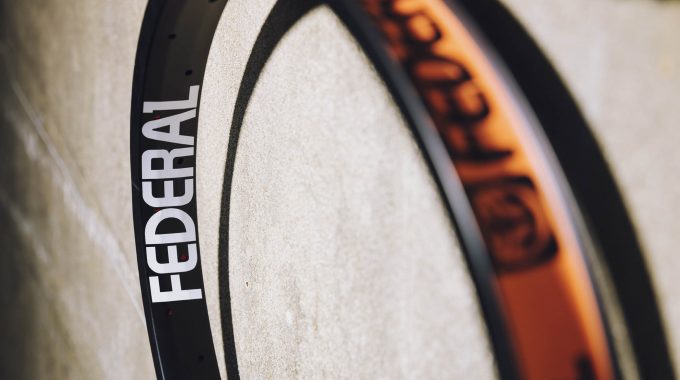 “In the day-to-day world of a BMX rider, the design features on the Federal Stance XL rim are intended to make life easier.”