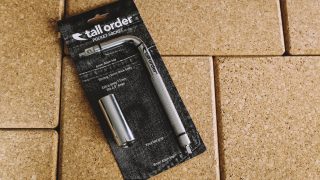 The Tall Order Pocket Socket is probably the simplest and handiest BMX specific tool out there at the moment. Let’s take a look…

When Bas Keep started his own BMX company in the spring of 2016, it was big news. Bas has endured a legitimate career as a pro rider, both as part of the Seventies Distribution family and with massive companies like Vans and Red Bull. After putting the years in with Hoffman Bikes and then Cult, Bas took a pretty big leap forward and started his very own BMX company, playfully calling it Tall Order. Under the Seventies wing, Tall Order has some pretty amazing resources at its disposal with regard to design, promotion and obviously distribution, not to mention Bas Keep’s wealth of experience in the BMX industry.

“The Tall Order Pocket Socket is probably the simplest and handiest BMX-specific tool out there at the moment.”

This part itself is much less transition-specific than the frames etc offered by Tall Order. The Tall Order Pocket Socket has the three tools any BMX rider is most likely to need during a standard session – a 6mm allen key, a 17mm socket, and an 8mm allen key. Simple.

“We wanted to make a multi tool that was the bare minimum you could get away with. We figured if you could straighten the bars, wheels and tighten cranks or pedals that was a good start. The first version was a hollow arrangement that had a threaded cap one end with a 3/8” socket mount on the side. It looked cool and we had a few drawings and spoke to some tool manufacturers but the design still seemed a little excessive.
We started thinking more about the function rather than the form and had a design that fixed with a 17mm socket and 6mm allen key, it was sort of an odd shape and a bit bulky. Bas said wanted to include an 8mm because he had Profile bolts at the time so we revised things further and came up with the idea of the socket being removable with a 6mm one end and an 8mm at the other. The body is thick enough to not flex but still fits through the end of a crank so you can tighten any pedals that include an allen key fitment. 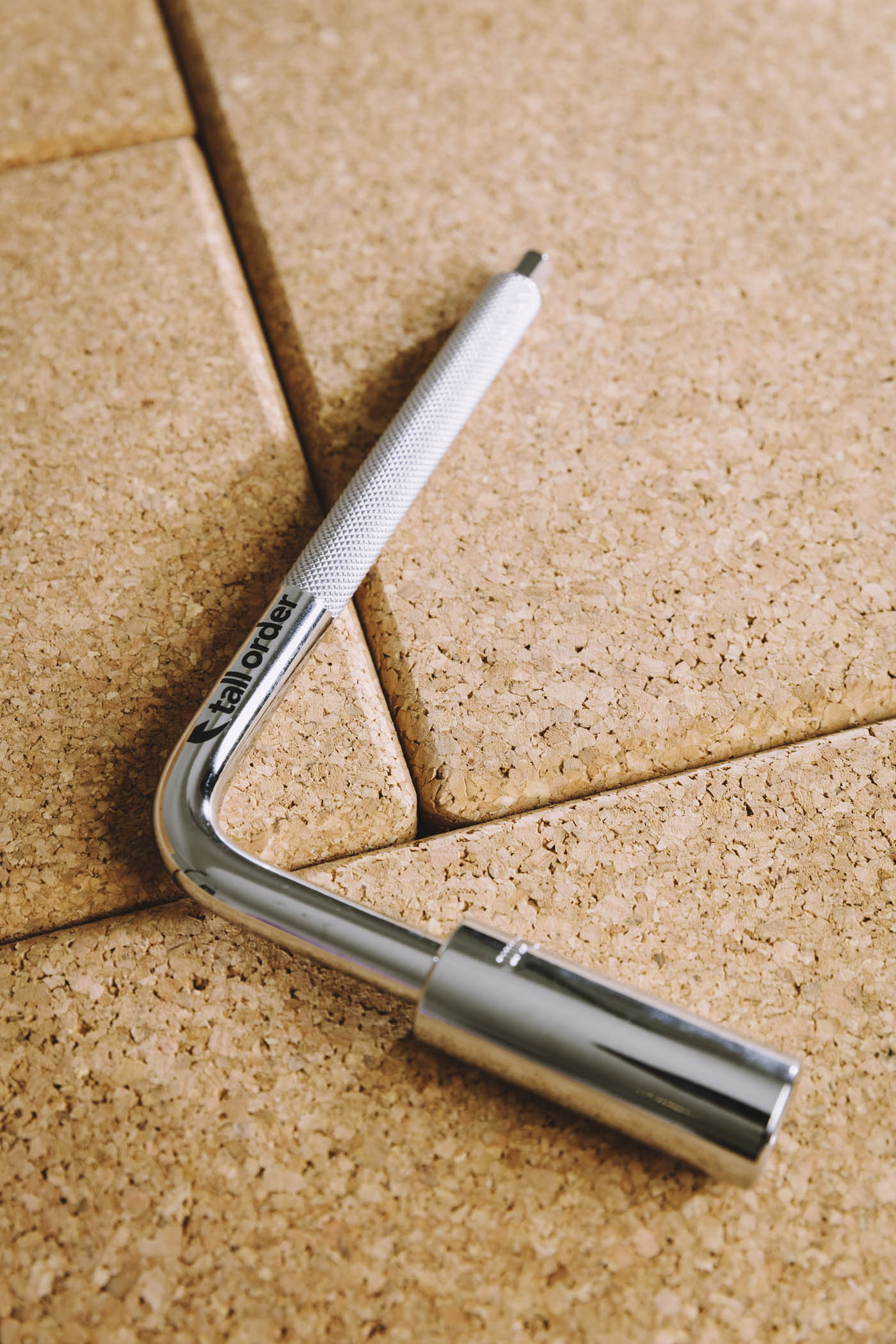 The final part was working out the length of the handle and extension – this took time and we had different samples out in the field to figure out the optimal length. The extension is long enough that the 17mm socket is a standard size– this keeps the retail price more affordable and can be easily replaced or swapped for a 19mm, it works easily with 4.75” long pegs and you can flip the socket around for smaller storage. Everyone testing the tool had different views on the handle length ranging between 150mm long to 190mm. In the end we just went with 175mm because that’s the classic BMX crank arm length and seemed like the right thing to do.” –Aggie Lau, Product Designer

The 17mm socket is deep enough for those extra long pegs people are using more now, the knurled grip gives you a little extra purchase and the whole tool is long enough to provide a pretty good amount of leverage. Obviously it’s called the Pocket Socket, so it’s designed to be compact, and we reckon they’ve struck a good balance here.