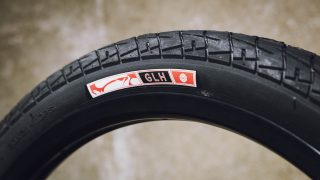 Animal Bikes = street riding. There are no two ways about it. Few brands have garnered as much respect in our industry (and outside it, it must be said) as Animal Bikes. Think of New York City street, think of BMX and hip hop, think of Ralph Sinisi, Bob Scerbo, Butcher, Edwin Delarosa, Tom White, Chase Dehart or Benny L (to name but a few)… Think Animal.

“I incorporated Animal Bikes on January 1st, 2000 to represent and supply bike parts for BMX street riding for the new century. My riding crew in and around New York City pedaled around all day and night finding amazing spots and getting as crazy as we could on them. Whenever someone would do a wild move, they were called an Animal. It only made sense for me to call the company Animal as it was based on the toughest parts for the craziest riders.” –Ralph Sinisi, Animal Bikes

For the last 17 years, Animal has been such a real brand, it almost seems like the pinnacle, the epitome of BMX street. Of course, there are plenty of other flavours out there and while we wouldn’t want to detract from any other brands, we can all recognise that Animal is right up there at the top.

The GLH tyre then. Any street rider worth their crust will have a couple of these either on the bike, in the garage or in their memories. Arguably the classic street tyre, tried, tested and proven by the best street riders in the world for many years and still current today. It doesn’t really get any more credible than that.

From East Coast USA storm doors and cutty spots to Nigel Sylvester’s ‘GO!‘ antics in far flung locations, the Animal GLH is represented all around the world.

In the 15 years since its introduction (that’s right, the GLH first came out in 2002), the design hasn’t really changed because it doesn’t need to. It’s proven, strong, grippy and solid. It has the right amount of beefiness to answer to style and function, its instantly recognisable tread pattern, plus that classic Animal detailing to let you know what’s up.

GLH stands for Go Like Hell, and that’s exactly what this tyre will allow you to do. Robust, grippy, well designed, tried and tested, iconic. The Animal GLH tyre – here to stay, we reckon.