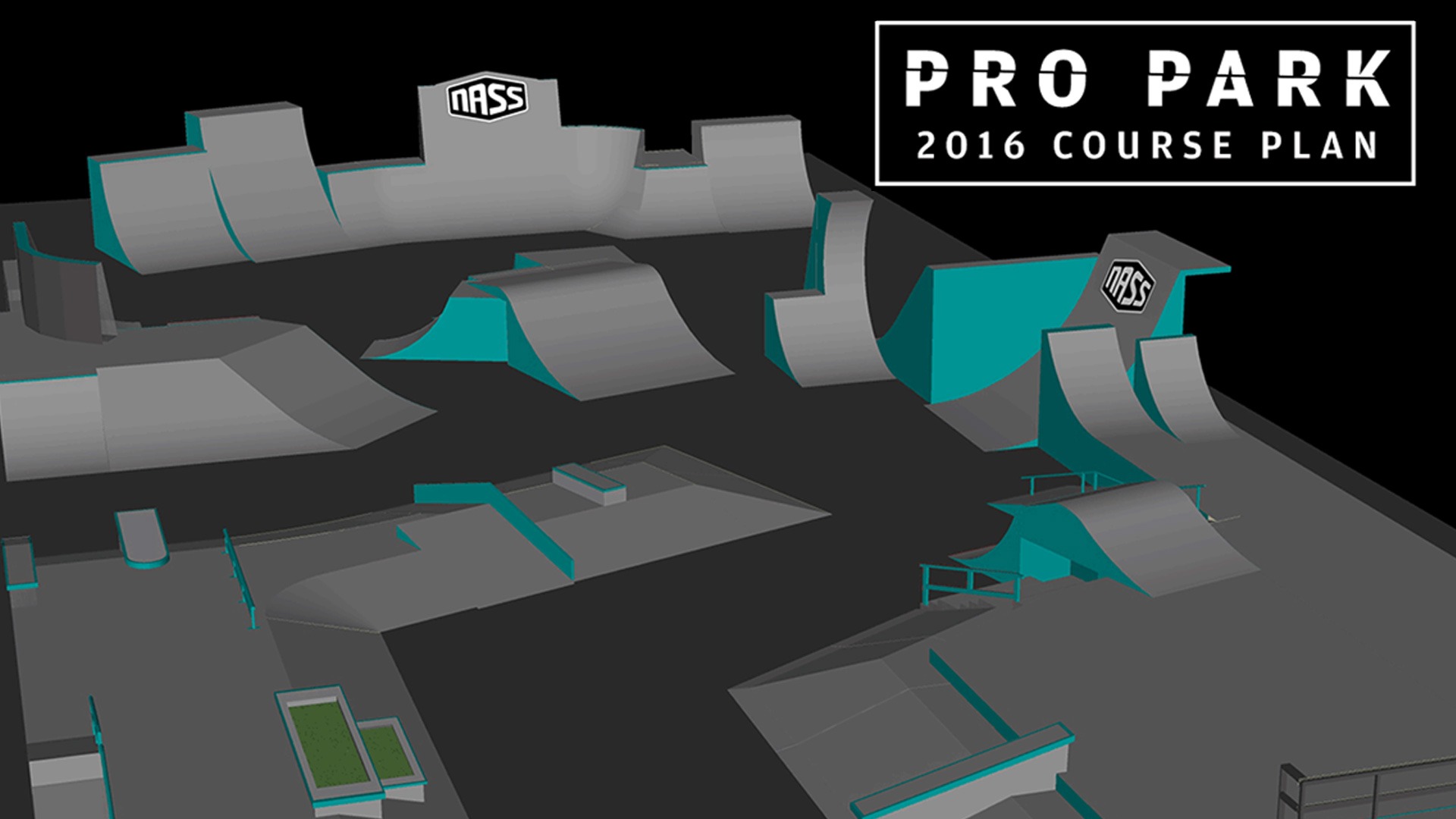 When NASS announced that they would host The BMX Worlds at their event this year, there were a few questions bouncing around the BMX community. Will they have vert? Will they have flatland? What riders will show? And what will they do with the dirt and park course that will compare to what NASS and The Worlds have previously had? And I’m happy to say that they have all but answered these questions, and answered them well.

The Park course has historically always been good at NASS. FourOneFour, the ramp builders, are responsible for places such as Adrenaline Alley in Corby and have had the NASS contract for a very long time, so they know how to make the most out of the indoor space. And this year won’t disappoint, they’ve managed to somehow push the boundaries again and the course has a great mix of big new BMX park focussed features and a solid array of street for the skaters and BMX street heads. 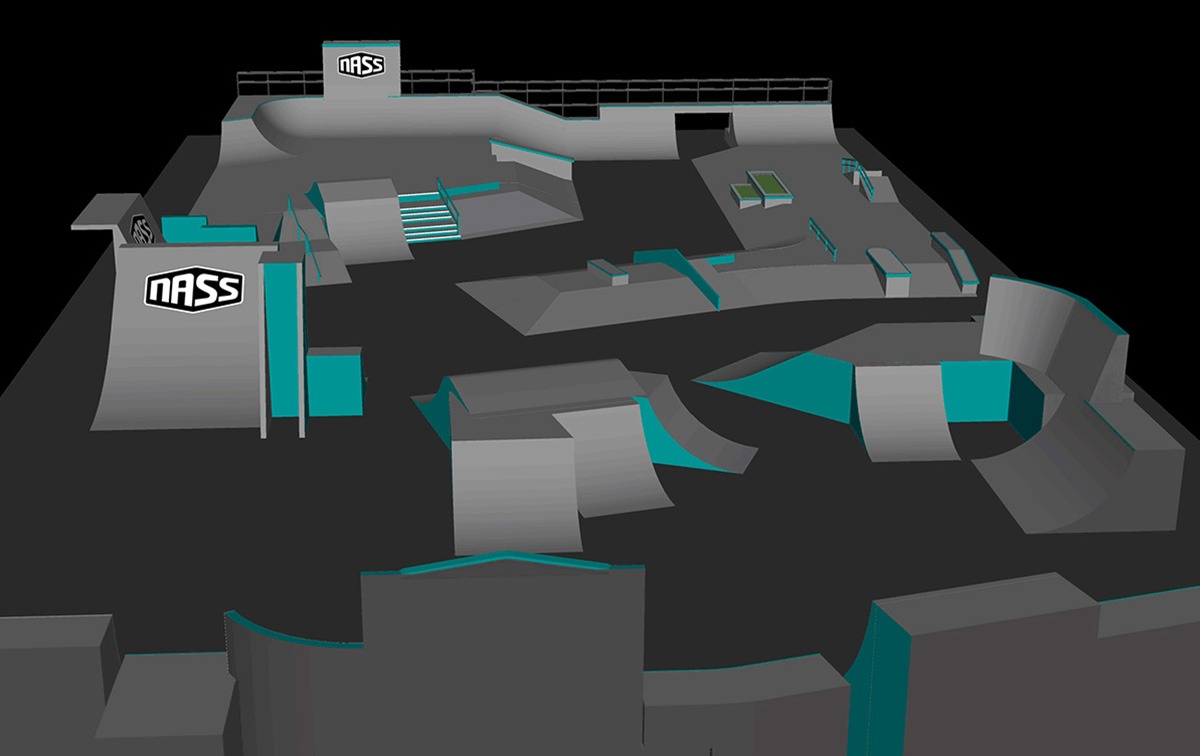 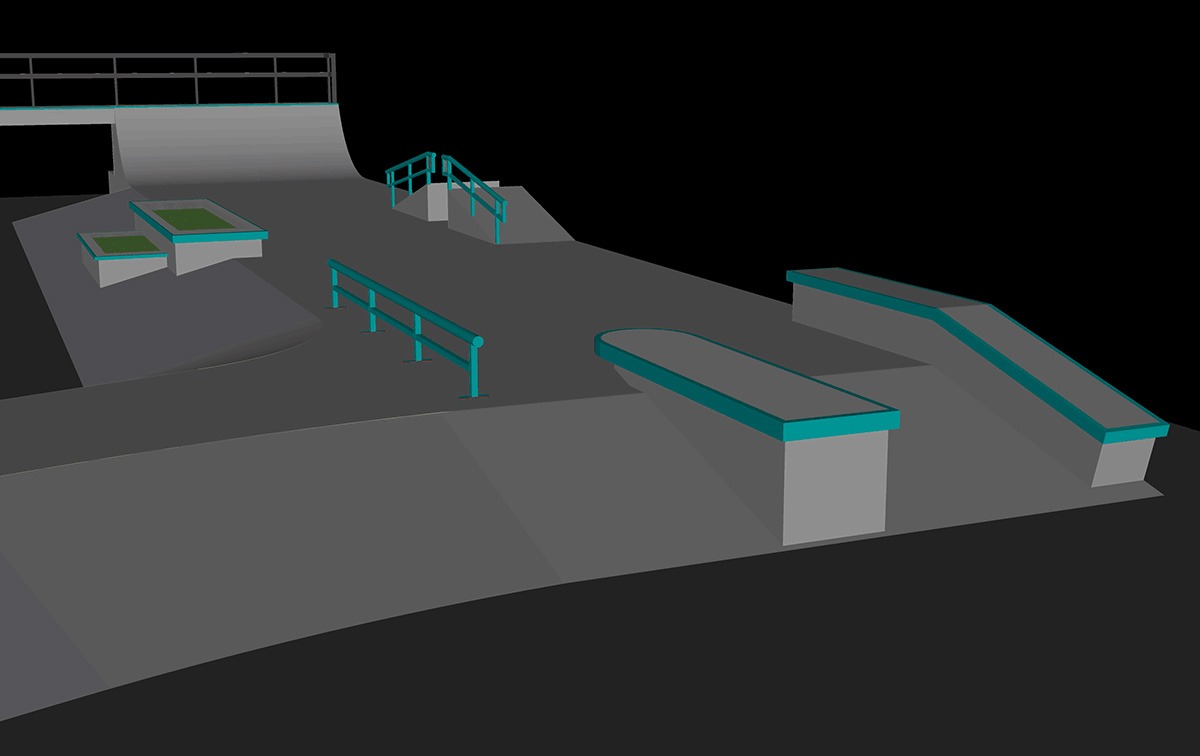 It’s never easy building a course that caters for different styles of riding, and you can never please everyone entirely, but I really can’t see much to fault with this one, there is something for everyone. There’s transfer lines, straight boxes, big quarters, rails and ledges and the Elvis has still got a place in the course for Ben Hennon to hit the sky again, one of the best moments from NASS last year in my opinion. 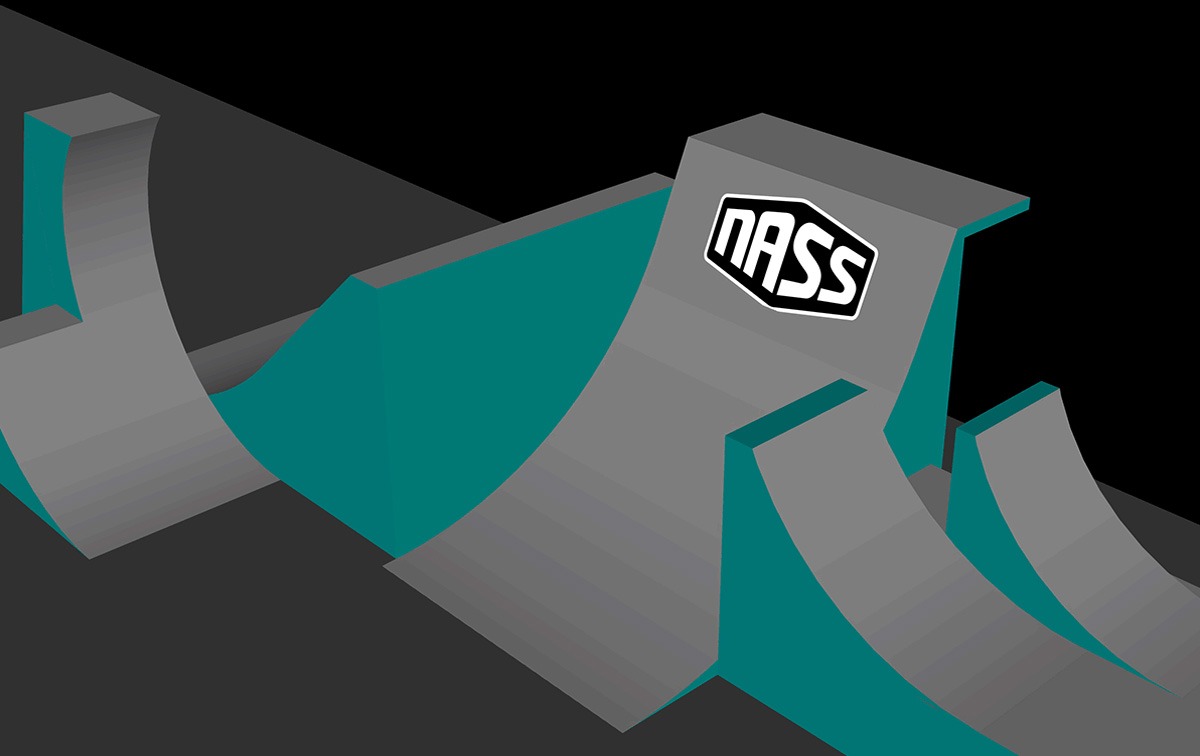 The Elvis doesn’t stand alone this year though, it looks like there are multiple lines in, out and even over it, and there appears to be an open loop happening too. These obstacles will source the men from the boys that’s for sure. The rider list is already looking pretty serious though, and with even more names coming as the event gets closer, we’re set to see quite a battle commence for The Worlds title.

Dirt, when introduced to The Worlds contest was always a highlight. The jumps were some of the biggest seen in competition, so it was super important that NASS continued this legacy. NASS has pretty much always provided a dirt contest but it was never it’s main focus, but again, this year they have stepped things up a gear. When you have a team like Kye Forte’s building this stuff, you know some serious consideration will have gone into it and the set up shown here looks pretty interesting. The roll in, takes you onto 2 straight jumps followed by a step up to a platform with a quarter pipe that returns you to a step down and a final straight jump. The trails guys shouldn’t get upset by this, I mean after all, this is a dirt jumping contest and not a trails comp. I think this setup will show some interesting entries adding to the big jumping names of Cory Nastazio and Anthony Napolitan and interesting results off the back of it. 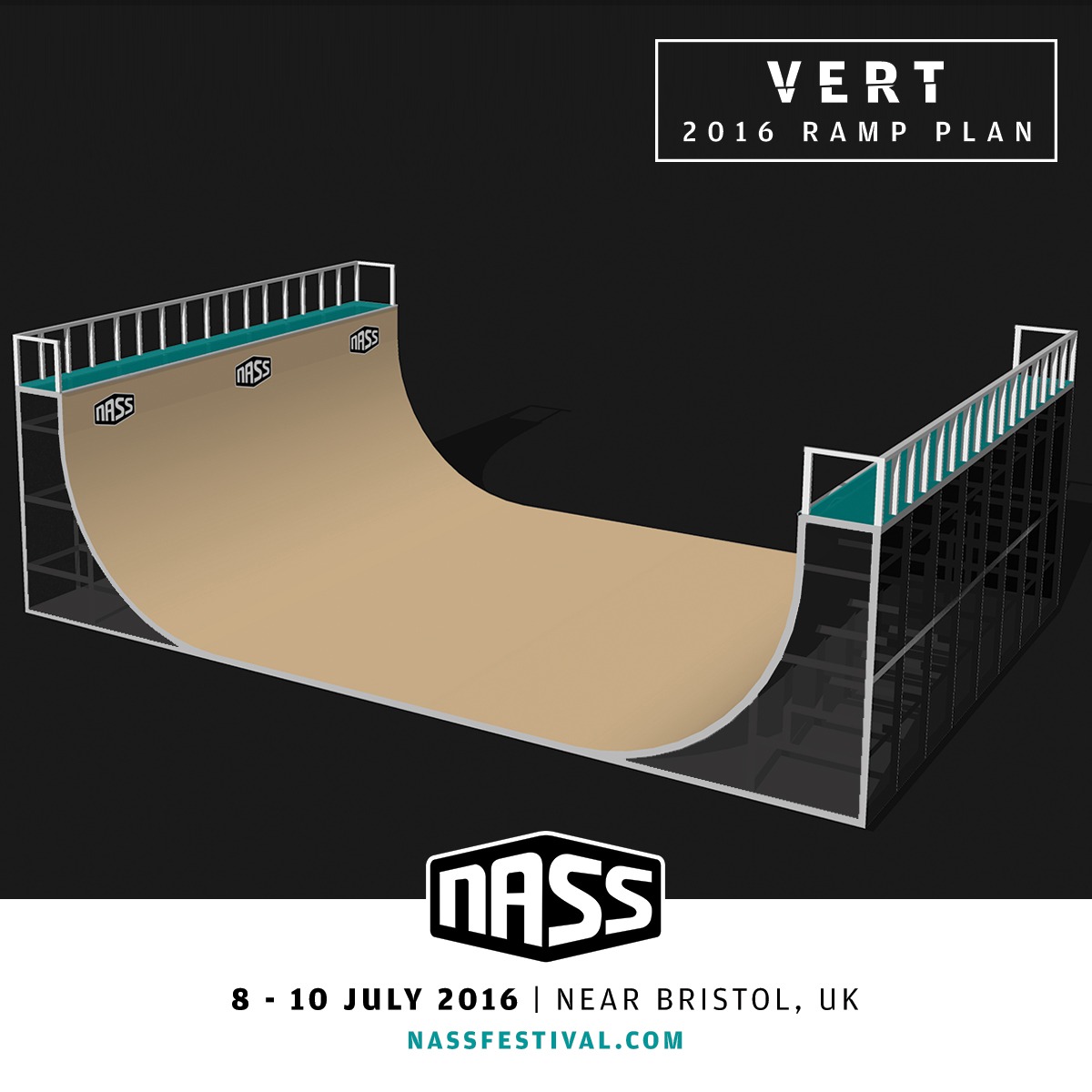 The recent X-Games saw the top 3 Vert finalists all over the age of 40, so it perhaps doesn’t seem like a young mans game, yet last year NASS made the decision to bring it back, and with it, came not only huge vert names like Coco Zurita and 2016 X-Games silver medalist Simon Tabron but also brought some new blood to the scene too, all of which are set to return for this years Worlds title event, we’ve even got Mat Hoffman making an appearance alongside this years X-Games bronze medalist Dennis McCoy. Now one to watch out for this year will be Declan Brooks. He’s likely to enter and do very well in all categories other than flatland, and he’d probably do well at that if he wanted to.

And let’s face it, The Worlds just wouldn’t be the same without Flatland. It was where the whole history stems from. Although a bit of a dark art, and similar to vert in the fact that it never gets the respect it deserves, I think the important inclusion of this will open a few peoples eyes to how incredible this part of BMX really is. 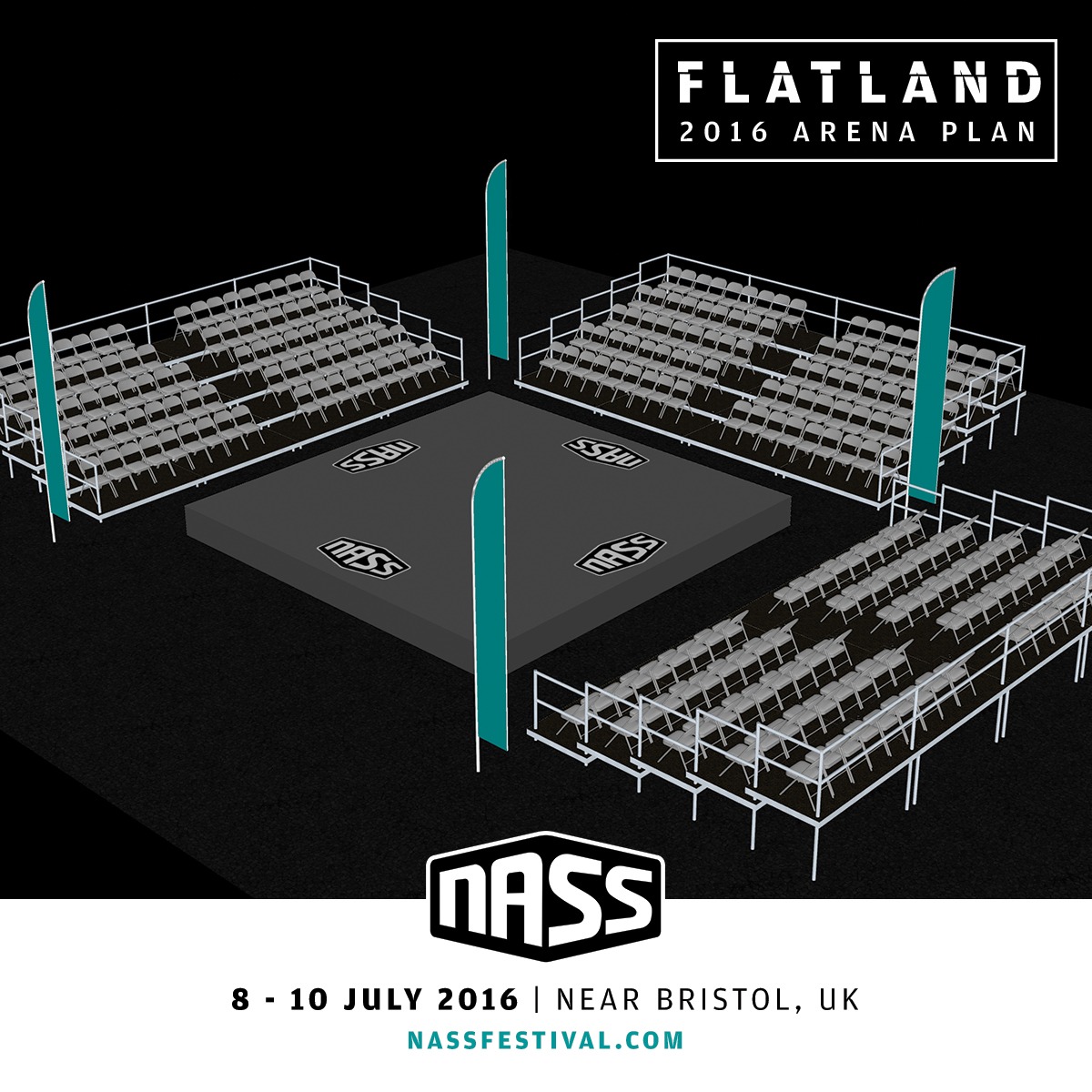 For some strange reason we had a huge amount of 'Life Behind Bars' photos sent in via our RideUKBMX FB Group after one person posted... 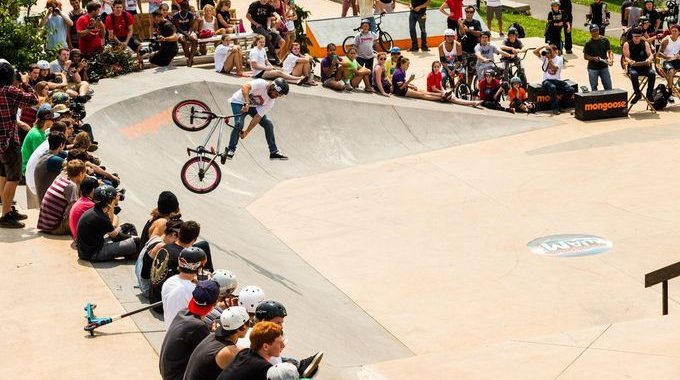 It's FRIDAY RANDOMS time again and this week I thought I'd get all EMO and talk about the way BMX makes us feel. It's a... 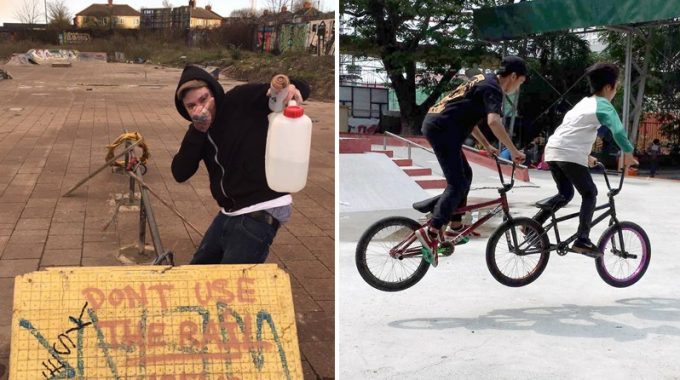 I was listening to a bit of Biggie Smalls in the car today and one of my favourite tracks came on; ’10 Crack Commandments’ – It... 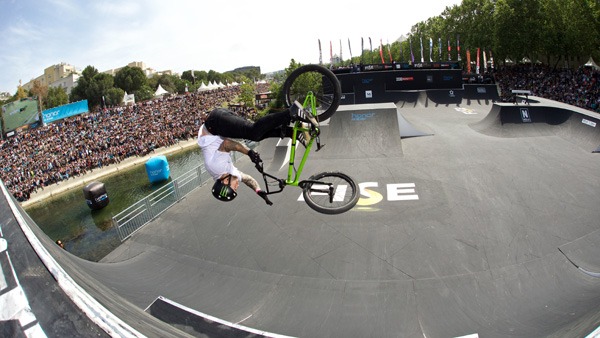 FISE WORLD: Croatia - Save The Dates!

FISE World Series second stop will take place in Croatia from July 15th to 23rd in the city of Osijek. Stay tuned on Ride UK...

FISE WORLD: Croatia - Save The Dates! 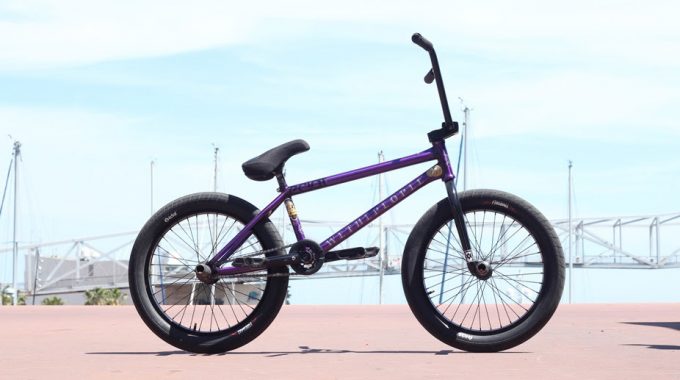 The Wethepeople team are currently out filming in BCN for their newest video project FOUNDATION so they took a few snaps of Jordan Godwin's fresh...