Immediately after the BMX Freestyle Park contest aired in Tokyo 2020, we wrote this about Charlotte:

“Charlotte Worthington has been going from strength to strength, we already knew that, but she hadn’t shown all her cards until the final.  She went beyond what we expected and it was properly thrilling to watch!

The world’s first 360 backflip in women’s competition, a frontflip, a flair, a huge backflip and a nice 360 on probably the most intimidating part of the course, the best wallride we saw from anyone out there – Charlotte absolutely bossed it.  A truly inspiring performance.”

That’s how we still feel about the whole thing, so we’re sticking with it!  But we hadn’t had a chance for a catch up with Chazza since the media frenzy surrounded the Olympic Champion – until now.  We’ve included some photos from a meet & greet at The Asylum Skatepark, which is quite fitting as that’s where Charlotte learnt the 360 flip.

Read on for her thoughts on the craziest summer ever.

I’m not sure it ever will! When I look back at the footage it puts me back on cloud 9 every time and I think ‘How on earth did we actually pull it off!?’

– What’s life been like since winning the gold medal? Try and sum it up…!

NON STOP and INCREDIBLE. I’ve tried to take every opportunity that’s come my way since getting home and make the most of telling the world about BMX while they’re still listening. It’s been a rollercoaster of meeting incredible people, public speaking and mingling with celebs, to sometimes just wanting to get back to riding my BMX in quiet little Corby haha!

After having this experience I feel like I can open my eyes to further challenges, it really proves big risk big reward, it feels like I can set my sights high for the future inside and outside of BMX.

– What feels the same?

BMX will always feel the same. Nothing can take away the enjoyment of getting lost in the moment and the fear of new tricks on a BMX, and I think that’s so humbling.

– What have been the coolest things you’ve done since the Olympics?

I was taken to the ITV Studios to be interviewed by Eamon & Ruth the minute I got back in the UK, and not long after I was up north doing the Olympic Review with Clair Balding – the media demand was insane. The TGI Fridays ad was a laugh, and I did some gags for kids TV. Most recently I attended The Sun’s “Who Cares Wins Awards” where I shamelessly collected some serious selfies; David Beckham, Rod Steward, Prince William and more… who could blame me?!

– What have been the weirdest things you’ve done since the Olympics?

Definitely getting Slimed (Gunged to my generation) live on CBBC Saturday Mash Up, which is like the new Dick n’ Dom in da bungalow. I was pre warned I’d get some strange messages on social ahead of time, haha.

– Does it feel good to have some normal BMX sessions again? Or are you keen to get back into contest mode soon?

My goodness, it felt amazing to have normal BMX sessions again. The last 6 months have been so intense. There have been highs and lows; training in USA with Jamie, nursing multiple shoulder injuries, success at the worlds, riding private sessions every day at the Team GB course and having to do my biggest tricks every day… it was so incredible and so tough. I hadn’t had a ’normal’ session with the locals since 2020 because of Covid and my travelling schedule. It felt like such a relief and you just fall in love with the sport all over again.

Saying that, I do miss the structure, I’ll definitely be getting back into contest mode pretty soon as I have some goals to hit, and especially now I know just how much you have to be ‘all in’ to achieve them.

“It felt amazing to have normal BMX sessions again.
The last 6 months have been so intense.”

– Going into the next big contests, we can’t help but feel the standard has been raised massively, thanks to you. How do you feel about that?

I’m honoured to have had such an impact on women’s BMX, and of course it’s with so much help from my support team that this was made possible. Through so much guidance from those that have been there before, trick advice and shoulders to cry on we managed to pull it together at the right place at the right time. During practice we made an impact when we unveiled the 360 backflip amongst other segments of run, I had a lot of people approach me and give me respect knuckles. It has definitely raised the bar and I’m sure competition is going to be tough in the future, risks will definitely be taken by everyone.

– Let’s talk about the actual winning run. Was that the dream run you planned out, or was there anything else you wanted in there?

That’s the exact run we had planned. Some sections came obvious to me, back when the course design was first released the first thing I saw was the flip spine to 360 flip the box, which at the time felt a million miles away.

There was more we were hoping to put in, but 6 weeks out from the games on my first session back after Bronze at the World Championship, I dislocated my shoulder for the third time. This thew a spanner in the works (or maybe it was the icing on the cake…), I went straight to BC HQ for an intense 12 days of rehab getting everything working again, before throwing myself back on the bike in a shoulder brace, leaving us with 4 weeks before that fly date.

With the time limit of getting my confidence back, and then time to practice the big tricks we decided to completely focus on what we needed and could do. This narrowed down the list to what we put all our attention on. It was stressful to say the least, but getting through such a hard period – regardless of the result – was such a proud moment of my life. I’m tearing up just writing and reflecting on this.

“It was stressful to say the least, but getting through such a hard period – regardless of the result – was such a proud moment of my life”

The way we planned the line left us with one spot for whips on the course – the quarter to vert. In that 4 week period we were figuring out which would work best, but I was finding it very hard to get back on whips with my shoulder, and the flair became the natural answer as it was what came back quickest to me… All very tactical and also at the mercy of my injury.

– Had you done that exact run on the Team GB olympic course before the event? How did you put it all together?

Nope. I had done it in segments, the 360 spine to front flip, the flip spine to 360 flip and the lines from the hip and wall ride, but I’d never put everything into one run.

– How did you prepare your fitness for a run of that intensity?

Jamie’s workouts are tough, haha! We worked a lot on lean muscle building to prepare for the endurance and heat of Tokyo.

– Landing the 360 flip was a huge, huge moment. You obviously worked hard on that leading up to Tokyo. How and why did you choose that trick? Was it tough to learn?

We were searching for that “Gold Medal trick” for a while, like years before Jamie had me trying a few big things, but after some tips from the master of that trick, James Jones, the 360 flip started to really click for me. I first landed it to resi at the end of 2020, and I kept working on it to foam for a while from then on (during our weekly trips to The Asylum skatepark’s pit, due to Covid Adrenaline Alley covered theirs). I think Jamie was worried it was going to be a one trick wonder because I didn’t do it again to resi until around April 2021 in the USA, but thankfully from all the repetition in the pit it was a lot more controlled. When I did it during practice at the Olympics it was the first time to wood.

We actually came up with a ‘code name’ for it to keep it completely under wraps, especially while out in the USA; Myself, Jamie & Declan called it a “Ferrari”, because we thought if I pull that off at the Olympics and win gold I’ll get a Ferrari! People commented on my Instagram to call it a Chaz Flip, but if I were to call it anything it would have to be a Ferrari… just to clarify I didn’t invent that trick, and I don’t yet own a Ferrari ether haha!

– Do you have any ideas for the next tricks you want yet?

There’s definitely some things that didn’t make it into this Olympics this time, and one of the main reasons the Ferrari was such a success was because no one knew it was coming. I have no idea really what tricks I’ll be doing in 3 years by 2024, because look at how much changed from when you first interviewed me about the Olympics in 2018!

– What do you think or hope your medal will do for women’s BMX in the UK?

I hope it inspires those competing to push for new heights, newcomers to get involved and everyone to DREAM BIG. British Cycling have announced an increase in funding for Freestyle and will be creating more opportunities for the olympic pathway, we’ve already seen an impact as Adrenaline Alley are offering a ‘Girls Ride Free’ on the last Sunday of every month, I’d love to see more of this!

– Give us a message for anyone who’s inspired to start riding from seeing your performance in Tokyo.

Dream big and be all in, you never know where the road will lead you if you give it your all. Most importantly, have fun, there’s not much that’s more rewarding in life than BMX. 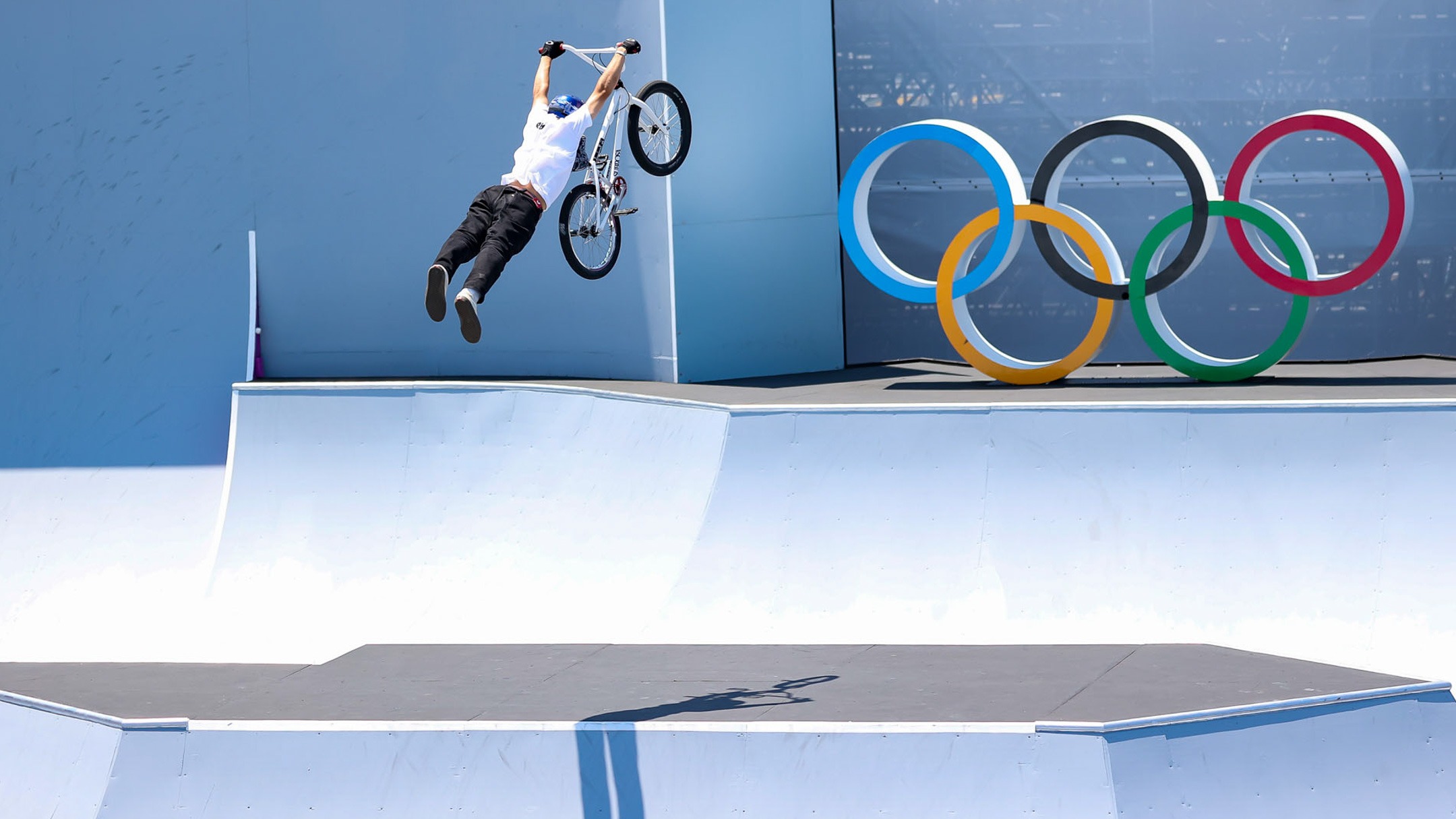 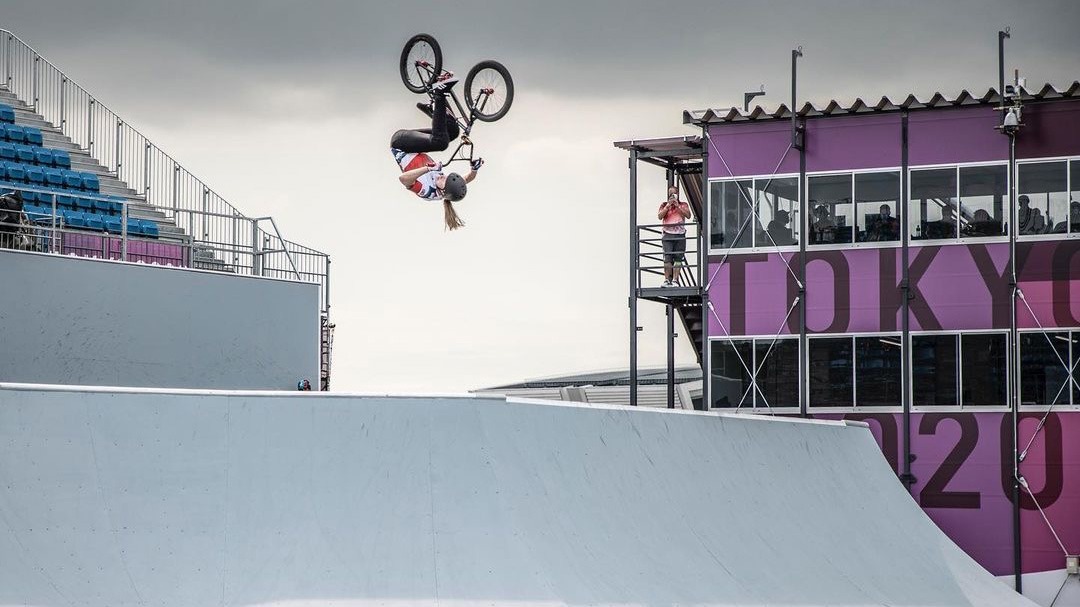 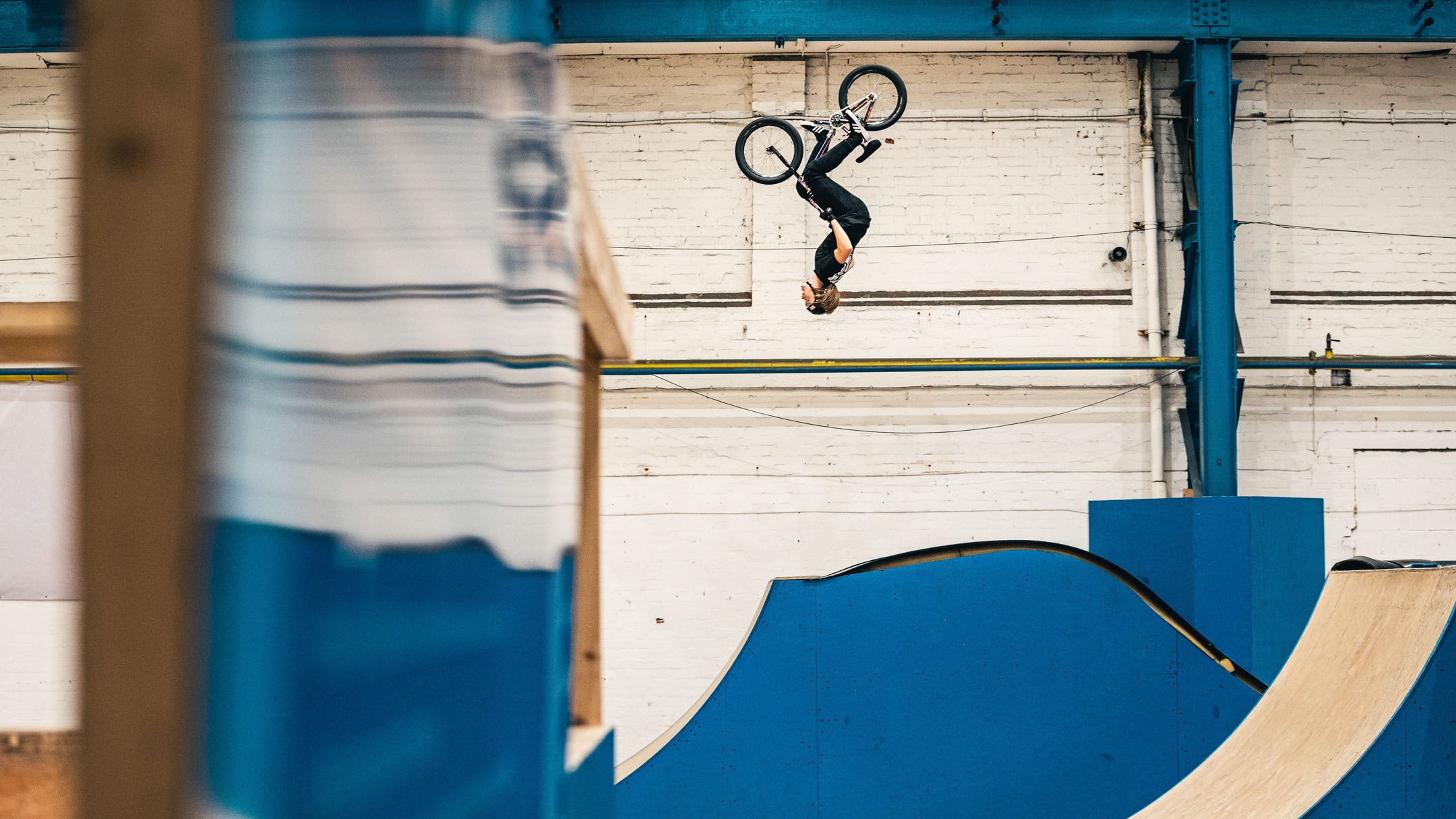 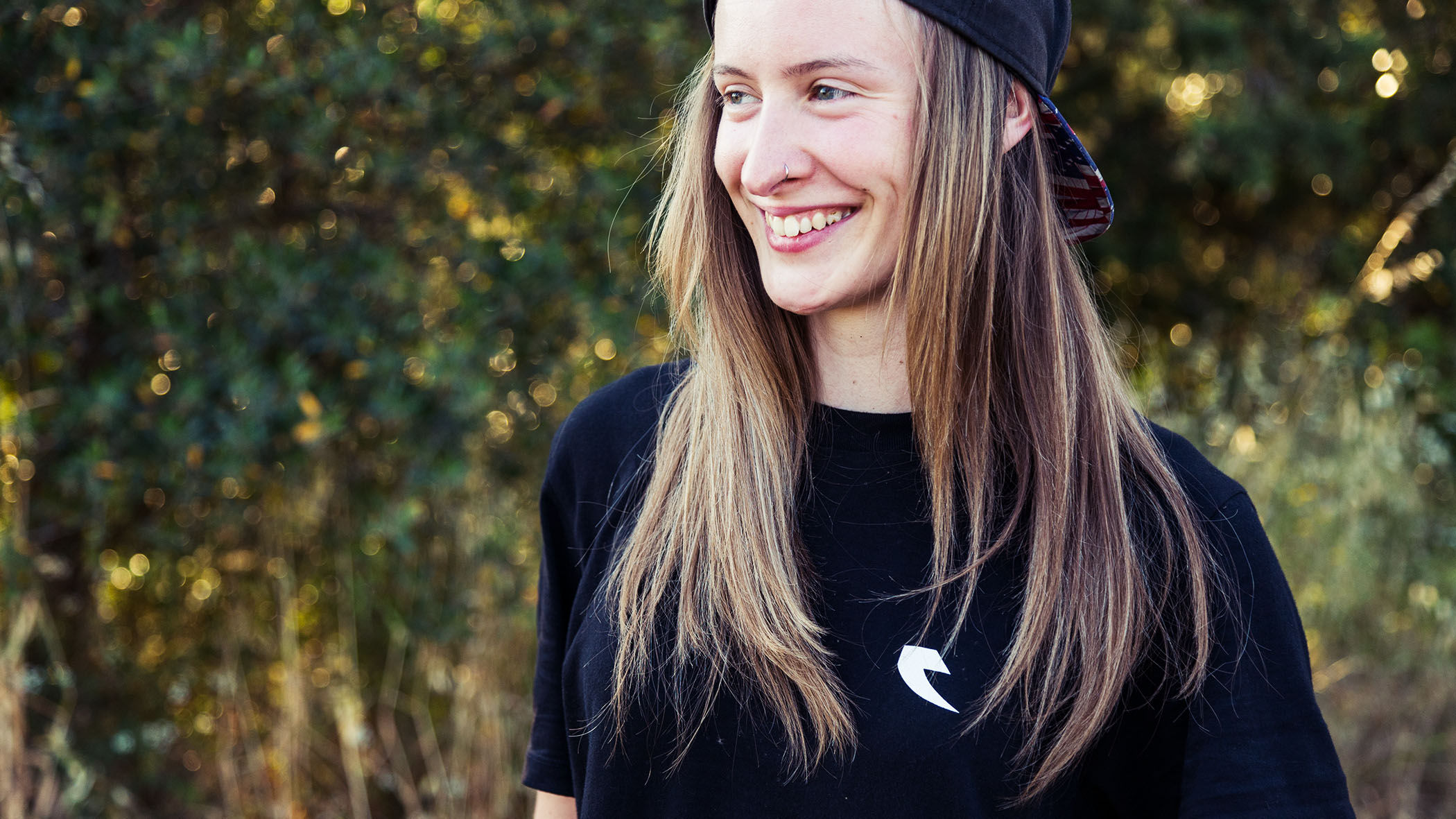 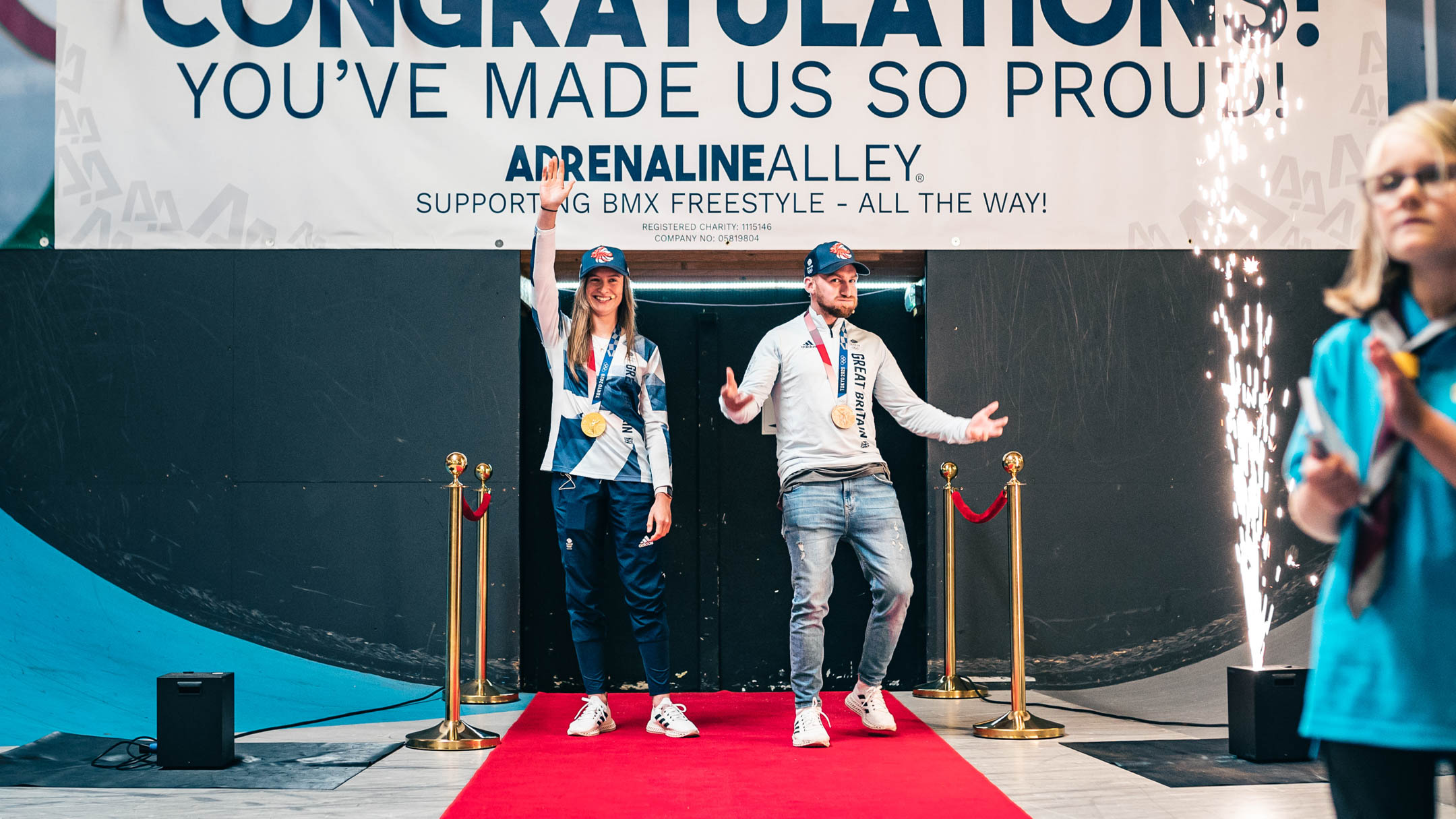 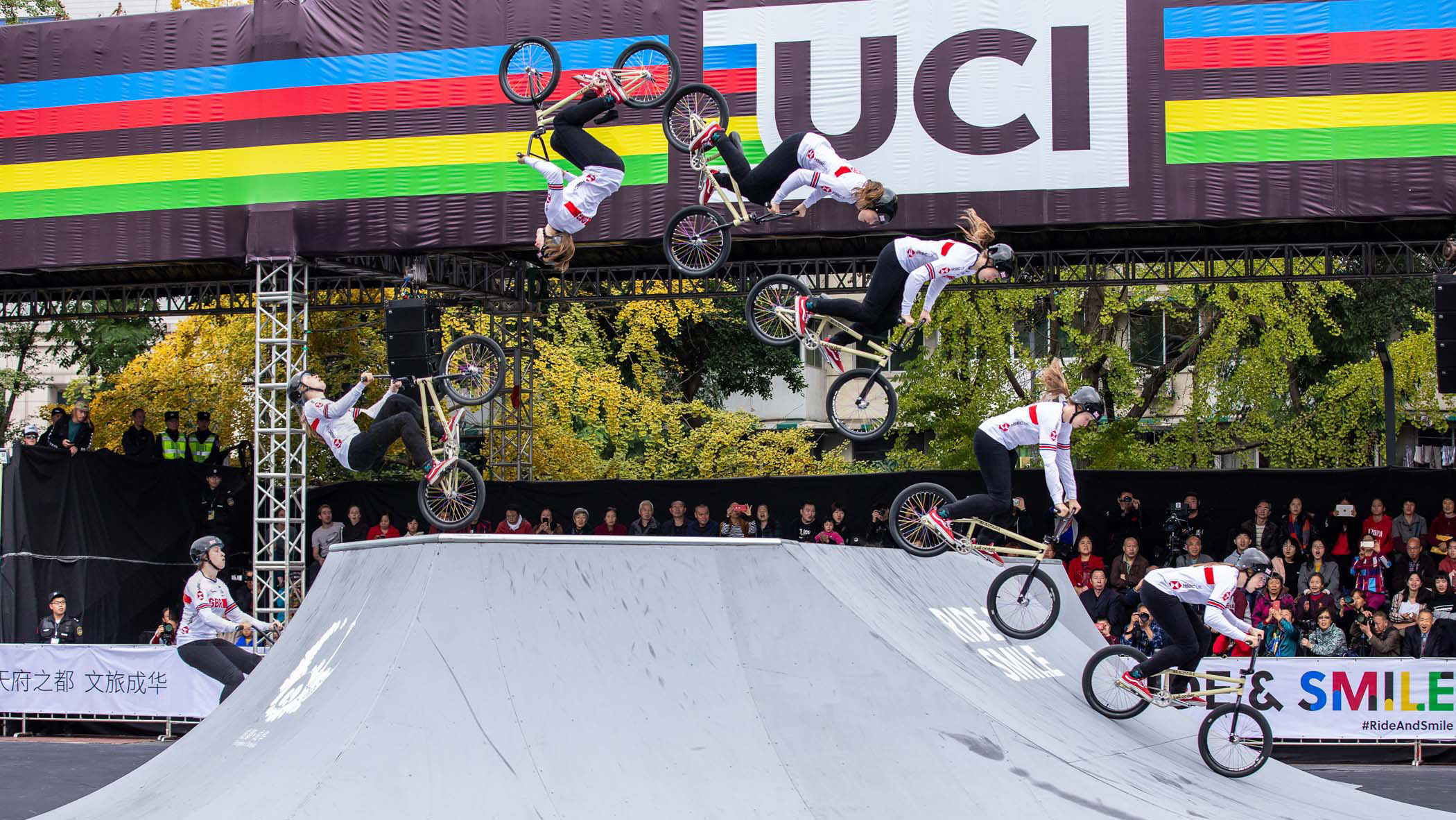 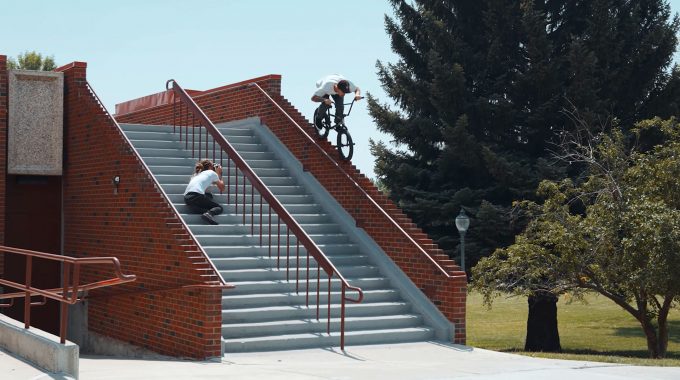 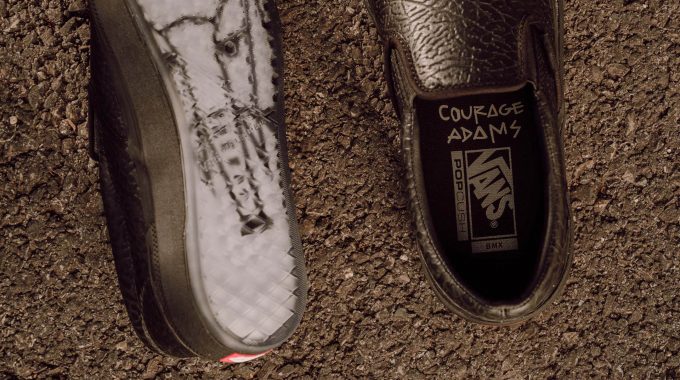