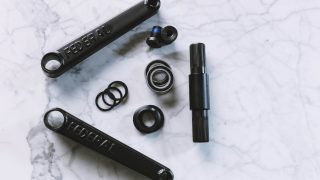 Federal released the Vice cranks fairly recently, only a year or so ago. It’s clear they took their time in designing them, making them different to a lot of cranks out there.

“The boxed shape on the Federal Vice Cranks helps lock in crankarm grinds – the flatter surface makes them more stable.”

What Federal have gone for here is a box section crank. It’s a completely different style to the tubular profile of traditional three-piece cranks, and it allows them to fine tune the level of stiffness. Besides that, the shape genuinely helps lock in crankarm grinds – the flatter surface makes them more stable.

A nicely embossed logo faces out and is rounded enough to be purely aesthetic – you won’t be snagging your ankles on a stray ‘F’.

“When we first discussed making a crank we had to decide on spindle size – since frames use Mid BB’s there are 3 options – 19mm (3/4”), 22mm and 24mm (15/16”) – to choose from. We ruled out 19mm pretty quickly, debated between 22mm and 24mm before settling on 24mm. Even though the ball bearings in the 24mm are slightly smaller than the 22mm we felt that the much stiffer and lighter spindle combined with the increased interface between the arms and spindle was a better trade off. We’ve always made our sprockets with centre holes 23.8mm (15/16”) diameter – 24mm cranks are technically 23.8mm so having a crank in this size means that our sprockets fit directly onto the spindle without the need for a sprocket adapter.” –Federal Bikes 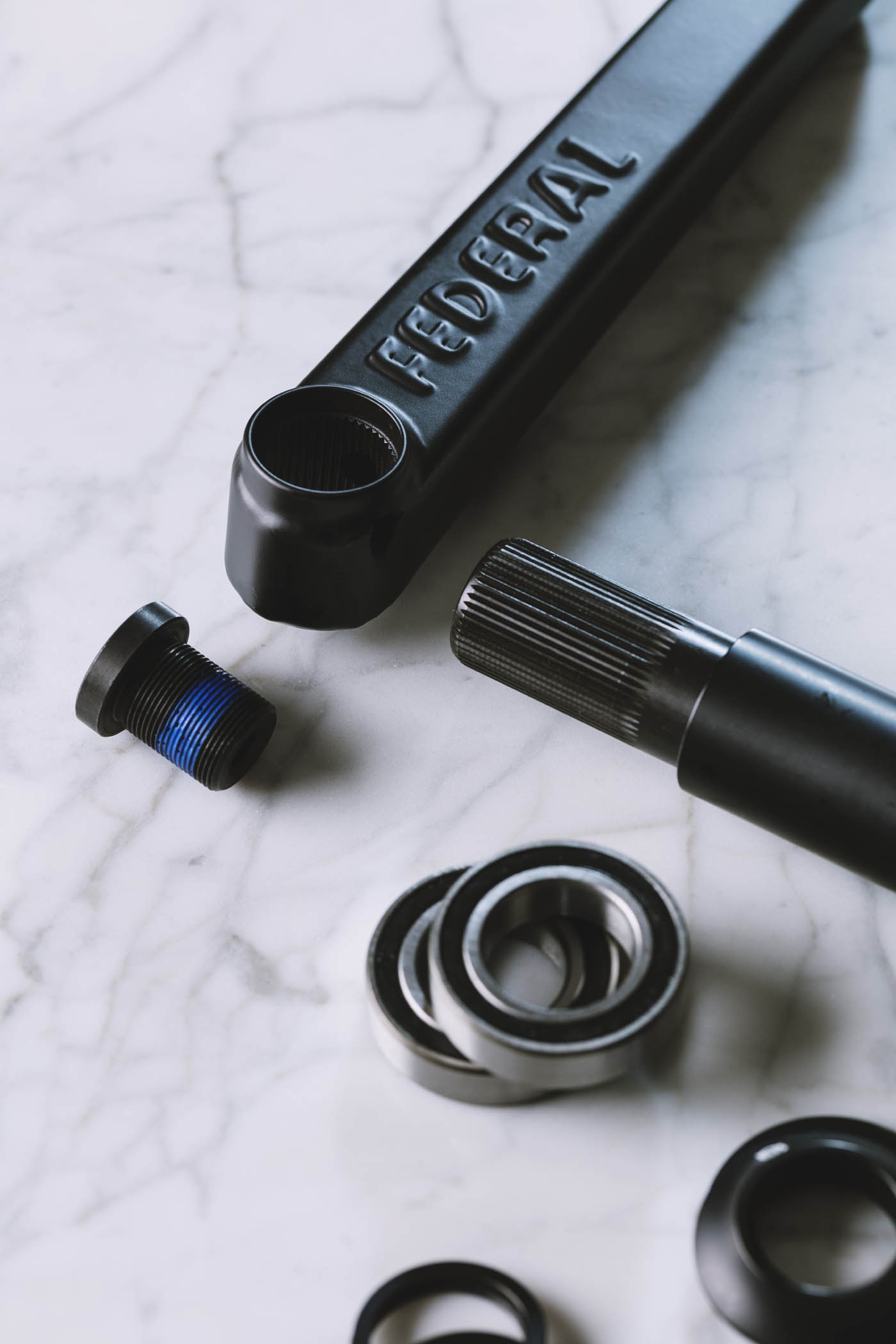 Federal say the Vice cranks are designed to take all the abuse of the modern street rider. In that case, they’re good and strong. Both the spindle and the arms are heat treated. They’ve used a 24mm hollow spindle – this size makes the whole set up nice and rigid, while the internal machining keeps the weight reasonable.

There are a few other nice design features that put these cranks up there on our list. For one, they come with a high quality Federal 24mm mid bottom bracket – always useful when setting up new cranks, plus these things are left and right compatible so you don’t need to worry about which side drive you run. Also, the spindle bolts are good for either 8mm or 6mm allen keys, which is definitely useful if you lose your 8mm and need a backup. I mean, someone’s always got a six…

To top it all, the Federal Vice cranks come in an array of colours to suit your setup.