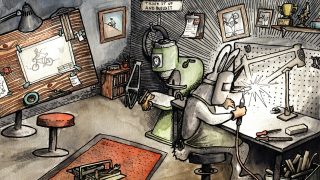 “Bernie is a master bike builder. The bikes he designs and builds are sought after by bike racers all over the world. However, none of his close friends seem interested in riding bikes. After a discussion with Monty the Corgi he realises that his friends think they can’t ride bicycles because no bikes fit them. Bernie takes on the challenge to build his motley crew of pals custom bikes that they can ride. It takes all of his creativity and skills to design and build special bikes for T-rex, Bat, Shark and more!”

Read on for a little interview with Taj…  Also, we’ve got 3 copies of Bernie The Bike Builder to give away!  Tune in to the Ride UK Instagram to be in with a chance of winning a copy.

​– How did the idea come about for the story and then turning it into a book? Is it something you’ve always wanted to do?

I’ve had this story stuck in my head for years and the idea to make it into a book. Sometimes it is hard to pinpoint where ideas come from but when they are shouting at me like this one I just try to go with them.

– You’ve been illustrating a lot of things that people have seen online. Did it feel like a big step to go for a fully print project on your own?

Yes. There is something really cool about taking vague thoughts in your head, sifting them around until they are coherent and putting in the work to get them on paper. Bringing all the pieces together into something that actually exists in the real world (a book you can really hold) has been super satisfying!

“BMX for me was all about creativity.
That’s really all that was going through my mind.”

– What is it about bicycles that resonates so much with you? Why do you think the simple act of bike riding appeals to such a wide range of ages, cultures, etc?

I could write a book about this subject too! BMX for me was all about creativity. That’s really all that was going through my mind. What do I need to learn to do something new? What hasn’t been done here? Is there a line I haven’t found yet?  You gotta’ drill yourself on the skills and ride a lot to be able to do something new of course but I was always searching for a way to put my spin on whatever riding I was doing. That was very fulfilling… creating makes me happy.

Now days I mostly ride big bikes. They’re fun for a completely different set of reasons. It’s just good to be out in the woods pedalling and sweating. Enjoying just rolling around on two wheels… maybe get a bit of a rush on a flowy downhill bit but none of the overcoming fear battles from BMX days. And, I guess I needed a new place to focus my creativity so I’ve been drawing a lot more.

– Who were your inspirations for the story?

My grandpa a bit. He was a master carpenter and I wished I’d spent more time with him learning the practical skills to make cool things. Instead I mostly just lived in my imagination dreaming about things but not really seeing that if I worked hard, learned the skills, I could make the things I thought of real.

The story is fairly fanciful and this idea is not really spelled out in the book but the inspiration for me was that realisation. I meet too many people who think they aren’t creative or who think they can’t get their hands dirty and build something (meaning physically building something or making a book). I think it is important to realise that if you have a good idea you can work towards making it reality.

– Will there be any characters in there that people might recognise?

My dog Monty sets off the story, but probably most of you haven’t met my dog! A lot of my usual characters that I draw a lot are in the book, but they don’t really represent anyone in particular.

“I think it is important to realise that if you have a good idea you can work towards making it reality.”

– What goals do you have for the book?

I think I really just wanted to make the book real. If I’d wanted to make a commercially successful book I think I would have written it a bit differently, maybe told a different story. This book was really more about getting this story out of my head so I could move on to something else.

– How was the creation process in general, fun or a slog? Do you see yourself doing it again in the future?

I loved it! Kind of hard to find time for all the work since I couldn’t stop my other work, but it was enjoyable to see it all come together bit by bit. For this project I worked completely chronologically. Painted all the paintings in order, wrote the story in my head as I was painting. I will for sure do more projects. I have so many ideas.

– Are you doing a limited print run, or will you print more if the demand stays high?

The book is on Amazon right now and probably other online sellers. I just did a limited first printing direct from me that are signed and numbered. I’m going to be shipping those out over the next few days.

– Outside of Bernie the Bike Builder, what have been some of your favourite projects to work on?

BMX video projects were always fun. A lot of the Fairdale trips we did were super cool and felt like projects because we tried to document them. Our trip to ride the French Alps was great fun. The Mat Hoffman and Lars Ligament animation I did was a big accomplishment. Interviewing Mat, cutting the audio, animating it all… that was a big project since I had never done any of those things before!

– When working on your new book, how much of a badass are you for that downside whip gap at backyard jam?

I drew some posters for the Vans Pro Cup series, I haven’t told anyone this but there’s a downside whip character that is based on photos of me. Just thought it would be funny to sneak my past self into this modern comp.

Taj Mihelich, legendary downwhip, a cool 17 years ago at Backyard Jam in Derby. There’s a little interview with Taj on the Ride UK site now, mostly about his new book but slightly about this tailwhip too… #BMX #UKBMX #backyardjam #cassette #rideukbmx 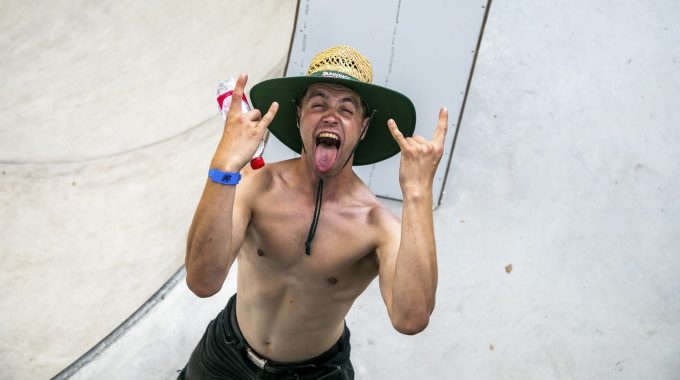 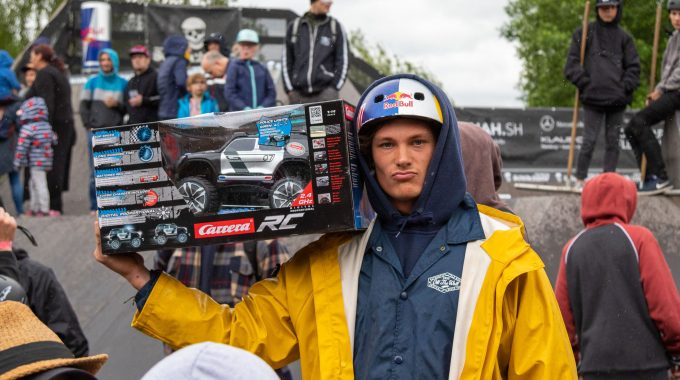 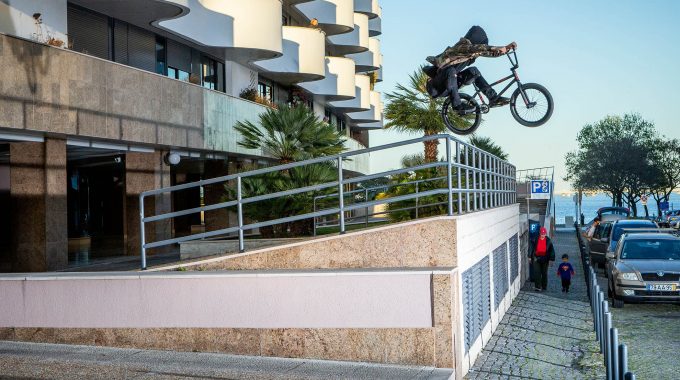 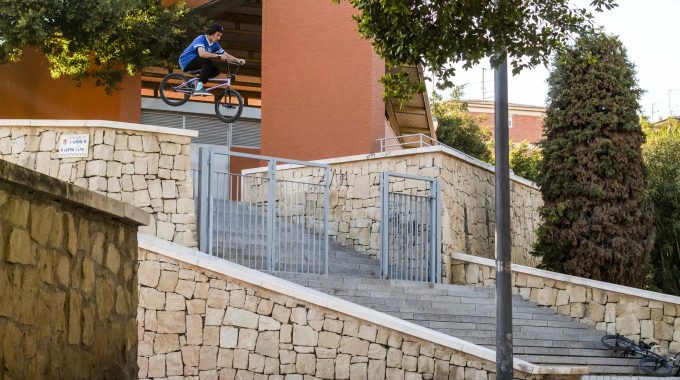 10 shots from a random trip full of sun, sea and spots 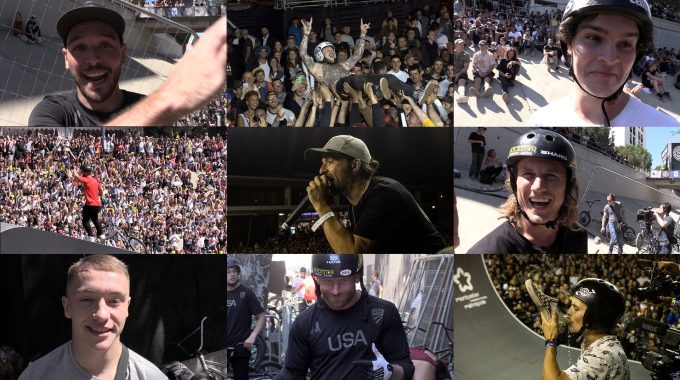