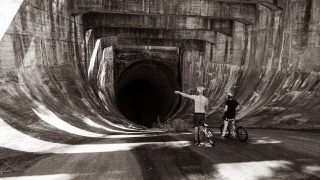 Sebastian Keep and the whole squad at Tall Order are no strangers to crazy spots. If you follow their Youtube videos you will have seen them ride some of the most ‘out there’ spots in the UK, such as the sound mirrors in Kent and a sketchy full pipe up north.

Bas Keep comes from the school of Owain Clegg – his contemporary, widely regarded as the master of finding and riding remote and wild locations in the UK. He’s been doing this for years, often down drainage channels and pipes that exit reservoirs. Why? Because it’s this sort of engineering that produces some of the most impressive spots. We’re talking about big concrete transitions, full pipes and strange shapes in the earth that direct high volumes of water. If you think about it, square edges have a weak point for water erosion whereas transitioned walls lend themselves better to helping water flow smoothly and efficiently. That must be a reason why there are often trannies to ride in these kinds of locations.

“Not publicly accessible, a little bit of trespassing, ropes and bikes and cameras down into the earth… This is a wild kind of street riding!” 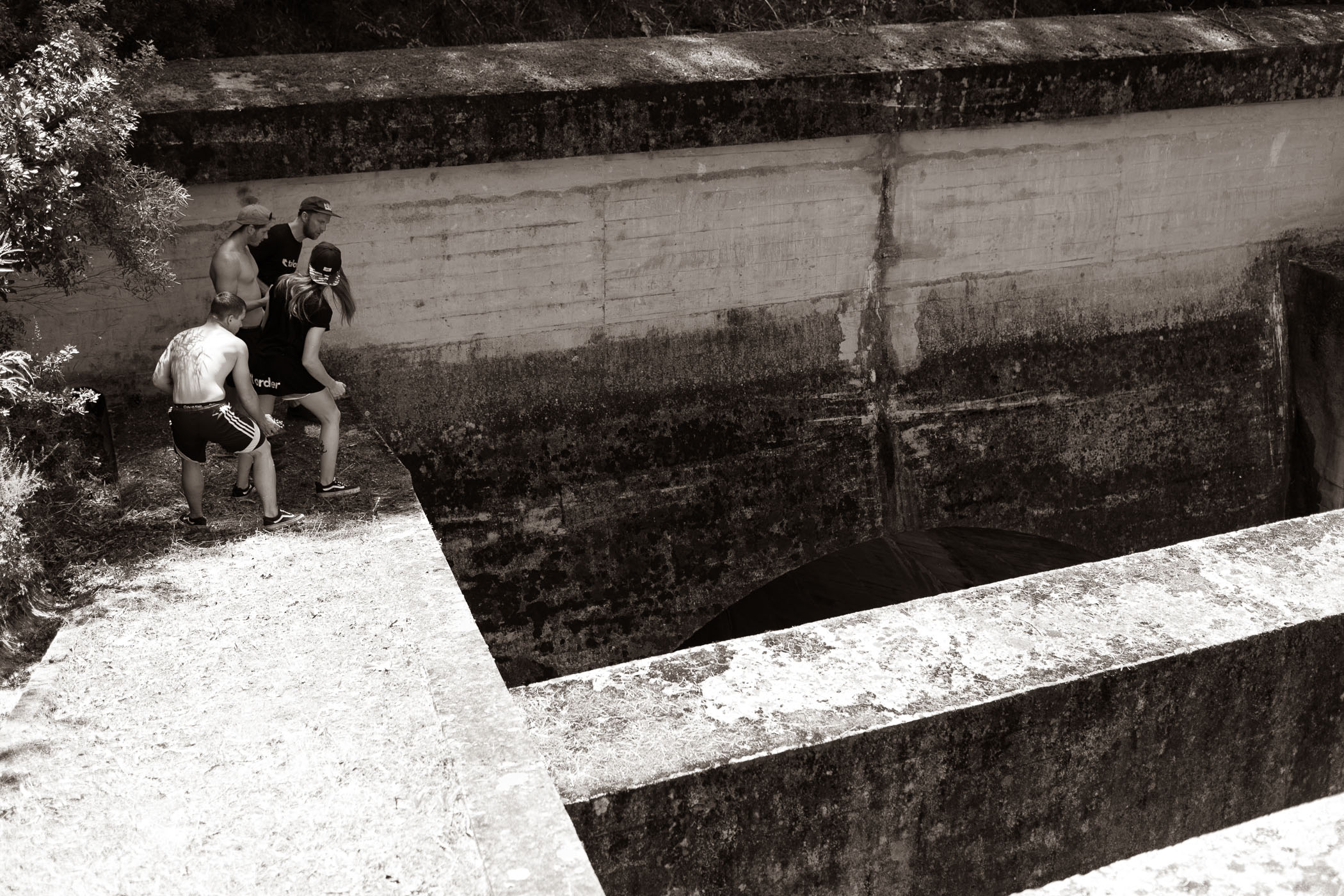 Anyway, Bas decided to take some of the Tall Order crew over to Portugal to ride one such spot – the ‘Whale’s Stomach’, as coined by Paulo Martins. This is a place that has to be up there on the list of the world’s wildest spots… A huge full pipe and a steep downhill transitioned channel, like a giant half pipe. Carving at the walls off-camber will never feel safe, especially in the wet… But that’s what makes it so rad. It’s an incredible spot, gnarly as hell, very intimidating and scary to ride, with a unique structure that makes it super photogenic. You spend a lot of time there just staring at it, and then when you take your camera out it’s pretty hard to shoot a bad photo.

“Carving at the walls off-camber will never feel safe, especially in the wet…”

I was first shown this place by João Soares, in much drier conditions with better preparation. When Bas showed up with Charlotte Worthington, Kieran Reilly and Oli Jones, it was seriously hot, around 34ºC, but recent rainfall meant that the spot itself was far from dry. Plus, we forgot ropes so we had to scale the (sketchy, broken) ladder with bikes and bags and it was a full team effort to make it all possible. I was stoked to show the crew this spot, and even more stoked on how they reacted to it. What a day… Read on for some insights from the boss man, Bas Keep. 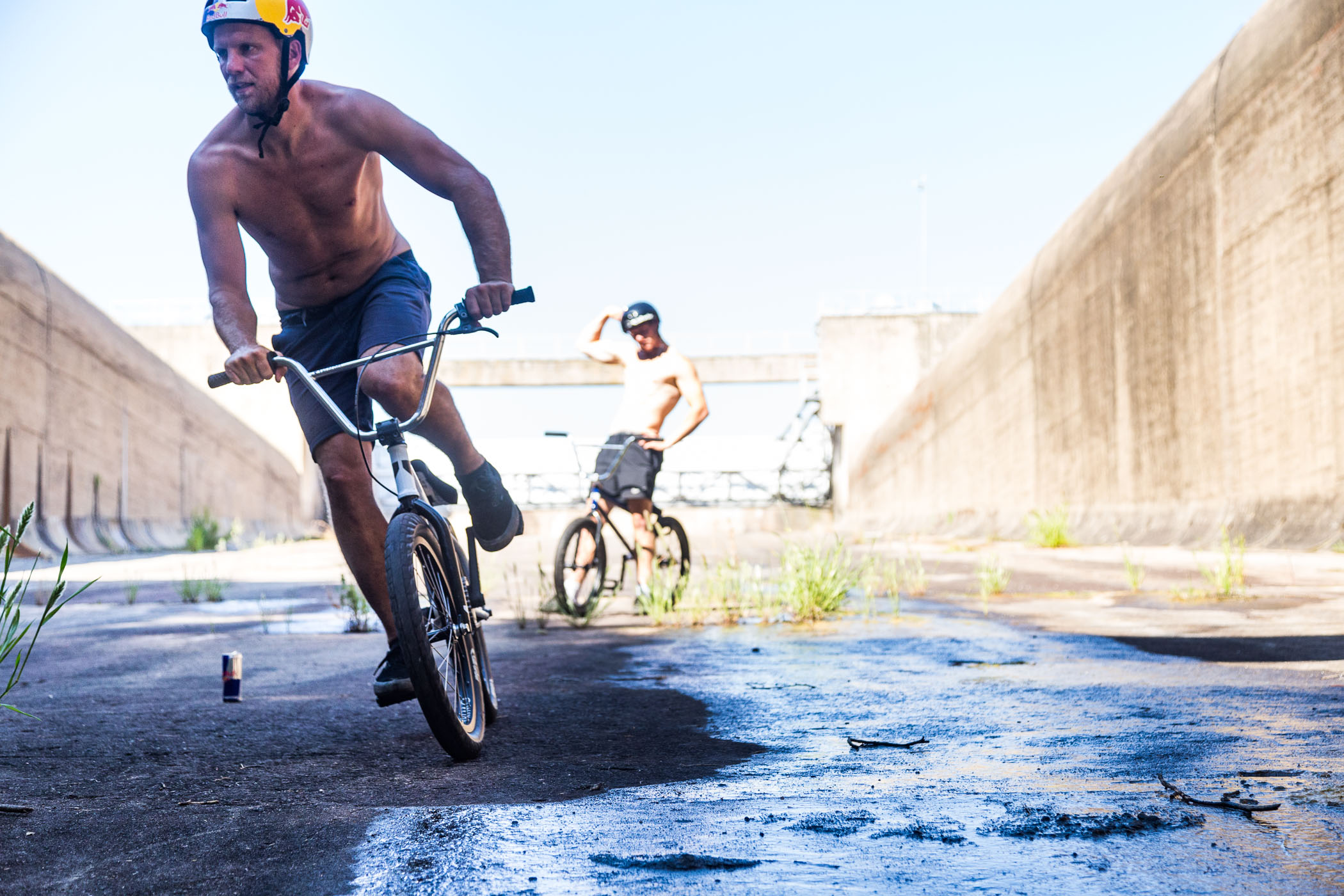 – Why did you choose to go to this spot?

“We try to hit a lot of unique spots around the world and if it’s crazy looking and it looks like it’s gonna make a fun adventure, we’ll always make the effort to try and get there. It always makes for a different day and an interesting video. We end up with lots of good photos and footage and memories, and it’s always fun to spice things up a bit.”

– How long has this spot been on your hit list?

“Ever since Anthony Pearson’s Ride UK Lifework video came out… I saw that, then said, ‘I need to go there.’ I actually thought it was in Austria, for some reason. We went to Austria last year and I kept on about it the whole trip, asking when we were going to the full pipe, haha. It’s been at least a year of thinking about coming here.”

“Definitely, such a sick day.”

– What would be your top three moments?

“Definitely the last thing that happened – Kieran riding down all the way to the end of the pipe. That was nuts.

Kieran’s flair too, he sent it so high, and his feet came off in mid air! He still pulled it though.

– Do you think some of the other female riders might not have ridden this spot?

“Maybe not, but I’m just not sure, it’s so gnarly! The girls scene is still small but it’s been growing a lot recently, which is really cool, and maybe Charlotte’s one of the new generation of female riders to go on this kind of adventure. Hopefully it might inspire other girls to go out and ride some different stuff too.” 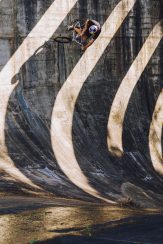 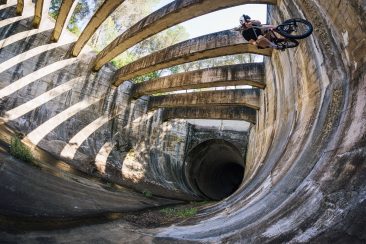 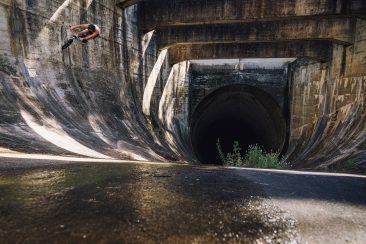 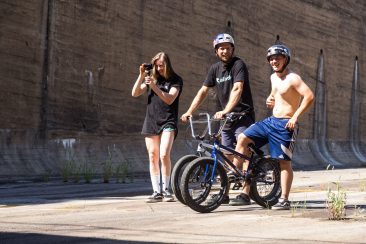 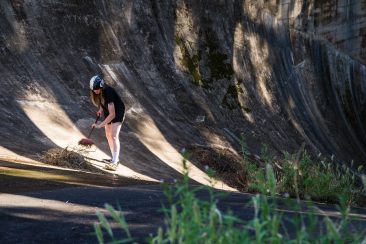 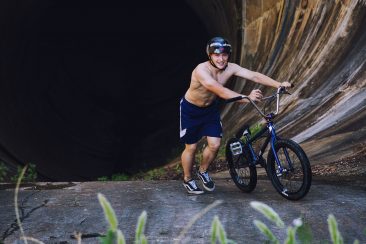 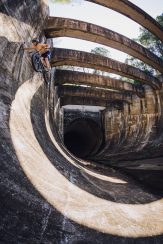 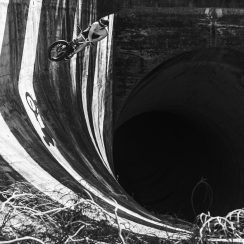 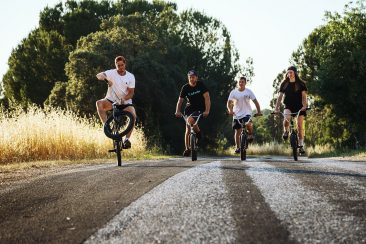 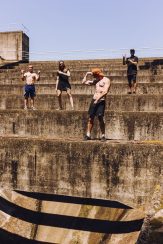 As I mentioned above, the floor of the spot was super wet and slippery. It was a real mind game, forcing yourself to trust in the grip of your tyres each time you took a run. The crew put full trust in the Tall Order Wallride tyre that day! 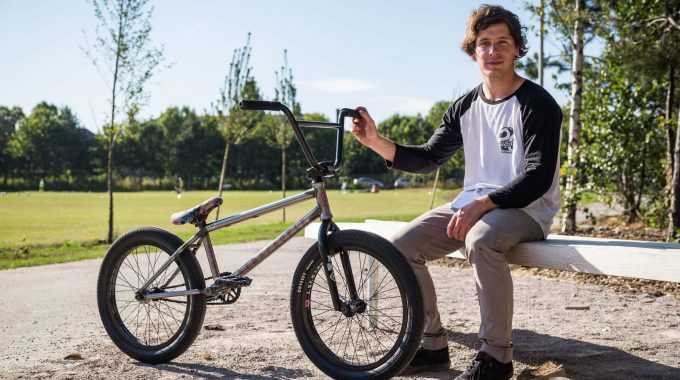 Brad McNicol on Wethepeople – check out his fresh new bike, some great riding, and future plans. 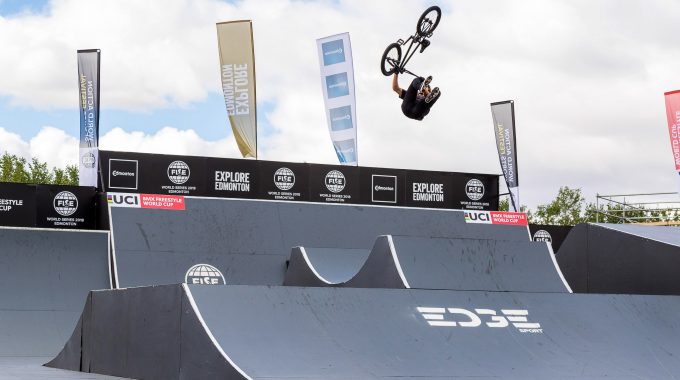 Canada, chips and gravy, a new downtown location for the FISE World Series and some nice surprises! 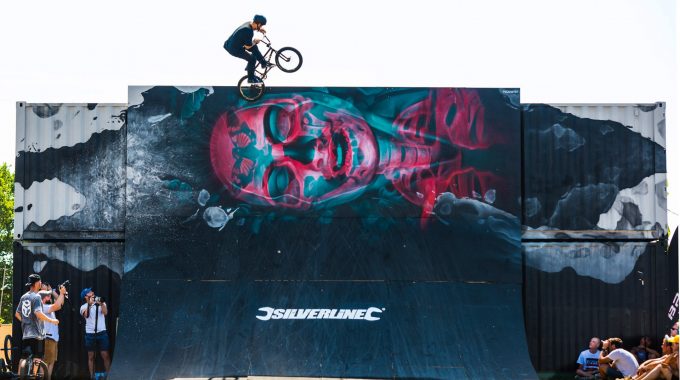 NASS 2018 through the camera of Adam Lievesley. BMX Park, Dirt, Vert and the welcome return of the Silverline Pallet Wallride. 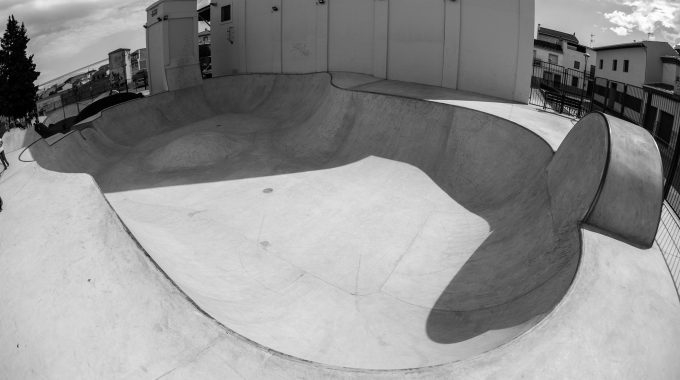 The new Padul skatepark adds another jewel in Malaga's crown. We asked Ruben Alcantara all about this project and his design company, Soul Parks.