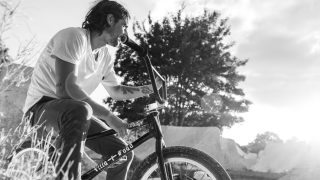 In the last few years, UK trail dog Matt Priest has had some issues with his ankle.  That’s putting it lightly…  As you’ll read below, these issues culminated in a full ankle fusion operation.  That means zero bend.  Matt wasn’t sure if this was the right thing to do, but couldn’t find any information from fellow riders or skaters who had been through the procedure.

That’s why we’re here – Matt wanted to share his story so that others facing ankle fusion can get their heads around what implications it might have on their BMX riding.

Read on for the full story.

I broke my ankle three years ago.  The bone just shattered into bits. It wasn’t a crazy crash or anything, I just rolled my foot, I didn’t even think it was that bad.  The doctor always told me I’d need to fuse it because all the cartilage was so damaged.

– How’s your ankle these days?

It’s good now.  I got an ankle fusion because it was really fucked.  All the bones were rubbing together and just like really painful, so stiff.  So the doctor said that basically, there’s nothing you can really do with cartilage so your only option is to fuse it together, to stop the pain.  I just thought I’d go for it, really.

When we were riding and you asked me how it was, I realised I hadn’t been thinking about it.   Since I had the surgery its the first time I’ve literally been able to just forget about it, which is like such a crazy relief.  You don’t actually realise.  I think you just put up with pain after a while, some days it’s bad, other days it’s not so bad, you just get on with it.

The doctors kept saying it would be better fused, it would just be really weird.  And last summer it just got so bad I thought I’d go for it. 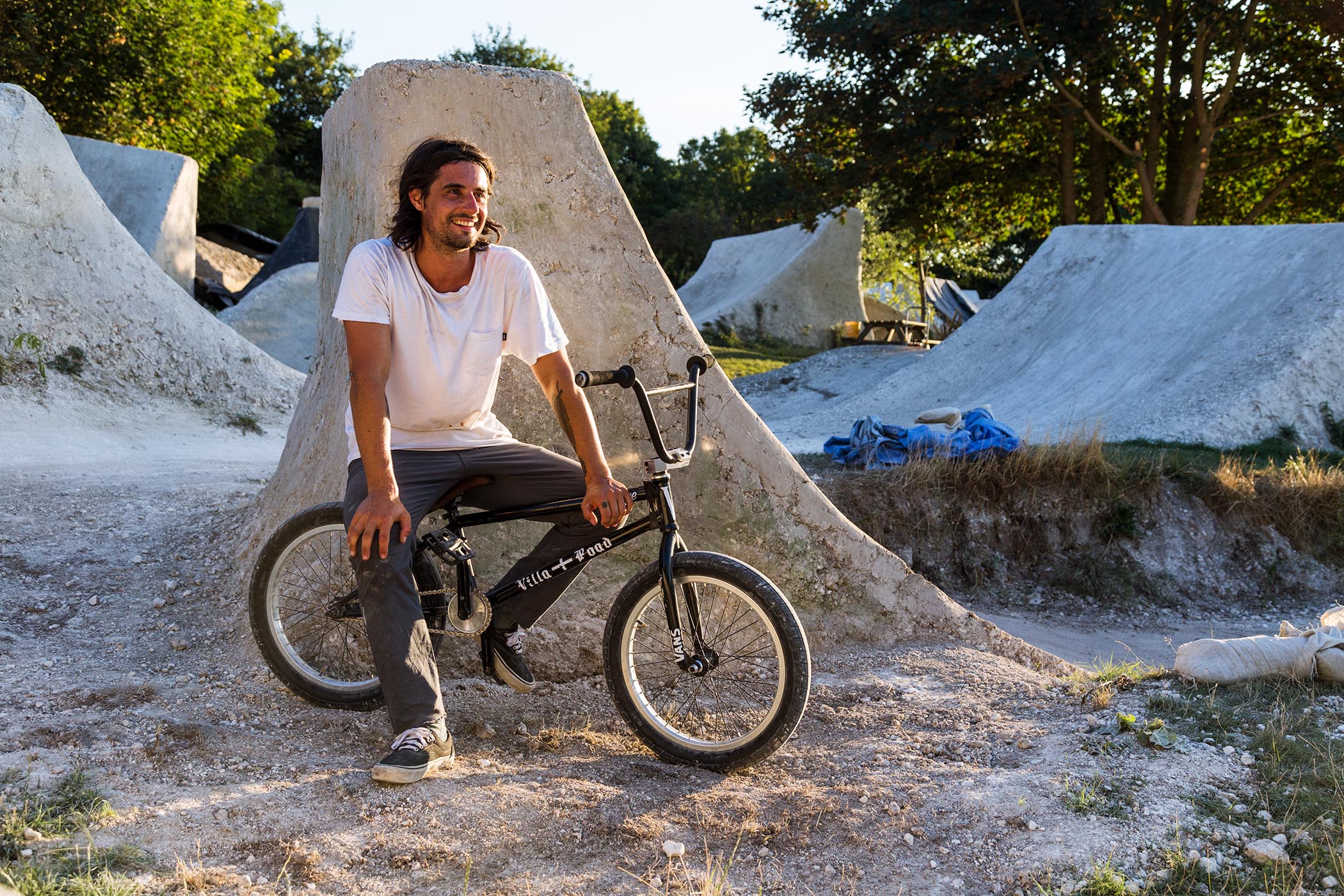 – Let’s rewind.  What was the process?

Well, I told them I didn’t want an ankle fusion.  Because they said I wouldn’t be able to walk properly, wouldn’t be able to run, and riding probably wasn’t going to be an option.  I think they always say that, really, obviously it’s never gonna be the same but everyone adapts to whatever they have.  So I thought I’d test it out for a while.

I let it heal for about 9 months, I started to get on with it, it started to feel a bit better so I was pretty stoked.  It would improve each day, I noticed I gained a bit more movement as time went on.

About 6 months after the doctor gave me the OK to ride again, it just started to deteriorate.  We all went on a big trip to New Zealand, that’s where it started to get really bad.  But because I was in NZ I was stoked to ride and kinda dealt with it.  When I got home I evaluated what was actually going on and it got pretty shit…  I couldn’t really walk.  When it got to that point I knew I had to see the doctor again and see what the options were.

It was so hard because I couldn’t find any info anywhere.  I obviously searched online to try and find other people in a similar situation – people who rode or young people who wanted to be active with a fused ankle.  The only stories I could find online were basically overweight people with bad ankles, or old people.  It was shit because the doctor was saying, “After the operation, you won’t be able to do this, you won’t be able to do that…” but they always say that stuff.  I was just living in hope that it would be alright to ride with.

To be fair, it did get so bad that I really didn’t have a choice.  So I just thought, fuck it, I’ll get it fused. And it’s been amazing, it’s literally changed my life, it’s crazy.  Pretty much no pain in my foot.  It’s mental how quickly you get used to it.  Your body just adapts.  It was always unstable and different every day, but now it’s consistent, it’s the same every day.  Yeah, it’s stiff and it aches a bit, but you just get on with it.

– How long did it take from having the ankle fusion operation to riding again?

It wasn’t that bad.  I’d say after 4 months it felt better than it did before, and then the whole healing process probably 2 months, so yeah, around the 6 month mark.  It’s feeling good now, and the doctor said I’ve got another 6 months ahead of me where it’ll still improve.  I still get a bit of pain here and there, but nothing like before.  Not every day.

I can’t do footplants anymore though!  I might be able to do a little one but I haven’t got much movement.

– Has it limited you? (apart from footplants)

I’d say riding wise, it’s not limited me at all.  I’m a little bit sketchy jumping off stuff, like you can’t run out of a bail in the same way.  Riding trails, you just kinda hold on anyway, so it’s fine, you don’t need to be tiptoeing around.  For street, balancing on rails and maybe dabbing a foot would be different, but for my kind of riding it’s all good.  The surgeon did say that impact is the worst thing for it, so it would be tough if you were into the heavier street stuff.  That would be harder.

I still think that if you’re in a situation where it’s that painful and it affects your way of life, ankle fusion is the way.  It doesn’t even become about riding, it’s more about life in general, that’s what changed my mind.  It wasn’t like, oh I can’t ride any more, it was more like, I can’t walk up the trails with my mates, I can’t walk to the pub…  I didn’t want to keep basing decisions about normal life on having a shit ankle.  The other day I went shopping and I parked right in the corner just to prove a point, because I can walk across the car park now.  I don’t have to keep worrying about it, which I think is the biggest plus.  I’m definitely stoked I got it done, it has changed my life. No doubt about it. It’s insane.

I’d say I’ve definitely forgotten about it, you just adapt to what you’ve got, don’t you?

– Has it changed anything else, like your leg muscles?

Well yeah, I’ve got no movement, I can’t tilt my foot up and down, so you gain a bit more movement in your toes and other bits of your foot to compensate.  Obviously I can’t stretch my calf muscle, it never gets worked.  It’s like, nothing.  Skinny leg.

– What else did you find when you were searching for other people who had fused ankles?

I found a surfer on YouTube, this one guy who wrote ‘fused ankle’ in the description.  It was a POV of him surfing in Hawaii, that was it. I messaged him on YouTube but I didn’t get a reply.  And then I saw a few other bits, I read about a footballer who had it done.  That was a bit of a bad story, he said it ruined his career, which kinda put me off.  He used to play for West Ham, he then couldn’t play any more.  But I got the impression that he was all or nothing, very focused on football as a profession, like he wouldn’t be bothered with just having a kickabout in the park.

– Can you still skate alright?

Well yeah, I can kinda skate…  I couldn’t really skate anyway, haha.  Being able to go around is fun.  It’s weird, sometimes I see myself in a video, obviously you don’t really ever look at yourself walking, and I think it does look a bit strange.  Skating, my foot doesn’t really go straight, it’s more like the ball of my foot.  In my body, it doesn’t feel like that.  It feels normal.  Before, when I was skating it might have looked a bit more normal, but it was burning.  I’d rather look a bit weird with a stiff foot than be in pain every day, 100%.

– What would you say about the amount of ankle fusion information online?

I wish I could have read something online from a mountain biker or BMX rider, someone that had it done.  That would have probably saved me like a year of living in pain, trying to put up with it.  I heard a few motocrossers had it done, but I really wanted to talk to someone about it or read someone’s story for advice.  There’s like, nothing out there.  That made the decision even harder.

If you knew loads of people had had it done and it was a successful thing, then it would’ve been way easier, there’d be people to relate to.  Like, ACL operations are pretty common, you can chat to other riders about the procedure and recovery, then it’s not so scary.  I did join a Facebook group for people with ankle fusions…  That’s full of gnarly people with all these horror stories, that was the worst thing to do.  You just want one positive guy to say yeah, all good, get it done, screwed together, get on with your life, happy days.  That’s all you need!

If anyone else has a fucked ankle and the doctors say it needs fusing, I’d say go for it.  It’s pretty dialled for me. ​​ 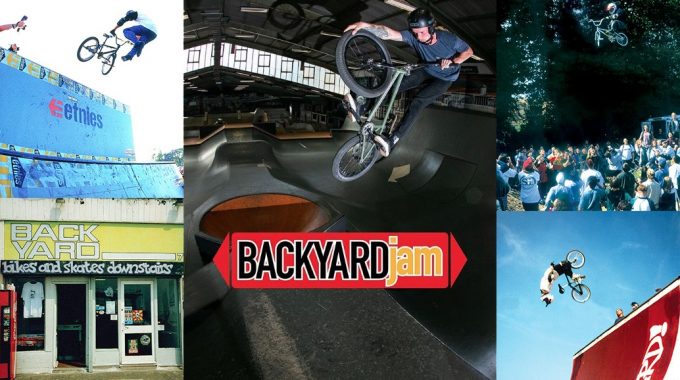 The lowdown on the 2019 Backyard Jam series with Stu Dawkins. Plus we've raided the archives to celebrate the iconic Backyard Jams of the 90s... 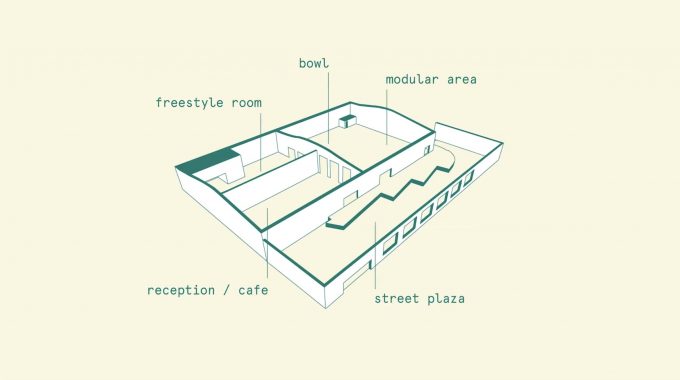 The Loading Bay Skatepark: decent design, Vision Ramps build & properly thought out community support. Find out how to help the next wave of locals... 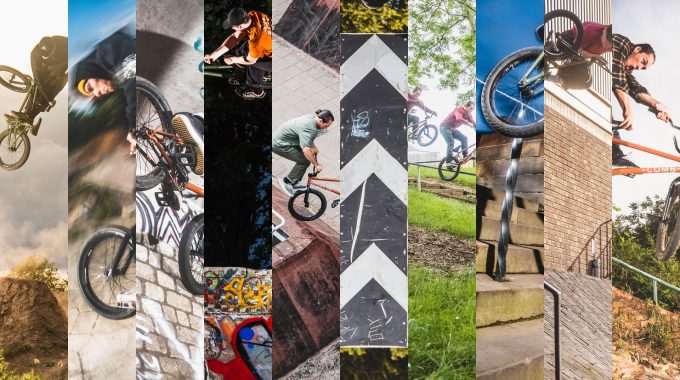 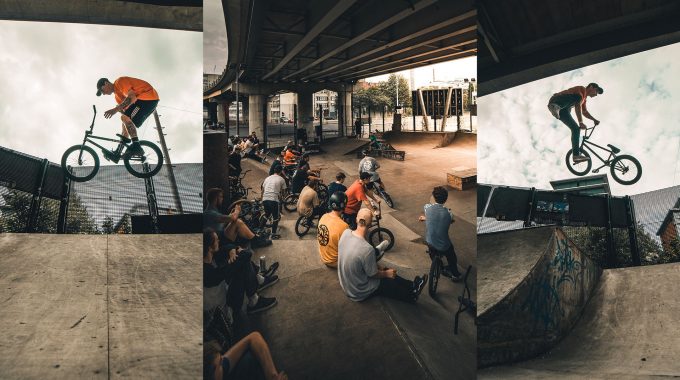 "For the very last time everyone came together and shredded the wood, it was a night to remember." 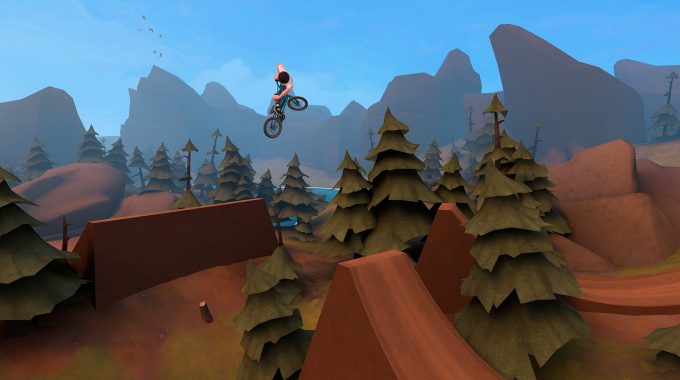