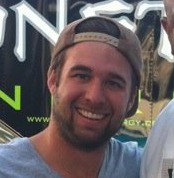 Aaron Ross is part of the team at Sunday Bikes, where his signature complete for 2015 is packed full of high-end Odyssey components including his own signature tyres, tripod seat and grips (with distinctive keyboard pattern), Thunderbolt cranks, Q2 wheels and Springfield brake. Also available is the ‘Motoross’, Aaron’s first new signature frame in almost five years.

Among his other sponsors are brands such as Empire, Fox, Quintin and S-One. He is also part of the team at Etnies, where the ‘Rap CM’, with a grip that incorporates a herringbone tread in the middle portion making it perfect for gripping pedals, comes in an Aaron Ross signature grey, black and red colourway.

Aaron was born in Corpus Christi, Texas on 2nd August 1986, but is now based in the nearby BMX hotspot of Austin. As a child, he did every outdoor activity going, but the one that stuck was BMX – he got his first bike (a Mongoose Hooligan) at the age of nine, and, after an abortive attempt at flatland, was soon into his stride as a racer, and then street rider.

The power, finesse, talent and patience evident in his many great video parts are almost unprecedented in BMX street riding, and his progressive approach, sense of humour and laidback, humble outlook on life always makes him good to watch. In 2012, he made the shortlist for Ride BMX’s NORA Cup awards, for his part in Empire’s ‘Bad Idea’. 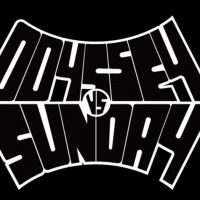 Two INSANE videos! Which one gets your vote?
2 years ago | by Robin Pearson 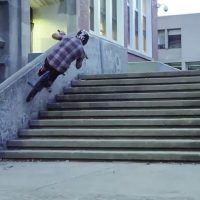 Wow, how good does this look?!
3 years ago | by Robin Pearson 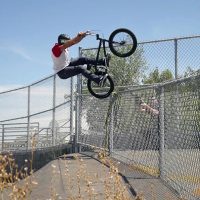 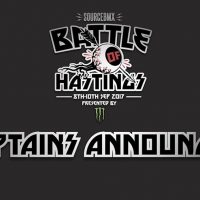 Here it comes! Back for its second year at the Source park.
3 years ago | by Robin Pearson 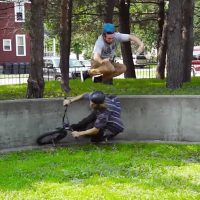 If this doesn't get you stoked, I'm not sure what will!
4 years ago | by Fraser 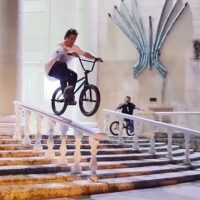 Just reading the caption which accompanies this video was enough for me to wanna hit play. It seems the Odyssey BMX team had a bit of a rough time in...
4 years ago | by Fraser 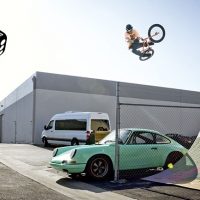 For some reason over the past week or two there have been a few 'Car Jumping' photos floating about online, I've seen them on various BMX pages, from local crews...
4 years ago | by Robin Pearson 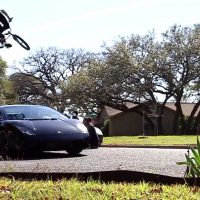 If you're mates with Dugan and have a kicker... It's a foregone conclusion.
4 years ago | by Robin Pearson 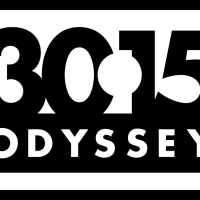 Odyssey commemorating three decades as a company with a full length team edit.
5 years ago | by Cleggy 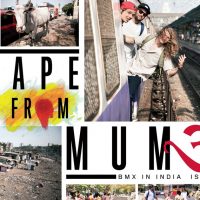 Aaron Ross is part of the team at Sunday Bikes, where his signature complete for 2015 is packed full of high-end Odyssey components including his own signature tyres, tripod seat...