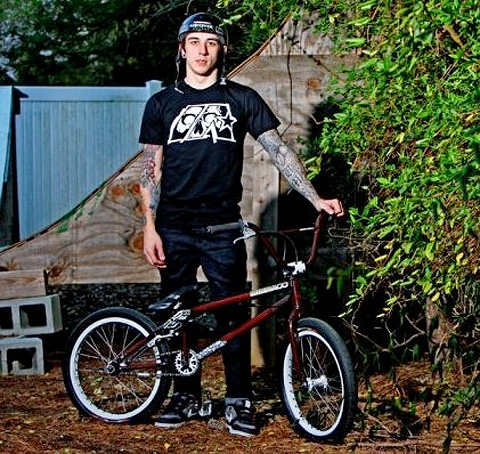 Harry Main, arguably the UK’s best ramp rider has just got back from a long trip to the USA. Harry’s been turning heads since he started riding contests a couple of years back. He’s only been riding for six years, but that isn’t stopping him invent tricks and win contests.

Harry’s bike sponsor, Mirraco Bikes is owned by multi X-Games gold medalist Dave Mirra. Nearly three months ago, Harry took a trip over to visit Dave and ended up sticking around. Harry is due to film a web web video with friend and filmer Matty Lambert exclusively for Ride UK. That should be done this Thursday and I personally can’t wait to see what Harry comes up with. So as a prequel to that, I thought I’d find out what Harry’s been up to so far this year.

So where have you been for the last 6 weeks?
Well actually it was supposed to be a 6 week trip but turned into an eleven week trip, nearly three months. I went to a bunch of places in the USA and Canada. Greenville, Woodward, System Cycle warehouse, Autumn ramp park, Ollies. I went so many places it was un-real how much fun I had!

Who’ve you been hanging out with?
For the first 6 weeks I hung out with Bestwick, Jeremiah, Jovel, Allessandro for a week and a bunch of dudes from Woodward, then I hung out with alot all of the Greenville dudes like Guettler, Colin, Ali, Dave, Laird, Brandon, Josh, James. Hung out with alot of dudes in America and made a bunch of new friends I was stoked so many people were so friendly which is why I ended up staying.

You’ve mentioned in previous interviews that Mirra and Bestwick are some of your favorite riders, how does it feel to be friends with them now?
Its pretty crazy, just watcing Jamie ride the Cloud 9 vert ramp is unreal he really is so smooth and just when you think hes doing the crazyiest downwhip ever he’ll go ahead and do a nohander after it or something, pretty unbelievable. Vise versa to watching Dave ride his own warehouse. Personally, watching dave ride his own warehouse hands down is one of the best things I’ve done since I started riding bikes.

So what have you been working on at Woodward?
Well I didnt really work on too much I just learnt a bunch of crazy things and got alot more dialled in. It was good for once not having to send something on wood to see if it works. [laughter]
Woodward helps riders in many ways I think not just foam and resi but the ramps are really tite tranny style so you have to think alot more outside the box to ride Woodward’s ramps, its really fun and usually a motivated atmosphere. Thanks to all the guys at Woodward especially Gary and Jamie!

Do the foam pits help?
No of course not its way nicer to land upside down on a real box jump… 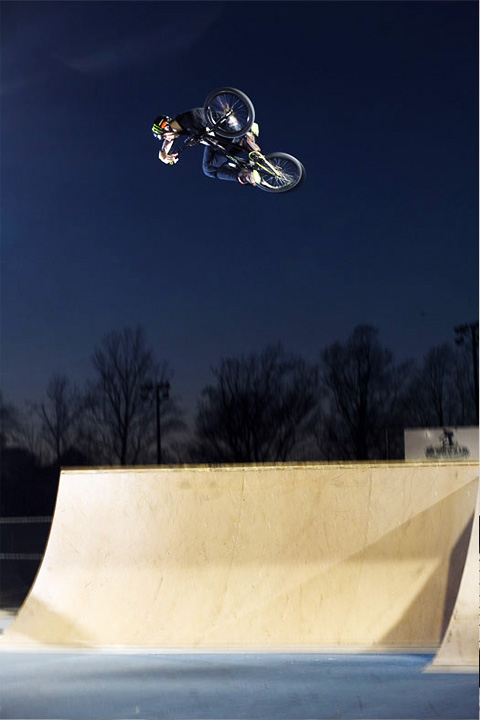 This is how you 360 invert a spine. Photo from Mirraco site.

You’ve only been riding for six years and have progressed a huge amount, can you see a limit to what’s possible on a bike?
Dude theres so much more to be done on BMX bikes! Even still so much hasnt been done! It’s just who can think outside the box enough to make it happen.

You have plans to hit the Dew Tour this year, who is your competition?
[laughs] I’m not answering that

I’ve heard you’ve been working out and are on a diet, what’s the deal with that?
I’ve just been looking after my body a hell of alot more. Call it what you want, working out or whatever, but I think a nice sesson in the gym in the morning makes you feel nice and warmed up to go ride. It’s awesome.

Do you still drink booze?
I guess now and again. Only when im celebrating mainly. Wasn’t really ever to keen on getting hammered anyways.

Harry inventing the decade to footjam during his stay at Woodward Camp.

Can you imagine doing an Ali Whitton and moving there?
I honestly could imagine moving to America but ill do it when the time is right. Could be in years could be in weeks, I guess I’ll wait untill I feel im ready to go over there.

What’s a typical day like with Dave Mirra?
Eighty foot five no-handers, one-hundred foot flairwhips, you do the math!

Is Greenville the competitive atmosphere I imagine it to be?
No deffinatly not, while I was there I’d say it was more fun that competitive but definitely some really motivated sessons go down. Everybody having a session. We had a pretty sick game of bike in Dave’s place.

Have you adopted any American habits?
Yeah, craving for Mexican food!

What’s the story with Ecko? Are you riding for them after they produced that crazy advert?
Long story cut short. Im no longer riding for Ecko. I’m currently riding for Monster Energy, Mirraco Bikes, Nike 6.0

Any edit or article about you online seems to generate lots of comments, do you care about the haters?
I honestly couldn’t care what they have to say, when they’re on the net posting negetive ass comments I’m out riding having fun and meeting new crazy people the majority of the time. But, thanks to the people who support me and give me good comments, I’m grateful, it means a hell of alot to me when I see people like my riding. In fact it motivates me to do more things on my bike.

What do you have planned for the Nonstopvid web video?
We dont plan it, we arrange a time, film a days riding. That’s pretty much what it comes too. Matty (Lambert) is amazing on the camera. If I didnt have Matty as my filmer I wouldn’t be stoked becuase we have to come to a point now were we can work really well together. Thanks matty!

Thanks Robin for this interview and to all the people who support me. Thanks to all my family and my parents my close friends and my sponsors. 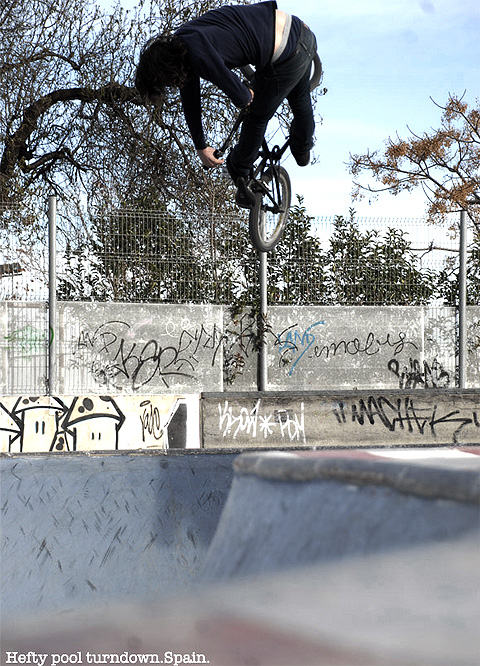 United’s latest pro team rider Geoff Slattery has an interview on the Bicycle Union website. Geoff talks about favorite riders, tricks he can and can’t...

I saw this titles elsewhere as Horsham session and I suppose that’s exactly what it is. But, Harry Main is spliced in with Ryan Winterbotham,... 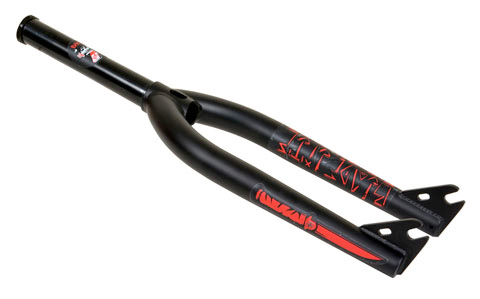 So the week is out and it’s probably the most entries we’ve had in any competition. You guys must have been pretty hungry for those...

United’s latest pro team rider Geoff Slattery has an interview on the Bicycle Union website. Geoff talks about favorite riders, tricks he can and can’t...

I saw this titles elsewhere as Horsham session and I suppose that’s exactly what it is. But, Harry Main is spliced in with Ryan Winterbotham,...

So the week is out and it’s probably the most entries we’ve had in any competition. You guys must have been pretty hungry for those...

Continued from Part 2… We were only out for 20 mins or so but they where amazing, I felt so cool just to be able to...

Some of the readers of this site might not remember the name Lorenzo Reid, but Lorenzo was, only a few years ago the contest king. He...