Kayley Ashworth just picked up a new deal with Diamondback UK for 2014. We hit her up last week to talk about this, but mainly to talk about the fact that she’s a girl. Girls are really cool and make up over half the population of the planet, which is mind blowing. BMX is 100% for men because you need testicles to ride, Kayley has no testicles and she kills it!

Hello Kayley, errm you’re a girl?
HIYA CLEGGY, it would appear that way, yes. Any reason you need to clarify that? Haha 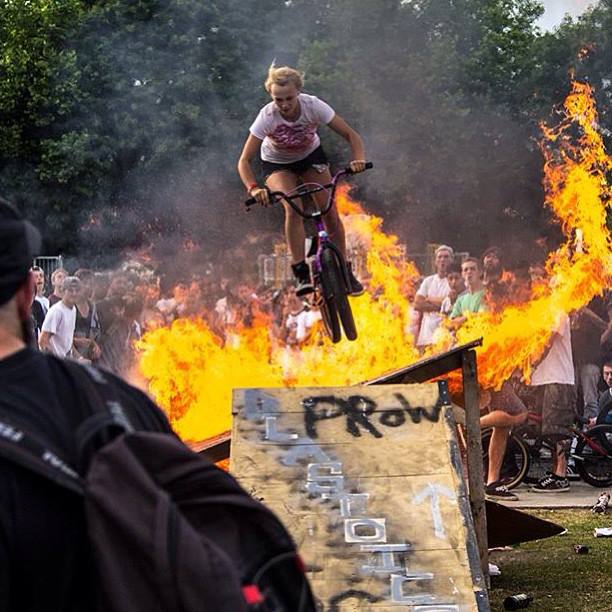 Just checking. When I first saw you ride, you jumped through a burning crowd of drunk men at the KFAD jam in Leeds. It was awesome, but then I thought, if that was my daughter I’d be really worried about that whole situation. How do your family feel about you being great at BMX?
Haha the term ‘great’ should be used loosely. I was a child that tried everything; rugby, cheer-leading, kick boxing, netball, football, hockey, I played bass in a band, violin, I’ve had great days off-roading and god knows what else, I was never bored. So it wasn’t really a big thing that I had a BMX, I guess they figured it was a phase and I’d get bored soon, turns out they were wrong.

And they’re cool with that?
Well injury after injury, year after year, it became clear to them that I wasn’t stopping. I don’t think it’s something they condone 100% but my dad always said to me:
“Are you happy? Well then, keep doing it”

As for being at events with drunk men, I don’t think that’s an area of concern to them, I’m not an idiot, I’ll never put myself in a vulnerable position, BMX teaches you alot about people; their aims, mentality, manipulations, intentions. I came into the BMX world with alot of innocence, situations make you change. 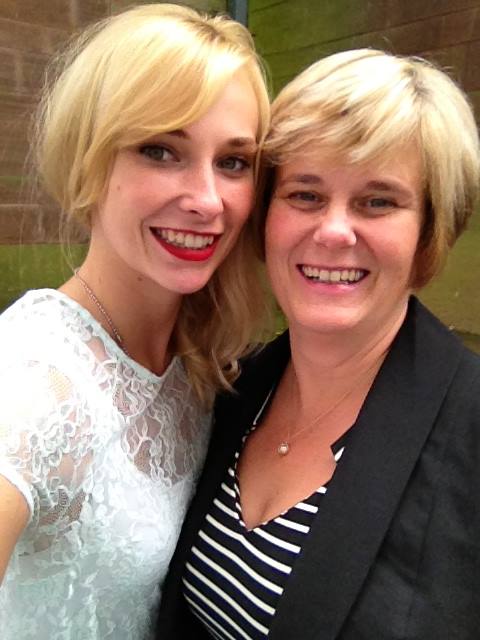 You’ve been riding for over ten years, how did you get into BMX, and the first time you had to ride in front of guys, was it a big deal?
When I was 14, I used to walk home from high school through the local park which had a skatepark, I was dared to drop in a mini, I did, successfully, the bike however did continue across the volcano and the rest of the park haha, sorry Daz! After that, I begged my dad for a BMX, which we purchased from eBay and then painted pink and black.
I went the skatepark religiously with my new bike, I would power walk home from school; do my homework, watch My Parents are Aliens, then straight to the park; back home at 5:30 for tea, watch an episode of Simpsons at 6, then back to the park till 10 – or once it became dark.
I loved it, the lads at the local park didn’t really bother with the fact I was a girl, to be honest, I thought little of it. Until I went to Rampworx for the first time…by heck! What a day, I’ve still got my wristband, I didn’t ride much that session – I had riders coming over at any point to tell me their friend thought I was ‘fit’,

I became aware rather quickly that not many girls had been in such a proximity, it wasn’t a big deal about my standard of riding, it was to some because I wasn’t like them, I had travelled to the park with great riders, of whom I still ride with today, I was extremely lucky to be surrounded by those from the very start, they are the ones who have taught me to have fun and enjoy riding.
After that trip, everything remained the same at Widnes, so I naturally preferred it there, until one day, showing me that girls are just as bad as boys.

Your jawline is too nice, I’m going to have to break it. See him, he’s mine

Next to the skatepark was the ‘green hut’ I was always scared of everyone inside, they were much older, probably drug dealers and they would sit all evening watching the park, I guess they had nothing better to do. A girl, named Punky, was interested in a boy who rode BMX, I was on the ramps with him most of the time and I figure maybe she didn’t like that, I would ride up the side path most days, she stopped me in my tracks and said:
“Your jawline is too nice, I’m going to have to break it. See him, he’s mine.”
Then POW, right in the kisser she jabbed me one, I’d never been in a fight, a tumble or even a disagreement, so this was new, VERY NEW. My face didn’t move, her signet ring made a slight indent in my jaw, I just stood there, staring at her and I actually waited for her to give me permission to move. 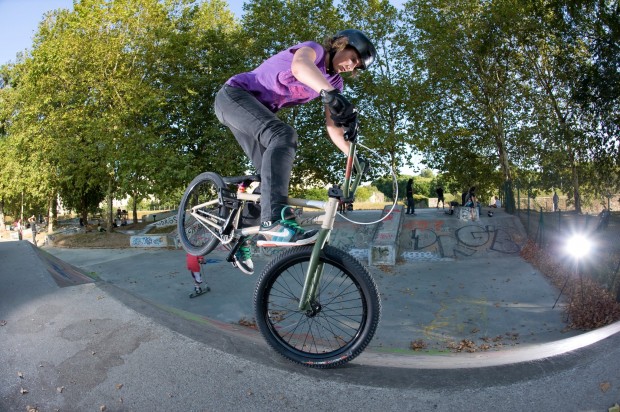 Punky? LOL sounds like an episode of Grange Hill.. What do you think about girls who pose next to BMX bikes wearing not that much clothing, and sometimes bare chested?
You have to split that question down 2 avenues, the girls who are models (some people need to learn what that actually means) and use BMX as a prop – xtreme playpen for example – and those girls who own BMX’s, claim to ride and post revealing pictures.
Lets start with the simple one, models who use BMX as props. Men are attracted to women, you know that. Women can collectively be some of the best marketing strategies around, then you have the ‘naked is beautiful’ mindset, either way, what they do works, when done correctly, whether it be a BMX, car, or any other product. I have no problem with it, I personally would be rather uncomfortable parading around in small amounts of clothing to advertise, but fair play to those who are comfortable in their own skin.
Now, for the fun one haha. This one becomes personal as this group I like to call ‘inconveniences’ can sometimes make my day harder as someone who JUST LIKES TO RIDE A BIKE. I’ve been down the avenue of caring and responding to girls posting status’ saying “more pussys ‘I mean girls’ should get into BMX” it’s an endless battle, a battle not worth fighting, I’ve even offered to pick those girls up from their home and take them to a skatepark to actually learn to ride – every single one of them bailed out the day I was supposed to pick them up. So what does that tell you? I wasn’t charging them fuel, every bike part they said was broken, I had spares for, I was even willing to pay their entrance fees and lend them clothes.
You can’t help people who don’t want to be helped.
It’s the people who ‘like’ and encourage their mentality and those images who create the demand, making those girls feel good about themselves, when 9 times out of 10 riders mock them, call them whores and pro hoes – but in person, riders talk to them, riders pretend to care. Girls who are new to the scene are just not clued up enough to realise, it took me a few years to learn that one. Now don’t take this as me hating on every rider out there, there are riders who are the exact person they present to you, just a handful enjoy the challenge of ‘how many so called girl riders will send us naked pictures of themselves’ and will say anything to achieve that.
When I see all of this happening, all I think to myself is:
“If that’s the way she wants to be perceived and portray her riding that way, well, not only is it her choice, she clearly has nothing better as an individual. ”

What do you think about men who pose next to BMX bikes wearing not that much clothing, and sometimes bare chested?
Well, I haven’t seen any of those haha maybe it’s because I’m ignorant. 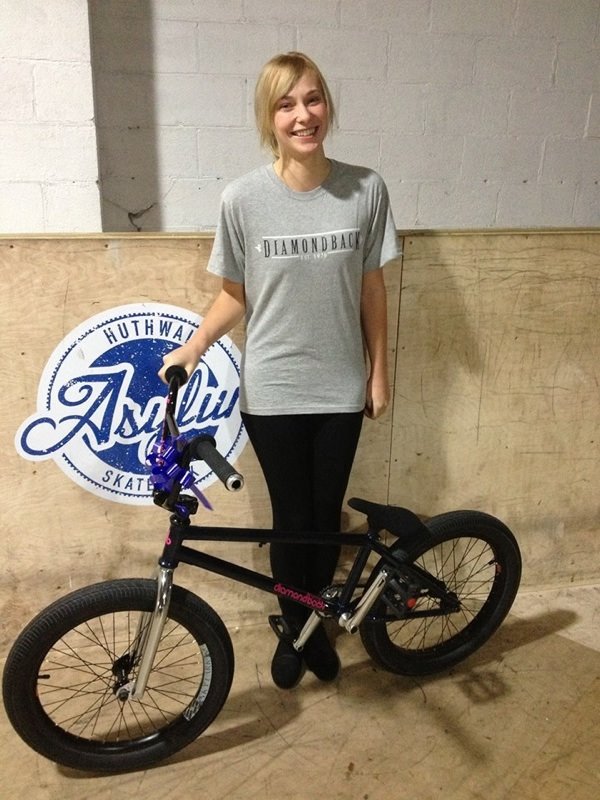 You’re now part of the Diamondback family, how did this come about, you were riding for Superstar before right?
Yes I was, Superstar were amazing, I had my little ‘Kayleys corner’ which was a blog style page on the superstar website. It was emotional when I was telling them I was leaving and in response, they’ve told me the door to Superstar will always remain open to me, which is nice.
Diamondback came around after a session at Beast Rampz in Manchester, it was a stop for the team when they did their UK Tour, I already knew Jay and Ollie so I naturally went over and said hiya. We had a few trains over the rhythm section, a laugh and a game of BIKE, after that, they left for Scotland and I went home. After a few weeks I received a message asking me if I would be interested in joining the team, which to be honest, was a shock. A few monthly discussions went by and here we are today. 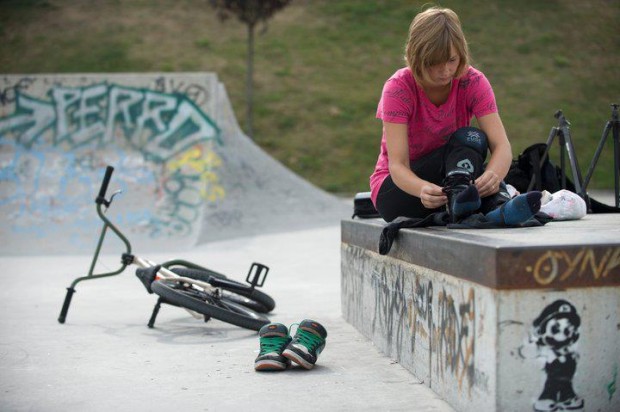 Apart from doing things like getting your hair done and watching romantic films, what other plans do you have for 2014?
Oh dear, I HATE romantic films, whilst on tour in Scotland I remember sitting with a few of the riders watching 99 days of summer, the boys loved it, I hated it.
I’m useless with my hair and with make up too, when girls were learning all of this, I was at a skatepark. The girls who I hung around with back then used to do my hair and make up for me, I was that useless.

I’m useless with my hair and with make up too

As for 2014, I hope to be very busy, another tour of Scotland is lined up, I’d like to go to Boardmasters for the first time and ride INJURY FREE. You know, this Christmas was the first time in three years I didn’t have a cast on!
I’m also in the process of setting up a project, which I don’t really want to say much about incase it ends up in a ball of flames, but I’m sure you’ll see Asylum Skatepark, Rampworx and Diamondback and have had a great involvement in encouraging me to do this project. Thank you! 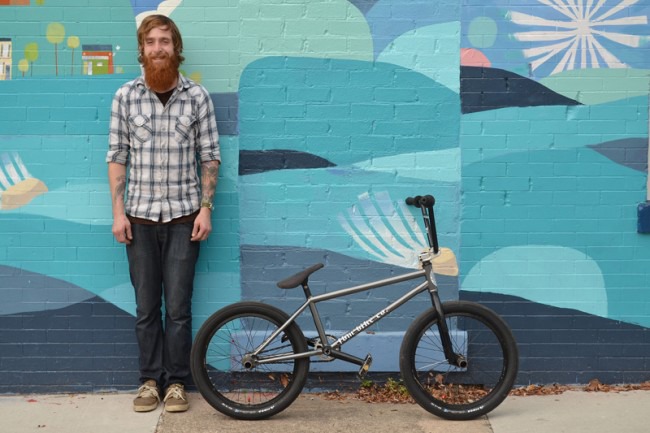 FBM BMX revealed a new project they have been working on not too long ago and team rider: Neil Hise has been testing the new... 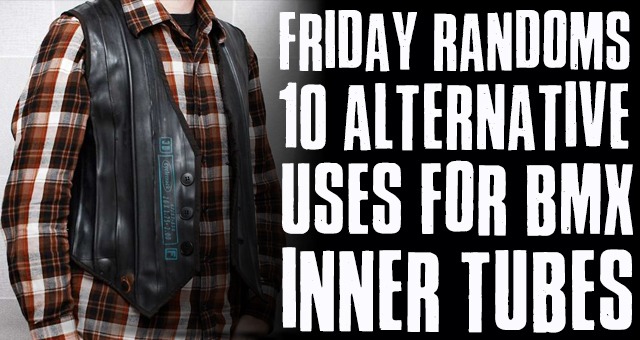 Getting a puncture has historically been a huge let down. 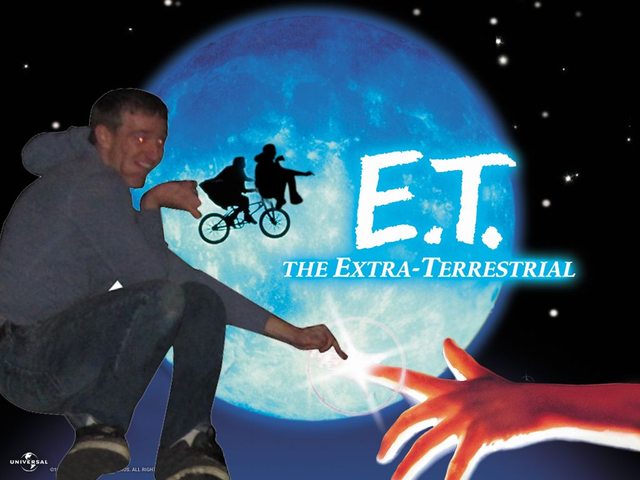 So your man IanKeter asked this simple question on a forum "Can someone here fix the redeye in my pic?" Watch how it escalates quickly...

FBM BMX revealed a new project they have been working on not too long ago and team rider: Neil Hise has been testing the new...

Getting a puncture has historically been a huge let down.

So your man IanKeter asked this simple question on a forum "Can someone here fix the redeye in my pic?" Watch how it escalates quickly... 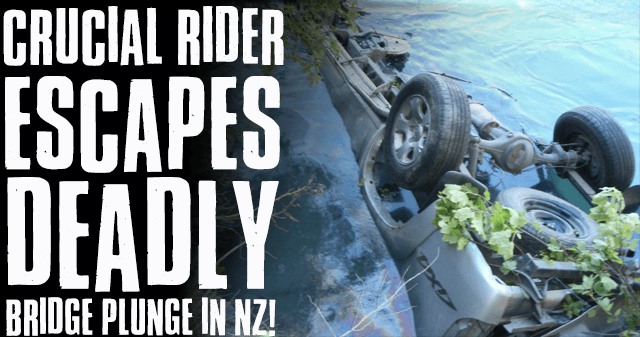 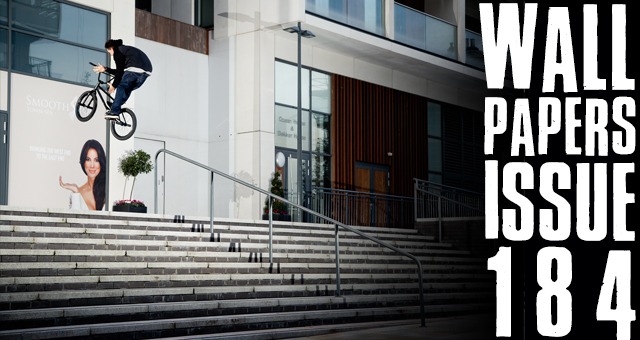 I've just picked out my favourite photographs from issue 184. You can save these as your desktop background, or simply admire them from afar.