Unfortunately, Nick Suffered a rear wheel blow-out in his first run and lost a significant amount of points as a result. After a spot of emergency repair work, Nick came out swinging for his 2nd run and he totally smashed it. Scoring over 95 points, the highest score of an single run. Despite his comeback in his 2nd run, the low score of 50 points from his first run, he landed in 18th position and didn’t make it into Sunday’s finals.

We caught up with Nick plus judges Hank and Van Homan (!) about how it all went down. 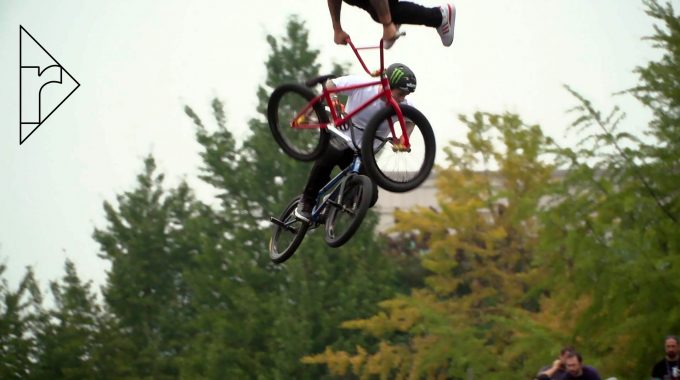 This event saw some insane riding – from flairwhips and 360 triple bars to legit tricks thrown across some hefty transfers. 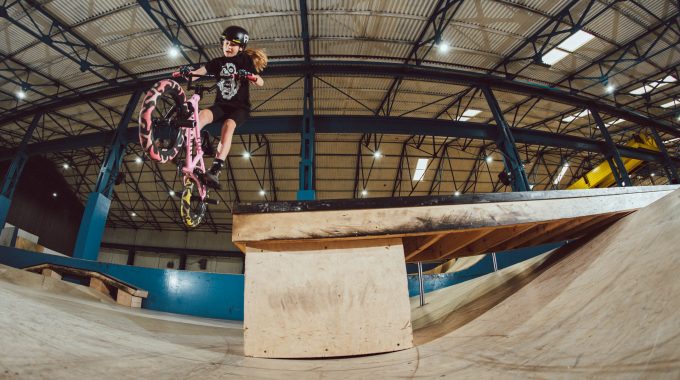 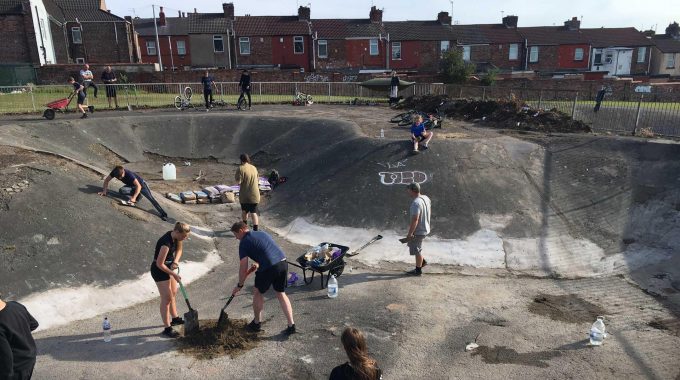 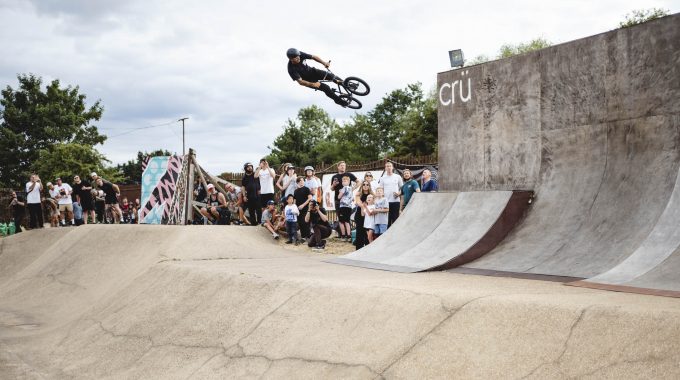 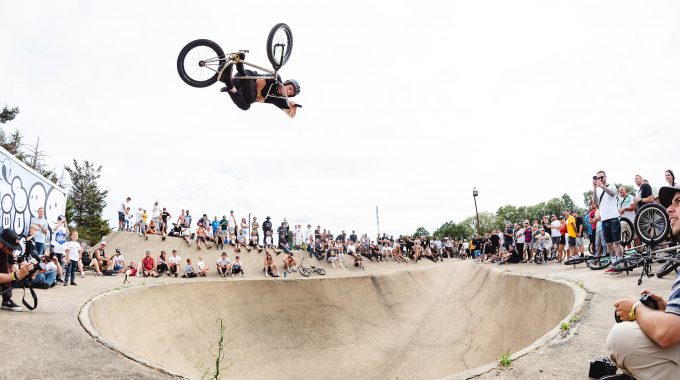