A fresh Haro piece for the weekend as we now have the Mike Gray 2018 edit. This is a good one… If you’ve been keeping up with Haro on Instagram you may have seen some photos dropping over the last few weeks. Now we see it all in motion.

Aside from making his Space Brace, Mike has been putting the hours in for this video over the last few months with local San Diego filmer Doeby, and it shows. Mike clearly isn’t shy of sending himself down some big stuff… Get ready for some pretty serious roof drops, rails, gaps and other gnarly shit.

Highlights for me were… Many! The opening clip (who does a 360 tuck no hander on a roof?) the big whip gap, the manual down the shed roof, and that 180 over the gate. Big stuff. Mike gets it all done!

It’s cut to a nice chilled tune that digs in a bit towards the end – it works well. Mike Gray’s riding definitely has the ‘send it’ attitude, but there’s a lot of precise technical stuff in here too. Saying that, Mike’s approach to tech riding is pretty damn aggressive, so it’s a bit different to watch. He really looks like he means it when he nails the line!

Mike Gray searched the streets from San Diego to Toronto looking for spots to film his unique blend of huge gaps and technical grind and manual combos. No roof, rail, ledge or bank is safe in this mind melting street edit. Mike teamed up with San Diego’s filming phenom, Doeby Huynh and the two put together quite the visual treat for us to watch, get motivated, and go ride!

Music: Outskirts of Infinity – Scene From a Dream of Angels 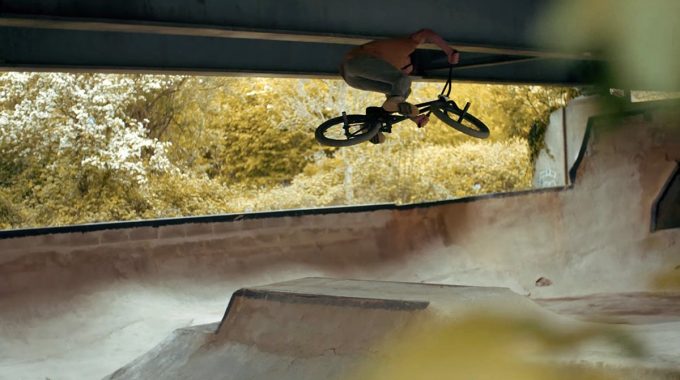