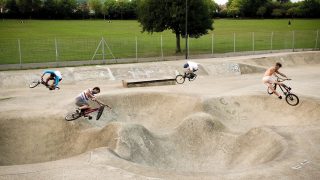 Harrow AKA Solid Surf is one of the few old 1970s concrete parks left in the UK. Its relatively mellow curves make it like the baby brother to ROM, with similar features in more accessible dimensions.

It was threatened with demolition in 2008 but thankfully the recession put a stop to whatever plans were looming over its future. I remember being utterly fascinated by photos of Harrow when I was at school – I got so obsessed with it that one day I bunked off, forged a sick note with my mum’s signature and went to ride it by myself. Rikki Gunner was there on that day flying around with more lines than anyone else, so when I visited Harrow in 2011 to shoot a print feature about London’s bowls, I had to get a shot of Rikki over that big gap. 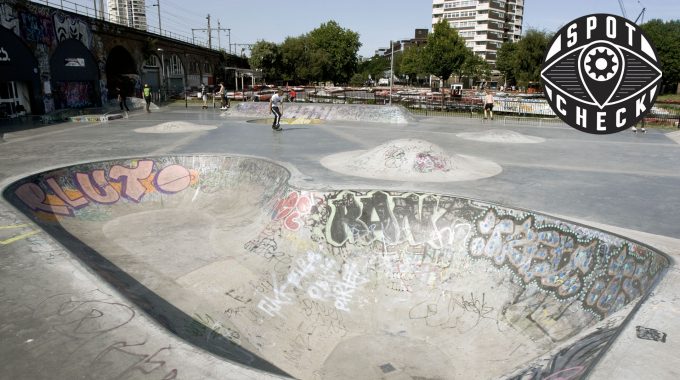 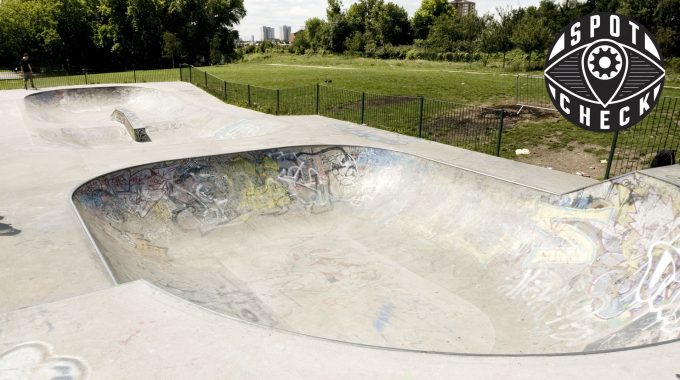 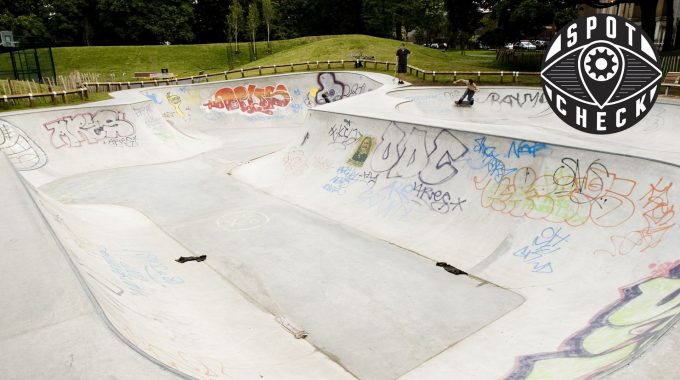 The Best Bowl in London? 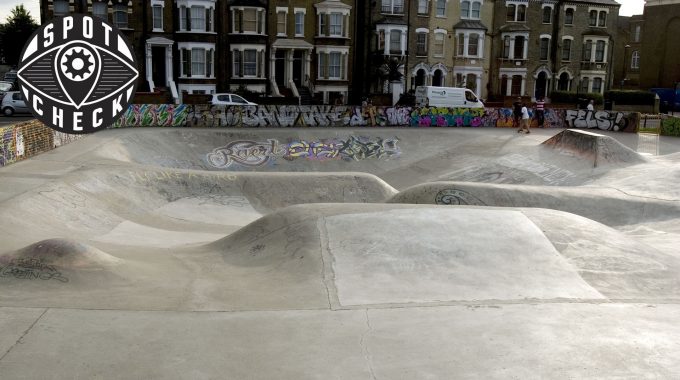 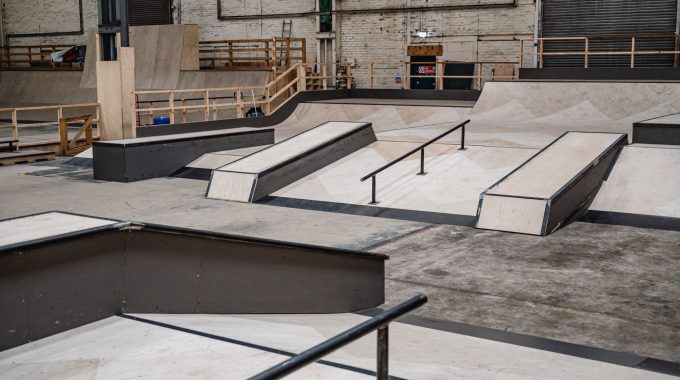