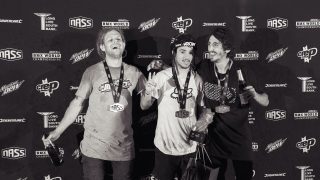 There was a new judging system introduced at NASS this year. Understandably, there was quite a lot of chat about it.

Some riders disagreed with it, didn’t understand it, or challenged it in some way. Some riders were quite vocal with their opinions on the judging system, some got on with it and didn’t really notice. Hell, some riders just rode for fun.

We asked a few people their thoughts on it, including Zach Shaw – the main man behind this new format. Get the full explanation of the system and some big opinions on it below.

“This year for NASS the IBMXFF Board were sent a draft of the judging system in February and we all voted on using it. The vote was split 50/50 as many of the board understood it but hadn’t used it personally, but as the UK BMX Series team and fouronefour were tasked with running the event it was agreed that we should use the system we have in place and were geared up to use for the event. It had to be automated and slick for the live broadcast.

“We developed this system from experience and a belief that the classic 1-100 system is fundamentally flawed.”

We developed this system from experience and a belief that the classic 1-100 system is fundamentally flawed. This is because the first rider out has to have a mean score – i.e. a range between say 50-65 or the judges won’t have enough of a scoring range if the next 40 riders are better. The only way to negate this is to revisit old scores and change them. (This is one of the main reasons riders do not want to ride first in a contest.)

With the classic system there is always a judges meeting afterwards to discuss who the top 3 riders are, so if you get an opinionated judge who likes a particular rider over another they can seriously affect the outcome and I have seen that happen way to much and disagree with this methodology.

The reason why I disagree is because of the way the human brain works under stress and the way you remember things, emotion acts like a highlighter pen that emphasises certain aspects of experiences to make them more memorable so if you see something amazing you cannot remember all the other stuff a rider does, let alone remember every run of all 40–100 riders during qualifiers.

With our system you score everything on course and with experienced judges who still ride, they know what is amazing and they know what is mediocre so score accordingly and then move on to the next rider. There is no need to rely on your memory as there is a visual record in numbers on the score sheet, the judge then gives an overall score for course use, style and flow etc.

Our system is constantly reviewed and scrutinised so we can make improvements and we have a working group of about 10 people to do that who have been and are BMX riders, judges and company owners their entire lives.

Here is the system and this was printed out for all riders to read and understand in the NASS sports office window for the full duration of the event, which is what you should do as a contest organiser.” – Zach Shaw 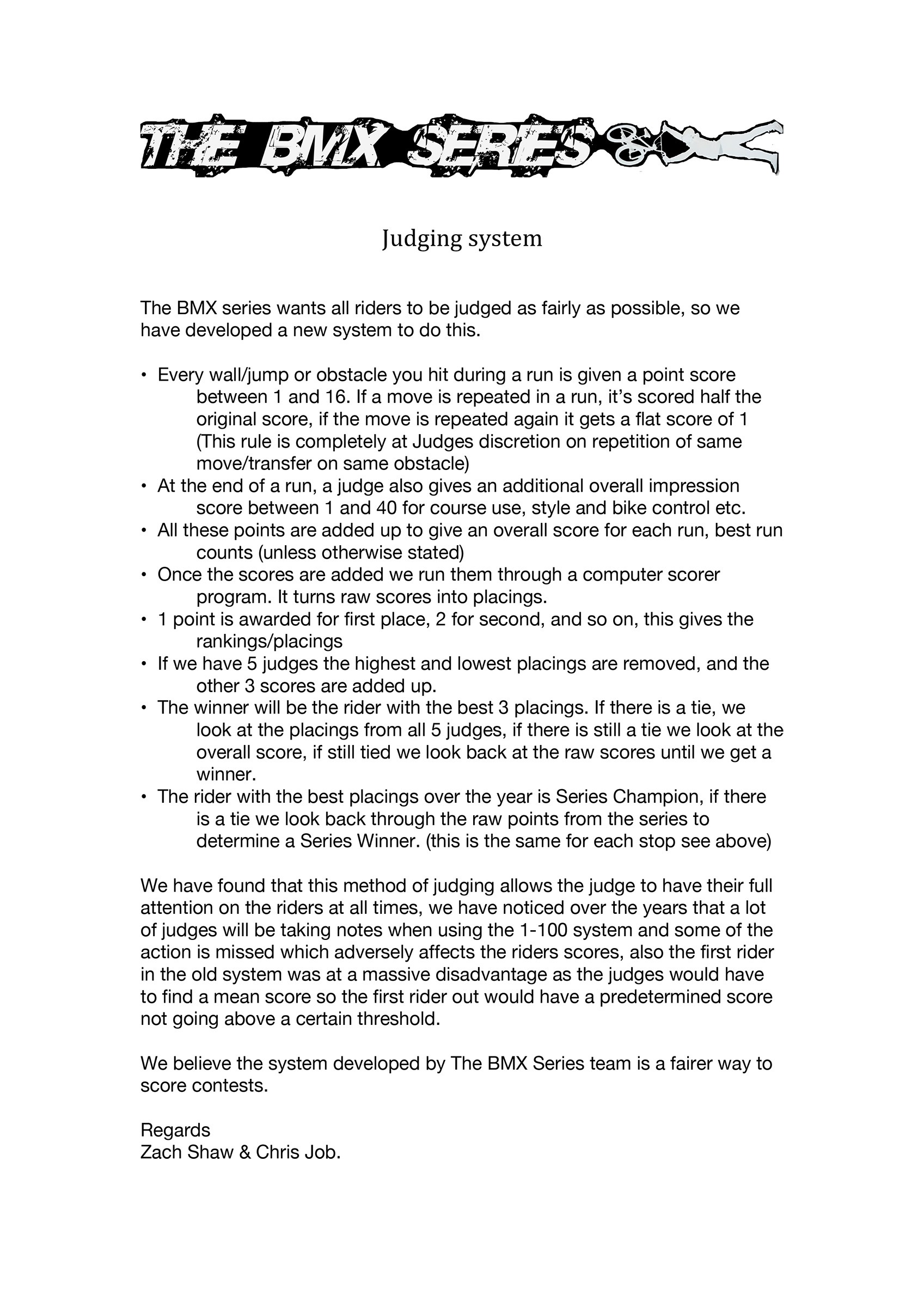 “To be honest with you, I spent more of the weekend partying and wasn’t actually that fussed about the event. The course didn’t really suit me as obviously I do a bit more tech stuff. It was difficult to slow down because there was so many big ramps in there! I was just having fun.

I thought I was gonna come dead last and I ended up like second to last, so it weren’t far off!

At NASS 2016 when Logan won, I came 2nd and Coleborn came 3rd, Zach told me that I should have won it. That was in his judging system – he was running it on the side without it being an official result.

I understand this style of judging system, but it needs to be questioned when you have that result with Coleborn not being in the top three. He should have won the contest and I’m not saying that because I’m his mate and he rides for Total, I just think that everything the winner did, Coleborn did better.”
– Mark Webb

“Hands down, Coleborn should have won that event…”

“Contests are a strange thing in BMX. Some riders spend all their time training for their one-minute run and other riders couldn’t give a fuck and a busy practice session is their idea of hell. Personally I enjoy riding contests but I’ve never been one to care about results or how I’m judged.

However this year at NASS, Zach and The BMX Series guys brought in a new judging system that I did disagree with. This system gives an amount of points on every trick and then a mark at the end for overall impression, but for me there is so much more to BMX than how many tricks you can cram into a one-minute run – I think creative lines, bike control, amplitude, originality and style are all equally important as how many tricks you do and it doesn’t work to cram all of these into one category.

I hate to see BMX becoming a bunch of robots doing the exact same run to score as many points as possible.”
– Isaac Lesser

In park I thought my runs were really bloody good, and personally I expected higher than 5th but you could see the level was so tight! Of course I would think that though. But I’m no judge. ALEX COLEBORN SHOULD HAVE WON!!!!  But the poor bastard got 4th. After all the shit going around I think they will change this judging system.

At NASS, fuck me… EVERYONE AND THEIR DOG’S AUNTIE WAS A JUDGE! But hey, it’s easy to say all this shit, the level was tight and I wouldn’t wanna be judging it!”
– James Jones

“It’s quick-fire judging that takes into account everything that’s done on course. It’s not difficult, it’s more thorough. It doesn’t help that the BMXers think they know best. And some don’t turn up for the meeting or try to understand a new judging format.

The less you do, the less points you get. For instance, if you cut off your run early you give up the choice to gain more points. The same as if you dead sailor jumps and not trick them. Also we found if you go end to end of the course slowly that don’t help either.

Riders like Jack Clark who trick everything got loads of points. Also riders that do banging huge tricks get lots of points with lots of style.

After the tricks have been scored, no style or originality will get less points at the end in the 40 points overall column.”
– James Hitchcox

“The sport is moving forward into a new era and we have a responsibility to look at all aspects of our sport with a fine tooth comb. The judging of contests is one of those things that is not often looked at in any great detail.

“BMX is dominated by personalities that sometimes rightly and sometimes wrongly get decisions in their favour, because of who they are and not what happened on course…”

We believe that a fairer more transparent system was needed so that riders across the board could have a fair chance at making a name for themselves in a sport that is dominated by personalities that sometimes rightly and sometimes wrongly get decisions in their favour, because of who they are and not what happened on course.

There will always be riders that are unhappy with contest results. As a rider you put yourself through so much stress to get to a high level and then you go into a top level BMX event and get judged on all your hard work – it’s the most stressful thing ever and when you don’t get the results you are expecting it’s a bitter pill to swallow. Then social media is a great place to take out your anger and let the world know how hard done by you have been… or not.”
– Zach Shaw 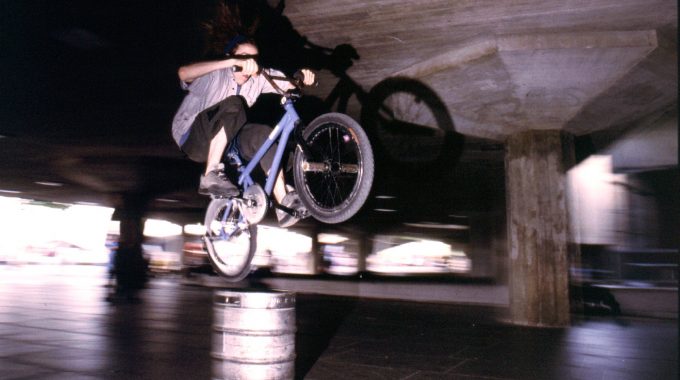 Some amazing stories and photos in support of restoring the original Southbank space, closed off in 2004. 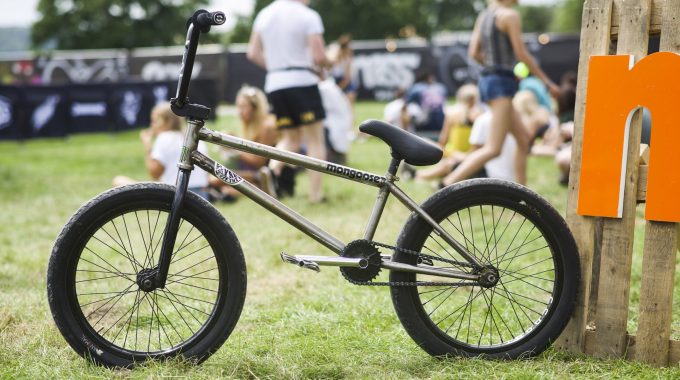 Greg knows what he likes. 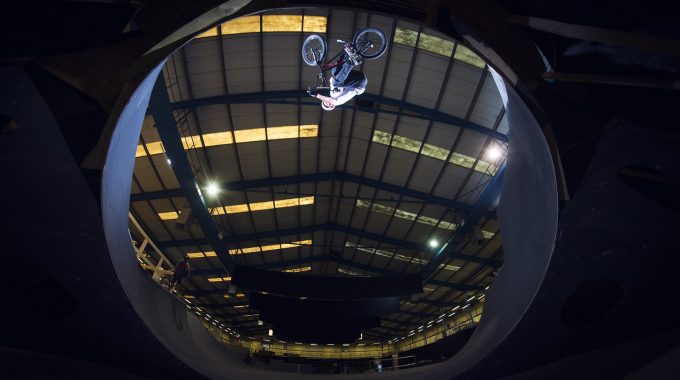 The course was rad as ever, with good lines and huge transfers... 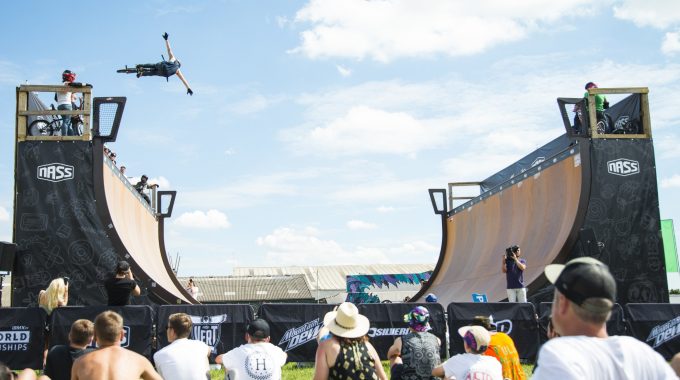 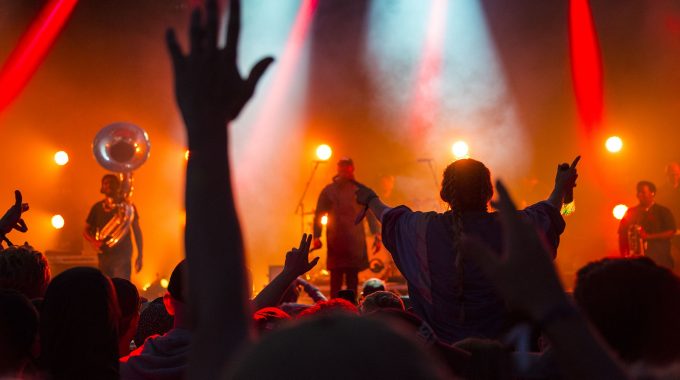 19 wild moments inside the big, crazy, exciting mess that was NASS 2017