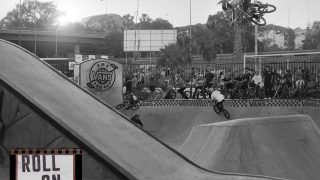 Words and photos by Mike Drummond

It’s fair to say that the 2016 Van Doren Invitational showcased a lot of pros that don’t often get the platform to shred together in environments that offer countless lines, in front of new crowds. This obviously set the standard pretty high of what to expect for the 2017 Vans BMX Pro Cup tour, and the rider list that was announced did not disappoint.

Watching everything come together in Sydney for stop one of the Vans BMX Pro Cup, the worldwide BMX community seemed to stand to attention, realising just how serious Vans were about making this contest one to remember.

Sergio Layos showed that 16+ years on the scene has only honed his style, turned his boost button up to 11 and dialled in his ability to nose in everything just microns below the coping… It made for pretty spectacular viewing and he took home the win.

Stop 2 taking place in Malaga, at one of the most recent additions to the worldwide skatepark bucket list, only secured it as even more of a must see.

Over the 48 hours leading up to the first day of practise in Malaga, I had seen countless Instagram updates from riders, filmers, photographers and judges that were to be attending over the weekend. This deluge of content, hype, pre-practise sessions and hashtags like #vansprocup, #malagaskatepark, #boardingpass and of course #fartfriday really drove home the gravity of what was about to happen.

On arriving at the skatepark Malaga Rubén Alcantara, you could literally feel the buzz. Maybe that was from the lively atmosphere, or possibly from the rumbling PA system that blared out to the nearby streets.

Mixed in with the camera-wielding media dudes of course were the riders and not least the judges – the deck was a serious ‘who’s who’ of the last 30+ years of BMX. This was the reason that I had made the trip.

“The deck was a who’s who of the last 30+ years of BMX.
This was the reason I had made the trip.”

After finding the right 2ft square of shade to dump my camera bag and luggage, I loaded up my camera with the first roll of Kodak Portra 400 and began lap one of (insert double digit here) around the bowl that would see me clock in a marathon’s worth of steps over the next few days.

Even though the riding level was guaranteed to be pretty insane, my focus was on the people. I was looking to capture the faces and characters that everyone has come to know through riding something as simple as a BMX bike. It’s not often you are gifted with an opportunity to make portraits with such a diverse roster of riders.

It goes without saying Ruben would be at the park – comp or no comp, he is constantly on hand to ensure everything runs smoothly, and you would be, with the place named after you. Alongside Ruben, the deck was crammed with legends such as Joe Rich, Crandall and Nyquist amongst others. With dudes like this just hanging out, it seemed like a surefire way of creating some memorable portraits surrounding what was likely to be a pretty wild event.

Photography itself is an amazing way of opening up a dialogue, and portraiture in particular garners further depth to that conversation, as you work out how to honestly represent the subject in a single frame. The conscious decision to shoot on medium format film was done to drive home the obvious separation between each of the riders. Every guy on deck was there for the same reason but each had their own way of using the space, something I tried to bring out in the images. That’s one of the beauties of our sport, each rider has their own style, their own way of interpreting the environment they’re presented with, and I like to think that comes through in the portraits in this article.

Using medium format definitely offers a different aesthetic to other formats when it comes to portraits, beyond it giving the subject more presence in frame, it offers greater detail, and when paired with a film like Portra 400 the colours just pop in a way that can’t easily be mimicked. Softer tones come out that you could say give a timeless aesthetic, a look that I wanted to give to the documentation of a sport I have had an affinity with for over 18 years.

Without being too heavily focused on who I was setting out to make pictures of, it came more down to who I was speaking with at the the time, and if that scene looked like it was worth capturing, I would just ask, and click.

In general, it was great to shoot the riders who are doing great things and keeping the sport fresh, like Corey Walsh driving this point home by opening up 4 lines that even Sergio had never considered.

Then you have a BMX veteran like Garrett Byrnes, showing up out of nowhere because he believed it was a weekend not to miss. (Ironically, his own appearance confirming this fact.) Watching him ride in person was something else. From something as simple to him doing a 360 skid right in front of me, to somehow riding up the back of the wave, this was some Avant Garde concrete surfing at its best – which I’m sure Ruben was no doubt proud of. It was all a pure joy to watch, and was great seeing another perspective on the course that I and many others have spent time riding. 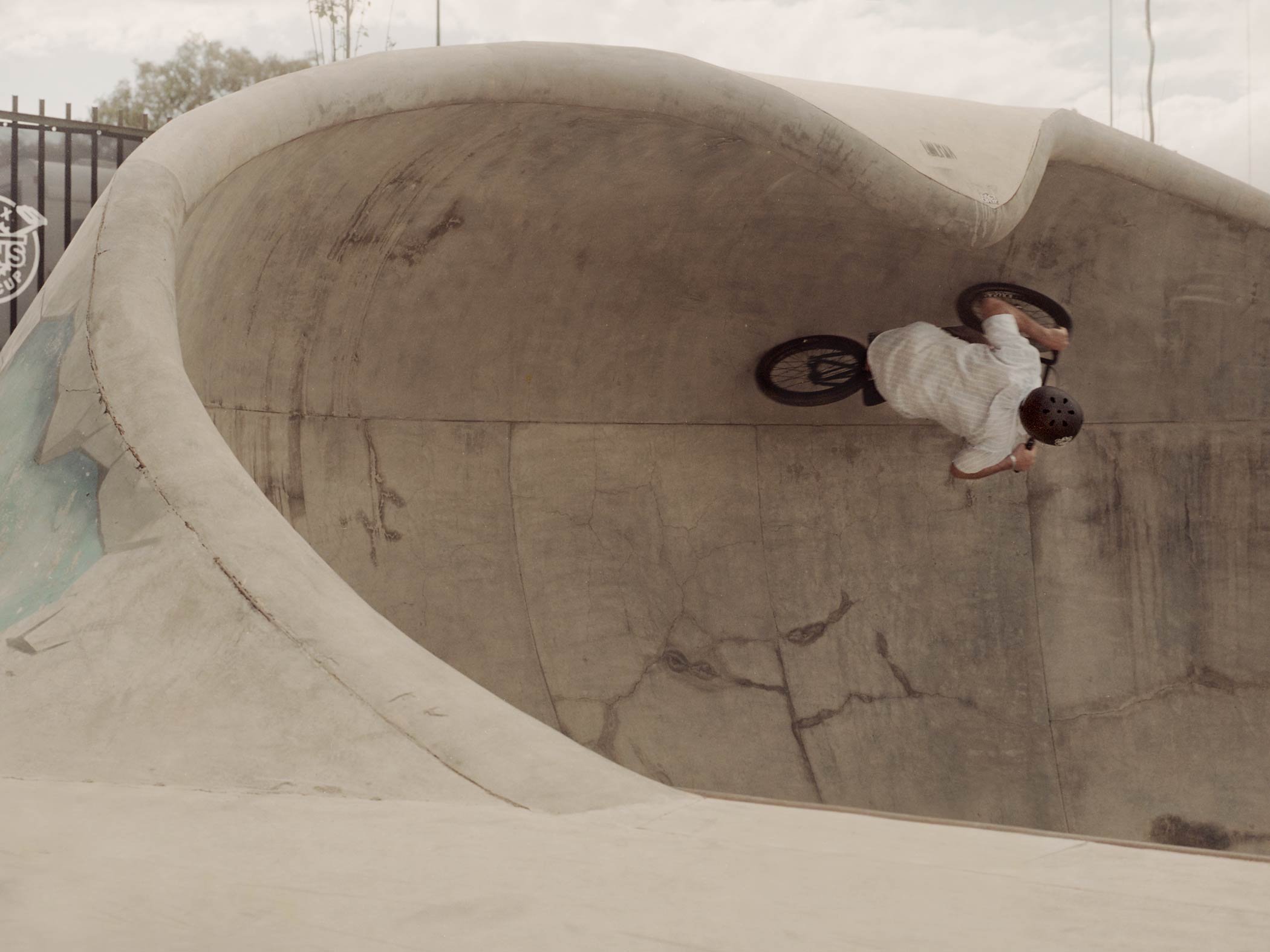 Then of course there is Nyquist, Joe Rich and the man that made all of it possible, Jerry Badders… I could go on.

First and foremost, the Vans BMX Pro Cup is a contest, and that element will always be something that divides particular parts of the riding community. However, when seeing the roster of riders and the things happening in the bowl and on the deck, it quickly became apparent that it’s more about riding amazing spots with old friends and new. The result? People witnessing some of the best sessions ever.

“Proper combos like no handers to tables haven’t been sent with so much gusto in the past, so we can all thank Mr Larry Edgar for that.”

Things are on the up – literally. I mean, who doesn’t like seeing bikes get tweaked to the max, well above your normal angle of vision? What I’m getting at is that across the board, proper combos like no handers to tables haven’t been sent with so much gusto in the past, so we can all thank Mr Larry Edgar for that. Maybe bike manufacturing and ramp design have both helped a little too – whatever the combo, it’s working.

No doubt the final stop in Cali is gonna be a pretty wild affair, and I look forward to seeing the same dudes and more come out of the woodwork for it.

Until then, keep up the shred. 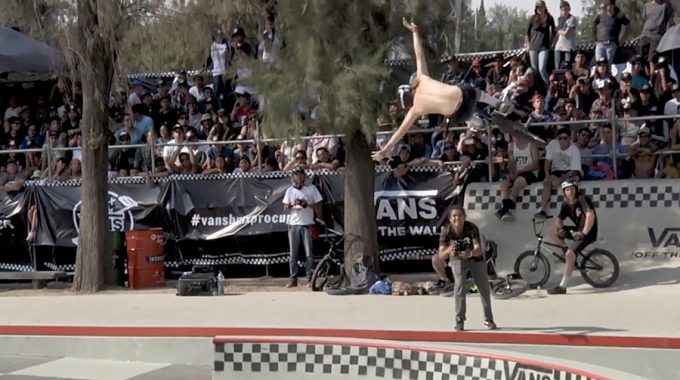 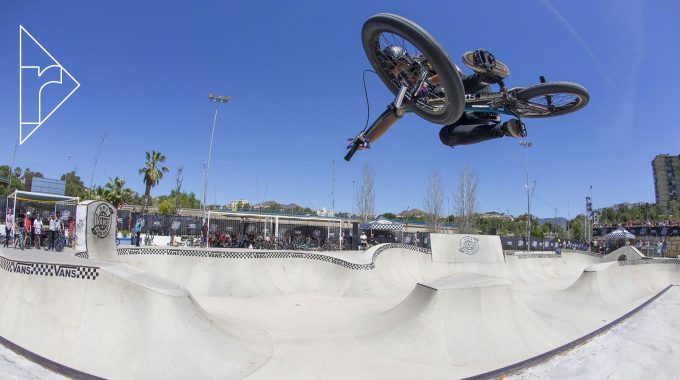 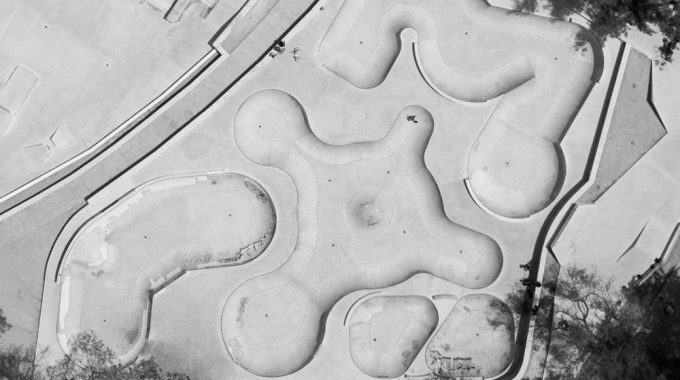 The hype is hotting up again for this weekend... The park looks amazing! Kevin Peraza shredding. 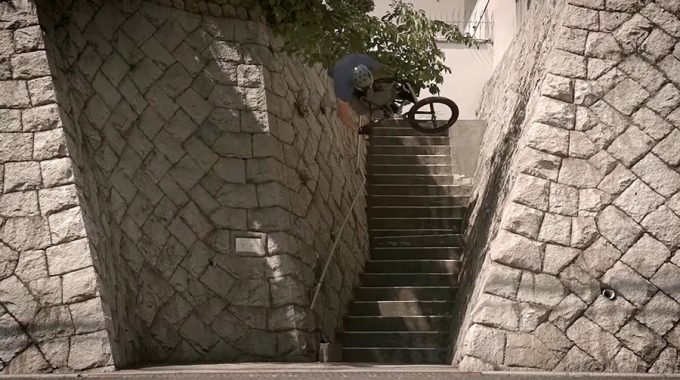 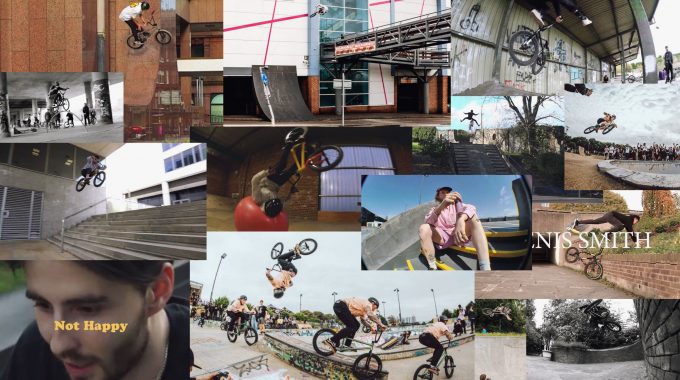