Doomed Brand, a clothing line from Jordan Godwin and Paul Robinson, had its launch in Leeds the other week. Party saturday, street jam on Sunday. It’s a good combo. Really, pretty much ideal for some hungover BMX riding. Doomed Jam!

Video by Tad / BNGBNGMCR
Words and photos by Adam Lievesley

So yeah, it was a late start because everyone was hanging from the Doomed party. The first spot was a flat rail but not many people rode, most just sat in the sun and tried to get rid of their hangovers. Tariq Haouche and Joe Foley did some good moves though – check the video above.

The second spot was the ledges… Lewis Cunningham killed that spot. But then out of nowhere Tariq pegs 180 gapped to the road on a rail no one even looked at! Photos below. Shortly after that, police kicked us out. It’s all part of the game. To be honest, I’m surprised we didn’t have more police action throughout the day.

Next up was the Job Centre ledges and rail. Great spot… Pete Jones destroyed the rail with a pretty magical pegs up to hanger the flat, there was some crazy levitation going on there. Joe Foley was the man to shut it down with the banger on the rail though – pegs up to tyres to bar off. So good.

The last spot was the legendary black rails. Lewis Cunningham and Ben Gordon pretty much killed themselves before pulling their tricks… Ben even took out a female pedestrian. Over tooth crank 180 is a serious move. After several nasty slams, everyone was pumped to see him pull it.

Doomed Jam say “the future will be terrible.” But hey, Doomed Jam was nice, and we’re looking forward to more street jams this summer! Are you organising something? Let us know… 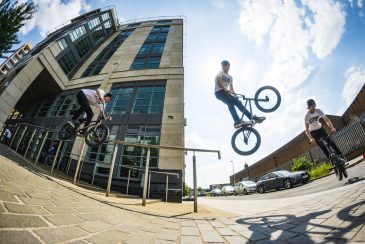 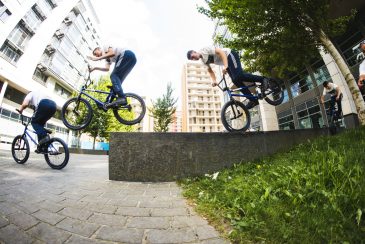 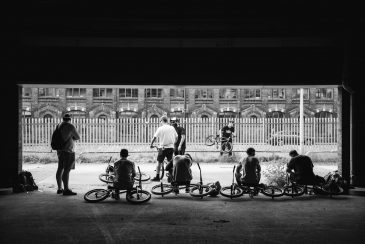 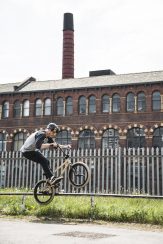 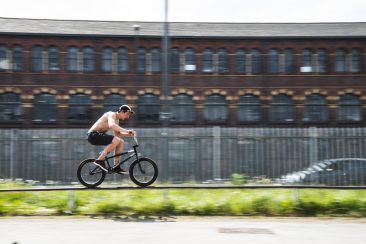 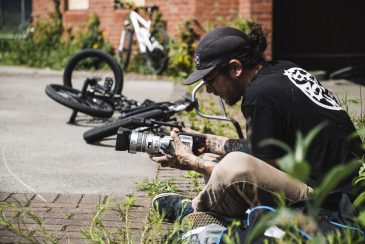 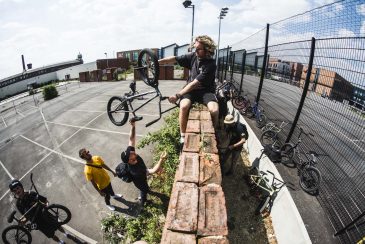 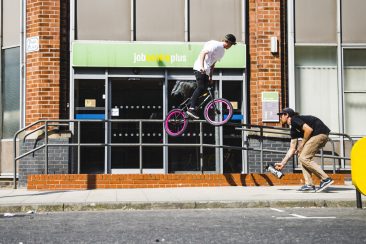 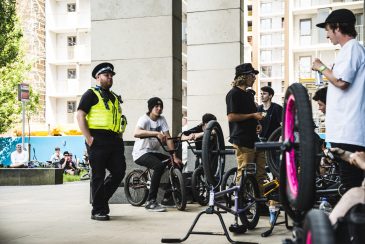 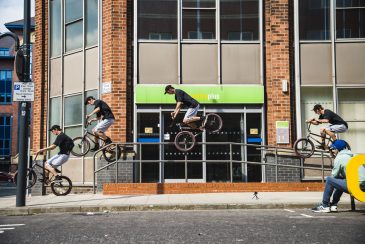 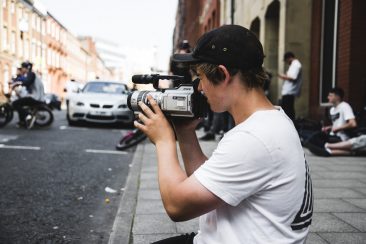 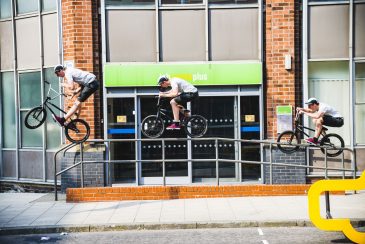 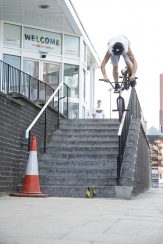