This time it’s Ride Issue 30 – August/September 97, Bicycle Union owner John Dye is on the cover with a dirt moto. Turn’s out he might not even have wanted to be on the cover! Read on… 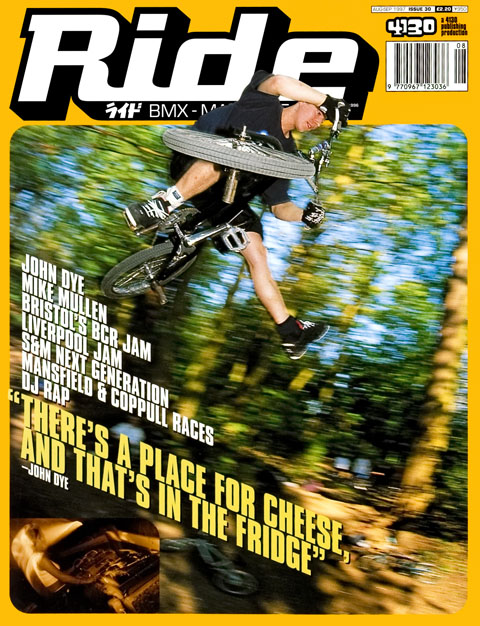 Spot:
Pinner trails in Middlesex, this was the trail spot we rode and built at back in the 90’s, Adam Peters lived just up the road from the trails and although Grotbags lived the closest, he definitely did the least digging, in fact he had a pretty good amount of coverage, and I mean loads from Pinner, he had pages of pics from the place and a poster, in full race gear in the mid 90’s-way uncool-anyway you got to love the Grotbags.
Pinner was a seminal spot back then and had its fair share of good local riders (Scott Stevens, Elliot Mcgrath, Birdman, Jerry Galley, Stuart King, Lemsip and many others all rode there) the place was a stop off spot for any trail tripper’s from the north and sometimes Europe coming through in the summer. It featured in many old 90’s videos and can be seen on the Backyard box set that came out late last year. Basically if you are over 30 now and ride trails you would have rode Pinner. Also on a side note one of the girls from 90’s Grange Hill used to walk her dog through those woods, Birdman knew her or something-Louise Bradshaw-White. She is in a bunch of TV shows still.

Photographer: Grotbags
The ciggie smoking pot demon with a thousand sponsor deals and a fleet of free race bikes stashed in his garage had taken up photography and was at that point the main contributor at Ride magazine.

Trick: Eeerm?
So I was shooting some pics with Grotbags (Paul Roberts) for an interview in Ride back in 97. The interview was pretty horrible and full of teen angst, although I was way passed that age by then anyway! We shot at Leigh on Sea skate park-a one handed flatty on the 8 foot, bar spin and tail whip over the hip in the mini complex, a stinky x up at Bristol skate park, a 360 tyre tap on the indoor spine at the first Seventies warehouse and a table 3 at Pinner, actually I didn’t like many of the pics other than the 1 hand flatty and the table 3 from that interview- not so much the photography but the bike moves. We shot for a day at Pinner trails, I’m not sure but I think it was a weekday when we were doing these pics.
We were shooting on one jump, the last jump in the line, back then most people’s trails had one trick jump per line and more often than not it was the last in the line, so this was the obligatory “trick set” in the line.
Anyway I remember doing a whole load of 360 variations that day, one of which, the table one ended up in the interview inside the magazine. At the end of the session I was f@cking around doing some 1 footers, at that time there wasn’t really anyone doing that trick that I can remember, back then it wasn’t really even worth doing, this was the era of bar spins to x ups, truck drivers and all kinds of no footed variations. I was just messing about and telling Grotbags to check it out its like that motorbike thing where they dangle the foot off all lazy and leave it out there for a while, I’d never done it before that day and didn’t do it again for a long time after that, years after.
A few weeks later Grotbags told me “I think you’re going on the cover’, I wasn’t even sure if I wanted to be on the cover, so I asked him what pic and he told me “that moto cross dog leg thing”, I was just like f@ck this, I thought it was pretty lame and definitely would have binned that move if some one else was on the cover doing it! Which is funny cause I still do that move today alot! 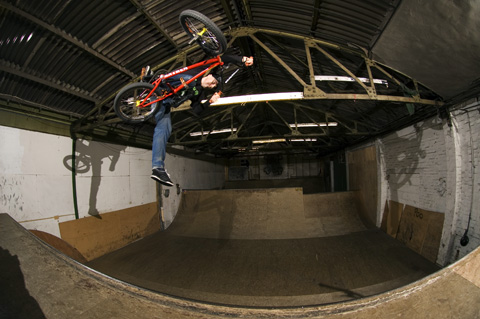 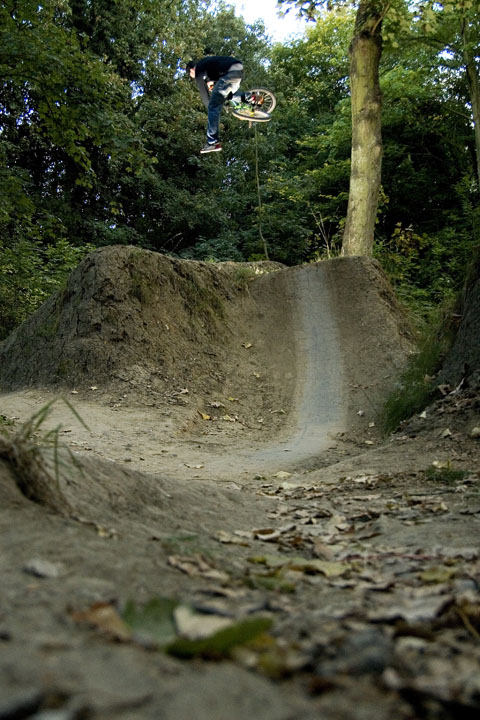 Yesterday Ben Green showed me an edit on his iPhone he’d put together of Nike 6.0/Animal rider Dan Boiski. Today it’s on the internet for... 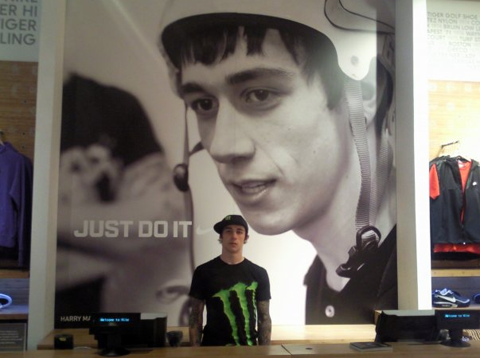 Harry Main is a name that’s been on everybodies lips recently, mostly due to his ability to invent impossible new tricks and put it out...

In a usually unusual run mixed up with 360 flips, 720 turndowns and tech lip combinations, Mark busted out his latest trick, the decade to...

Yesterday Ben Green showed me an edit on his iPhone he’d put together of Nike 6.0/Animal rider Dan Boiski. Today it’s on the internet for...

Harry Main is a name that’s been on everybodies lips recently, mostly due to his ability to invent impossible new tricks and put it out...

In a usually unusual run mixed up with 360 flips, 720 turndowns and tech lip combinations, Mark busted out his latest trick, the decade to...

Yesterday was a pretty full on day in Montpellier, the ninety five riders in pro street took more than enough time, leaving the whole street... 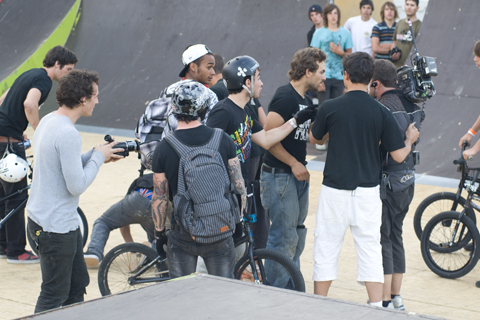 There is always plenty of paparazzi at European events, some with wild and wonderful cameras, some with downright ridiculous cameras. As the media we often...