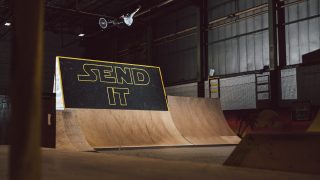 When I was over in Ireland recently, Hendo told me about something super exciting. I thought now would be a great opportunity to spread his good news. His hard work over the last few years is obviously showing and I am so stoked that it has been properly noticed. Read on…

What’s up man! I’m excited to finally share the news that I’m now riding for Cycling Ireland with the idea of competing in the 2024 Freestyle BMX Olympics.

– That’s mega! How did that come about? Were you approached about it?

It has been a long process. I was coaching a BMX racing club in Thunder Park (Belfast City BMX club) and I was talking to Jonny, one of the main guys that runs the club, who I’ve known for a few years. We were chatting about the Olympics that were happening in a few months, and that hopefully it’d boost BMX hype over here again. He asked me why I wasn’t trying to go for the Olympics and to be honest I’d never really even thought about it, my goal at that point was to ride as many contests as I could and to just be active. So I think that’s how it all started.

Leading up to the Olympics there was a lot of hype, I got approached by a couple of newspapers to do some work and even did a radio interview. I then got a Cycling Ireland licence and Jonny was quickly in contact with them. CI were hosting meetings discussing Freestyle BMX and what the process was for this opportunity, and me. All this happening really got me motivated and I was so pumped. 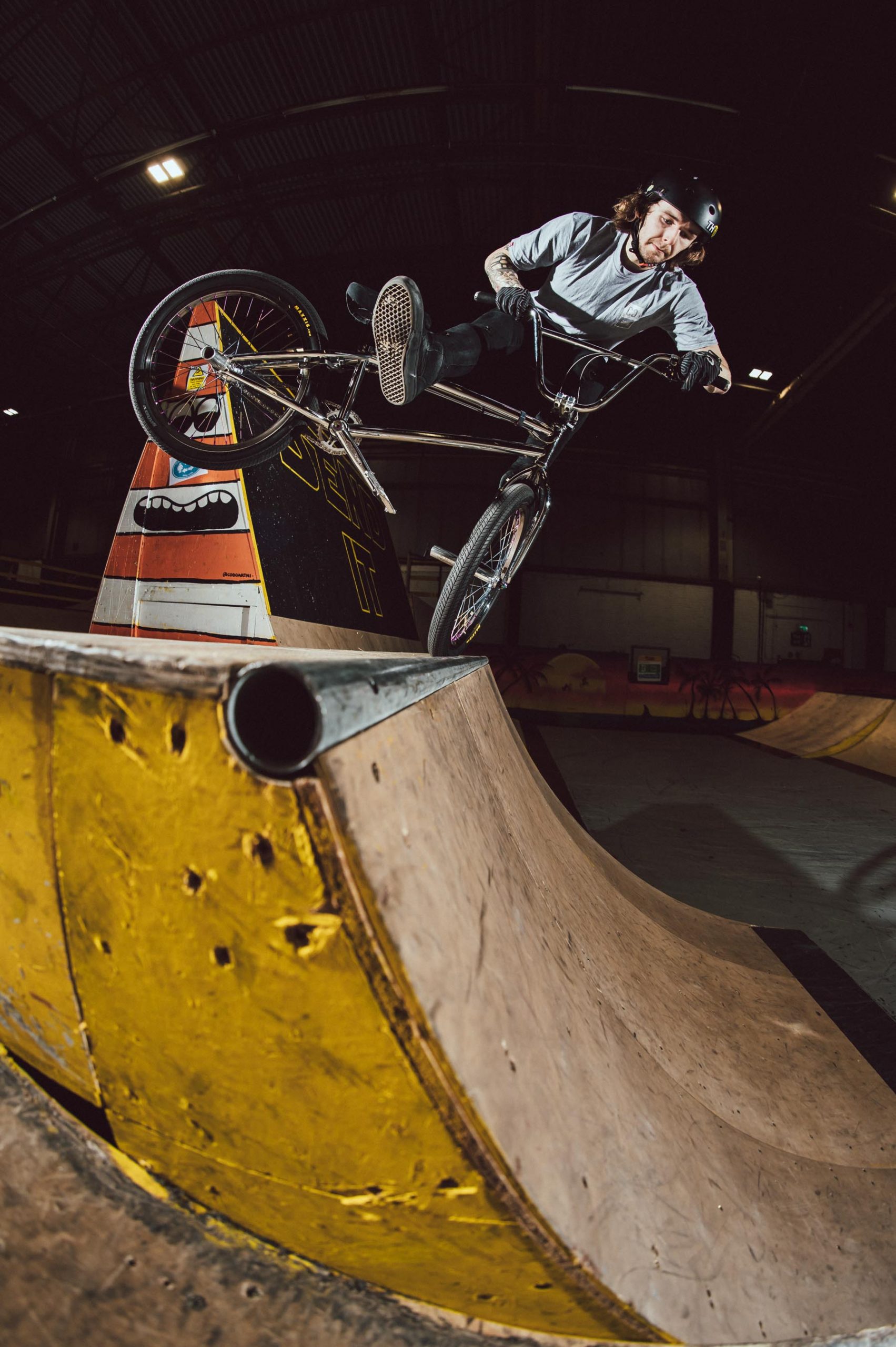 “There’s a lot of different sides to BMX, some people just love riding day to day to get that satisfaction and others want to push to see how far their limit is. You just have to be respectful of it all.”

A few months before this I got sponsored by a gym called Zenith Strength and Conditioning and the clothing brand Credo, so things were moving really well. Later on, the hype for the Olympics slightly died down where I hadn’t really heard much news, but during this period I really focused on myself, trained hard and consistently and was putting a lot of work into my riding. The more I did this the more I progressed and enjoyed pushing myself past my comfort zone.

At this stage 5-6 months had passed and I still hadn’t really heard much from CI, so it was a bit frustrating because I really didn’t know where I stood and was running out of time with 2022 just round the corner when all the comps start.

Last November I decided to quit my job of 7 years and began working in Thunder Park so that I could ride more and just constantly be in that environment. I then got someone to manage me and really get things going with CI. We got in contact with them, but as I’m the first person doing this and working with CI, there’s been a lot of meetings and things to go over to make sure that I met the criteria. As much as it would have been nice for the opportunity to have been given to me, it’s been a lot of hard work for me and my team to get this far, so if anything it makes me work even harder!

– What does it mean for you? How does it help you?

This means that I could be the first Irish Freestyle BMX rider to compete in the Olympics. I’m grateful CI have come on board and provided this help and support as this is not only big for me but for the Irish BMX scene. I’m just stoked to be paving the path for the next up and coming riders.

– Some people were sceptical about BMX being an Olympic sport. How did you feel when you first heard that BMX was going to be in the Olympics?

I thought it was good for the BMX scene in some areas. Freestyle is going to be put out there for a wider audience and it will help it grow. But, I can also see why people didn’t think it was a good idea with how serious it’s going to be as an Olympic sport. What I’m doing and the work I’m putting in is definitely serious, but you still have think back to why you’re doing all of this and it just comes down to your love of riding bikes. There’s a lot of different sides to BMX, some people just love riding day to day to get that satisfaction and others want to push to see how far their limit is. You just have to be respectful of it all. 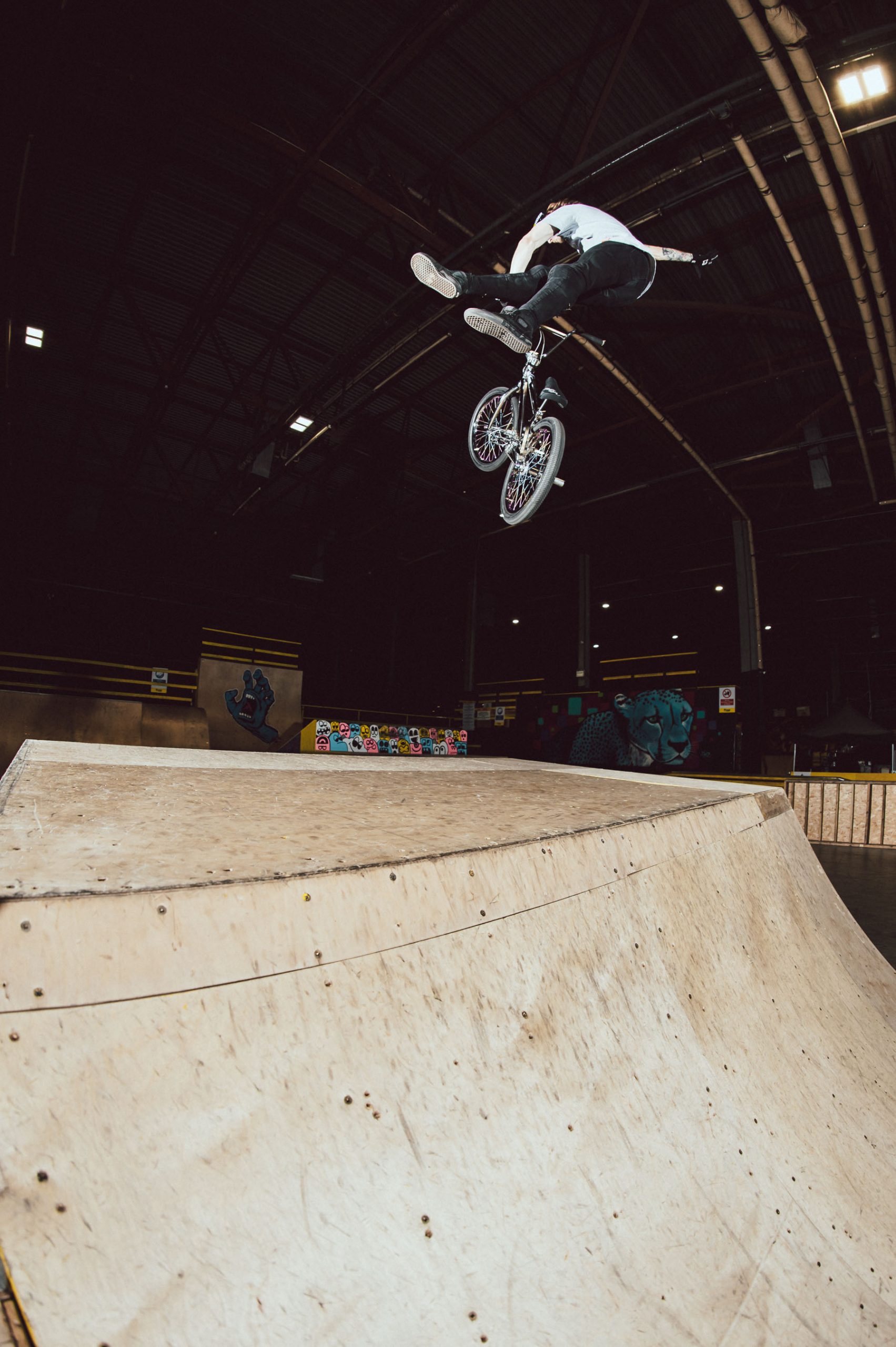 – It’s a long road to the next Olympics. How do you go about trying to get there? Are there specific competitions you have to go to?

It’s gonna be a long process over the next couple of years. I’ll be competing in different UCI contests, all around the world, trying to collect as many points as possible for Ireland. Eventually, it’ll be the top 9 countries with the most points that qualify for the games in 2024 and in some ways this is good as it means it’s the top 9 countries going through and not the top 9 riders essentially. Although for me it’ll be a bit harder because I’m the only one from Ireland collecting UCI points.

“I’ll be competing in different UCI contests, all around the world, trying to collect as many points as possible for Ireland.”

– I’ve seen the crowd funder that you have posted on your socials. Was that a difficult thing to do? How can people help out?

It was a bit of a leap, a few of my close mates were telling me to do it and I kept putting it off. It’s never gonna be easy putting yourself out there and asking for money. After about a week of debating what to do I realised I was caring too much about what people were going to think, so I set up the GoFundMe. The support I’ve received from everyone is amazing and pretty unexpected! I posted the GoFundMe just over a week ago and I’m already over half way to the target! So if anyone wants to show some support I’d greatly appreciate it, just follow the link.

I’d just like to thank everyone that’s behind this and supporting me, Cycling Ireland for coming on board, all my sponsors (Thunder Park, Core, Zenith, Credo, Magic Flow Bus) and my closer team at Thunder Park as they could not be better. They’re all going leaps and bounds to support me and this dream so I’m just feeling grateful to have people like this around me.

Keep er lit The Irish Are Coming so it is. 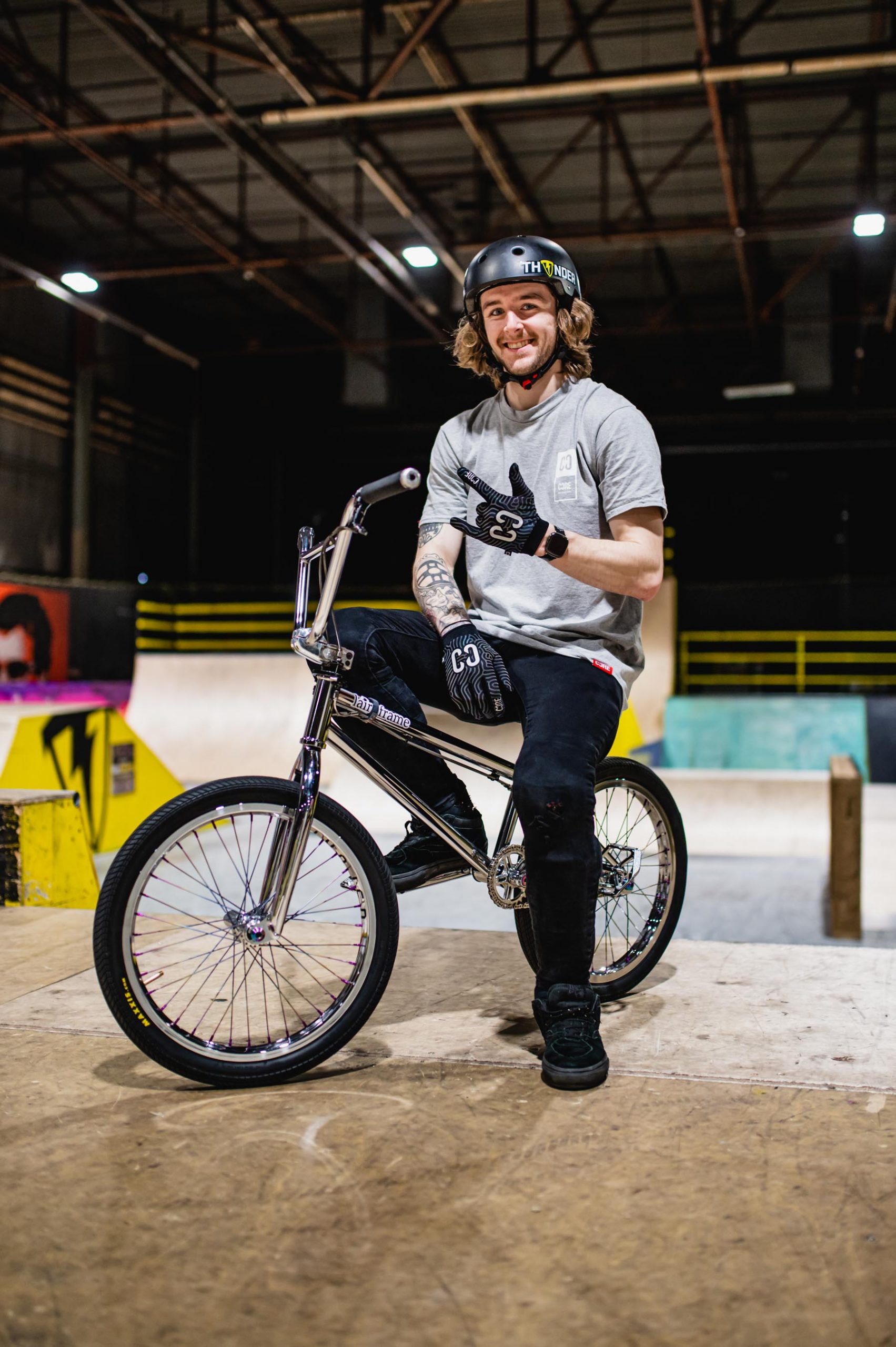 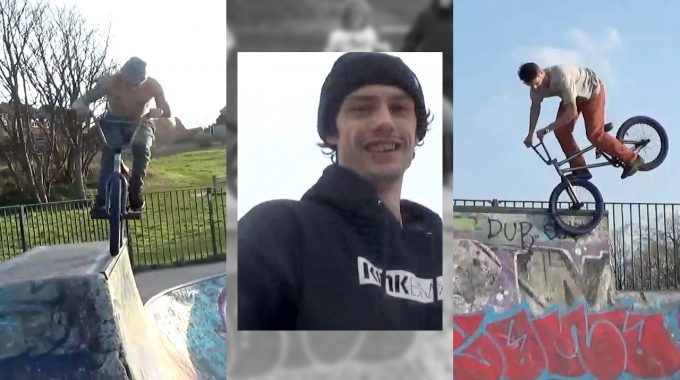 "Pete Jones shows up over the space of a few sessions and pulls out what you see here, riding our local skatepark unlike any other..." 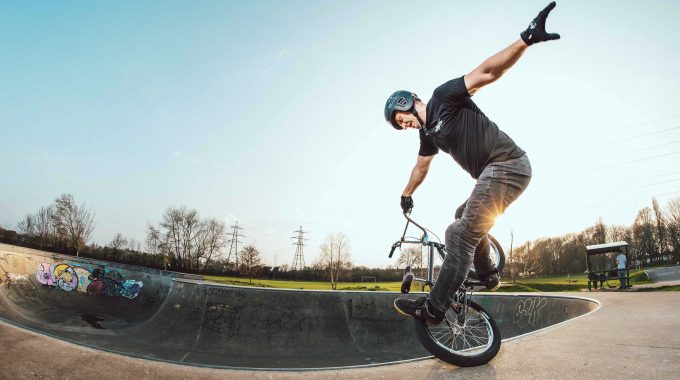 Ripping at 50. Adam Lievesley gets to know this level 5 shredder. 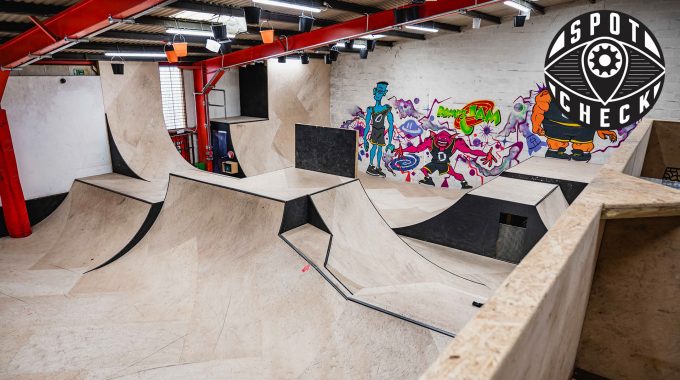 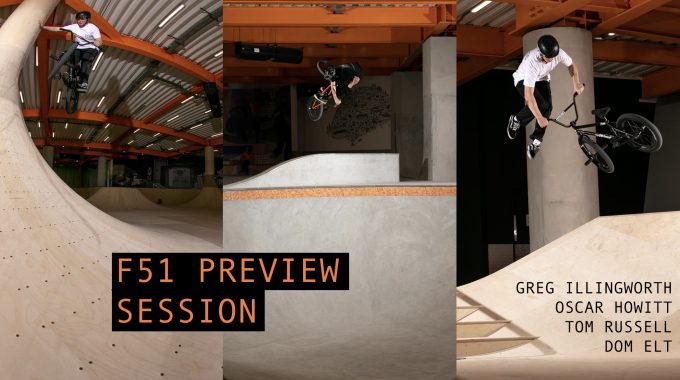 F51 is the world's first multi-storey skatepark with concrete and wooden ramps over three floors... We were allowed in early for a private session... 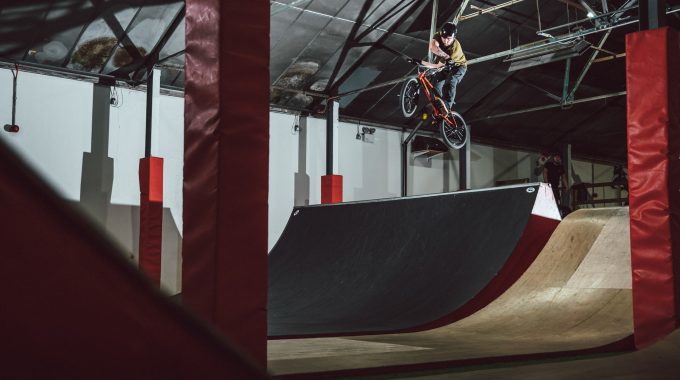