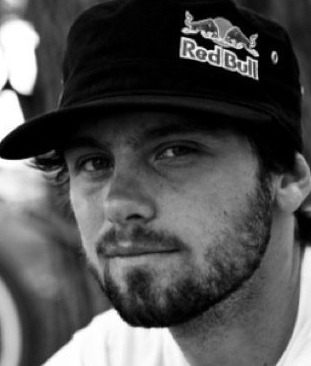 British rider Kye Forte comes from a family of passionate BMXers – growing up in Newton Abbot, Devon, he competed from a young age against his two brothers Toby and Leo, who have both also gone on to become successful pro bike riders. With a preference for dirt trail riding, he says he is still most at home on his own Decoy Trails near his hometown.

Kye is sponsored by Oakley and Red Bull, and, along with brother Leo, rides for UK brand United. The brothers’ joint signature complete is the ‘KL40’, the Pro version of which is a fully-fledged trail-ready beast that comes complete with an incredible custom Black Crystal paint job.

His first major competition victory was the European King of Dirt title in Berlin in 2002, and he went on to be named Dirt Jumping World Champion in 2005. In 2007, he founded the Red Bull Empire of Dirt at London’s Alexandra Palace, which freshened up the sport by mixing in elements from snowboarding and motocross to the normal Dirt contest.

Noted for his smooth style, Kye’s special talents are for whips, flips and 360s, and for getting huge air – he entered the record books in 2012 when he performed a jump of 6.38 m,

the highest BMX jump in history, on a purpose-built ramp in Bristol. As much event organiser as rider these days, Kye was chosen to select 50 of the best riders from around the world to compete as Dirt returned to NASS in 2014. 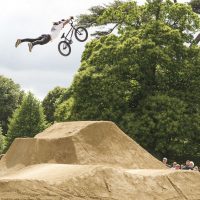 "It’s insane, quite a location for a set of jumps, that’s for sure."
4 years ago | by Robin Pearson 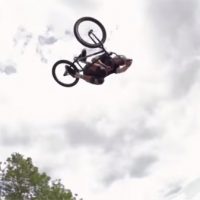 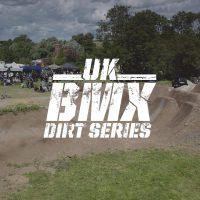 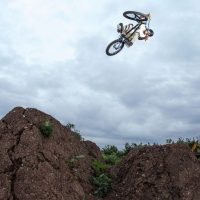 With three rounds at permanent trail spots, followed by the series final at Lakefest, this is lining up to be a fully awesome time.
4 years ago | by Fraser 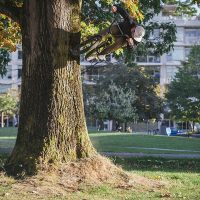 What is it that is so compelling about riding an object of nature, as opposed to a man-made object? I found myself asking this question after doing a tree ride...
5 years ago | by Fraser 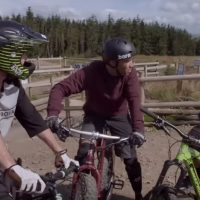 Ed Leigh and Phil Young were given a brand spankin' new Ford Focus S-MAX and set the task of driving 1500 miles around the country while stopping off to meet...
5 years ago | by Ryan Van Kesteren 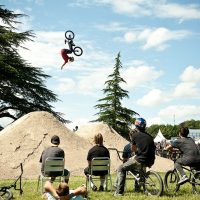 British rider Kye Forte comes from a family of passionate BMXers – growing up in Newton Abbot, Devon, he competed from a young age against his two brothers Toby and...
5 years ago | by Fraser 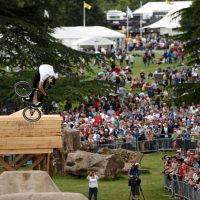 We've got another exciting event to tell you lot about and it's called the Goodwood Festival of Speed. Pretty cool name eh? Basically this festival has got it all, everything...
5 years ago | by Fraser 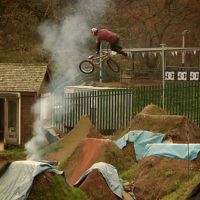 Kye Forte has done it all... From riding BMX to MTB via Motocross riding, two wheels have always been Kye's choice no matter the discipline. Take a look at this...
5 years ago | by Fraser 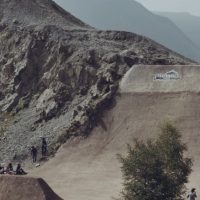 I'm sure you'll all remember the Red Bull Quartermaster event over at Revolution Bike Park in Llangynog, Wales. If you don't then where the hell were you?! - Basically Sebastian...