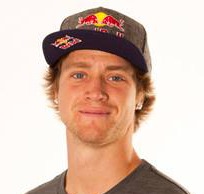 Canadian Drew Bezanson was originally a motocross rider before switching to BMX at the age of 12 after a visit to a skatepark in his hometown of Truro, Nova Scotia, Despite the area’s long winters resulting in extended periods of seclusion from the rest of the BMX world, his riding progressed quickly, and he made his big breakthrough in 2008 with victory at the Toronto BMX Jam.

From then on, the competition victories came thick and fast, including more success at the Toronto BMX Jam in 2010 and 2012, the prestigious Simple Session in 2010, 2011 and 2012, and Red Bull Framed Reactions in 2013. He has also put in some solid performances at the X Games, finishing in sixth place in Barcelona and fifth in Munich in 2013.

Now sponsored by brands including Fox Rider, Red Bull, DK Bicycles, Toyota, The Shadow Conspiracy, Skullcandy, Ryder Distribution, GoPro and Ethika, Drew’s success continued in 2014. Among the highlights was his fourth victory in five years at Simple Session, a second place in the X Games Park final, and a third place at Red Bull Dirt Conquers in Guadalajara, Mexico.

Drew is a natural rider, with a persistence and a genuine passion for BMX which is now paying off. His flamboyance and creativity was perfectly illustrated during his rookie Dew Tour year in 2008 when he landed the first ever double truck driver off the curved wallride, on his way to three finals and a ninth place finish overall in the Park rankings. 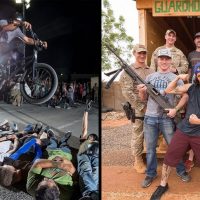 FRIDAY RANDOMS: Bikes Over Baghdad - We Salute You!

Since it's remembrance day this Sunday, I thought it would be nice to dedicate our FRIDAY RANDOMS section to the fine men and women of the armed forces. I'm not...
3 years ago | by Robin Pearson 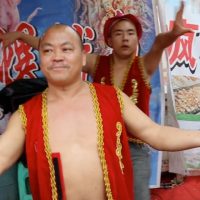 Haggling, Dancing and Virtual Reality
4 years ago | by Fraser 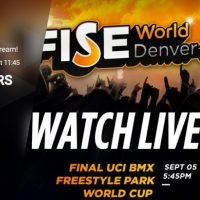 Ladies and gentleman have we got a treat for you this Sunday at 5:45pm. The FISE UCI BMX Freestyle Park World Cup 2016 ﻿is being streamed LIVE for us all...
4 years ago | by Ryan Van Kesteren 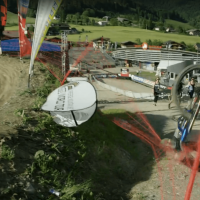 I’ve got to be honest. I thought Drew Bezanson was going to make this look f***ing easy. But it turns out it’s really really  f***ing hard after all.
4 years ago | by Fraser 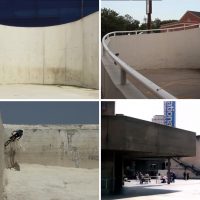 10 CRAZY WALLRIDES is back by popular demand! Since the first video I made did so well last time (only 5.5 MILLION views!) I decided it would only be right...
4 years ago | by Fraser 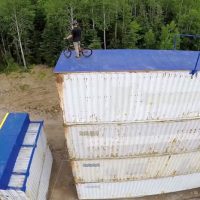 GoPro: Behind the Scenes with Drew Bezanson’s Uncontainable

Drew Bezanson's Red Bull: Uncontainable video was pretty EPIC, I'm sure you'll all agree with me on that one. Well this video has just emerged showing a bit of a...
4 years ago | by Fraser 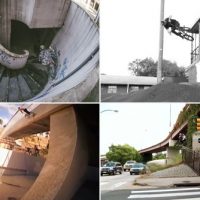 After the video of 10 Crazy Wallrides yesterday I thought it would be rad to look back on the original video sections these crazy clips came from, plus maybe jog...
5 years ago | by Fraser 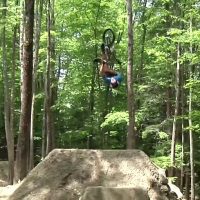 I really can't get enough of Drew Bezanson's riding. Everything project he does seems to completely push the limits and it's always entertaining to see what he's going to come...
5 years ago | by Ryan Van Kesteren 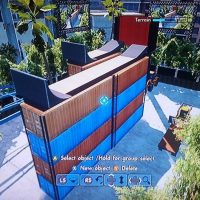 Face Book fan Drew Davis spent three and a half hours building this replica of Drew Bezanson's Uncontainable ramp set-up in Skate 3. He was so into it he spent...
5 years ago | by Ryan Van Kesteren 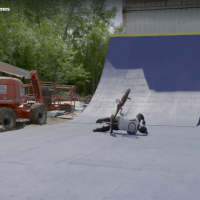 Uncontainable – Behind the Scenes with Drew Bezanson & Morgan Wade

Drew Bezanson shut down the internet last week with his Red Bull Uncontainable Edit. Now he tells us the story of went into creating a project of such scale. Watching...