After a good sleep we got up pretty early again to make things happen. Weather was awesome, at 9am we already hit the 25 celsius mark. It´s warm in SoCal during winter but it does get dark early too. So for some outdoor riding we needed to get it done by 5pm.

We drove something like 10 min  and then by total coincidence past a ditch. It looked pretty cool from what we could see from the freeway so we decided to take the next junction to hit it up. Arriving at the ditch we figured we just found a pretty famous ditch by coincidence, pretty classic LA river ditch with a bank to wall under a bridge. Perfect to ride. 1st session was on for 2 hours! 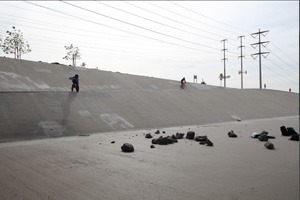 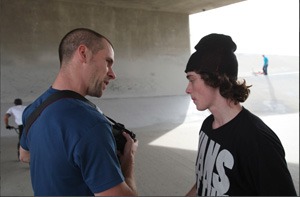 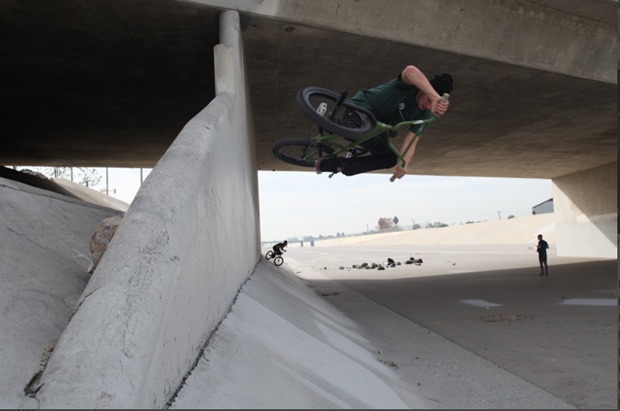 Kevin Kalkoff, tweaking ‘Off the wall.’ 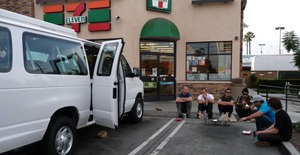 7eleven´s might not the your best choice for food but they are convenient as they´re located every three blocks or something. So quick charge up and then thanks to Ryan Fudger we had a pretty cool next spot with the Fullerton Skatepark. The park was OK crowded with skaters and some bmx riders. Normally it´s skate only but they were cool with us riding there, I guess it´s also cause it´s kind of a FIT and S&M ground. There were some cool lines with some trannies and some street stuff. Tobi and Ben boosted some hips, Kevin did some sweet tech stuff and Bruno 540´d the fence. 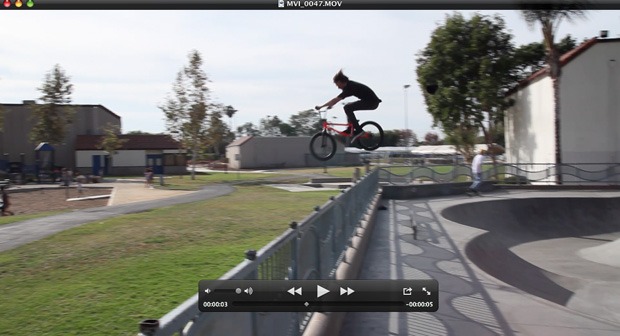 Screen grab from the edi that will be dropping soon.

Our last mission for that day was to check out legendary sheep hills for some sundown riding. Unfortunately it wasnt running at all so we decided to call it a day – riding wise.

After a quick shower we got invited to a party Vans threw at the HB Hilton. Every bar is nice so cant go wrong with that and they had some great fresh food there too. Thanks guys!

Check out this Dig exclusive video. The BSD team headed to the Midwest of USA to escape the English Winter. Check out what they got... 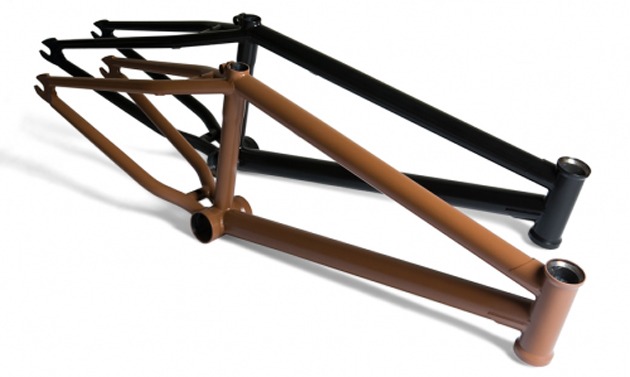 FIT UK and 4Down Distribution are working with Fit Bike Co to create a signature frame with Ben lewis. Check it out here.

Check out Cam White's Hillside Dirtjam at his trails in Australia.

Check out this Dig exclusive video. The BSD team headed to the Midwest of USA to escape the English Winter. Check out what they got...

FIT UK and 4Down Distribution are working with Fit Bike Co to create a signature frame with Ben lewis. Check it out here.

Check out Cam White's Hillside Dirtjam at his trails in Australia.

Premium Bikes rider Garrett Reynolds didn't get to ride the finals at Simpel Session because of a collision with Brian Kachinsky during best trick. Check...

Photographer and designer Adam Frame has just sent over his photo booth for this week. Check it out here!