You may have seen this in the new issue of the magazine [Issue 130] but if not here it is, our 2009 Ride to Glory advert!

If you don’t know what Ride to Glory is, then let us give you a quick heads up:

Much like a normal roadtrip, a team of riders jump in a van and take off in search of riding, but this gets a little different. Each team is made up of five riders, four from the UK and one from abroad, a special guest. There is also a team manager who drives the van, a filmer to capture the action and a photographer who also doubles as the Ride UK spy. Why a spy? Each of the five teams on the trip is given a book of challenges to complete, this book contains lots of riding challenges like tricks but also a list of Highest, Longest style challenges. The Ride spy on the trip will fill in the book as the challenges are ticked off and the points will be added up at the end. The winner will get a bunch of money and the respect of the other teams!

But it doesn’t end there. Each team will produce a ten minute edit from there trip. These will all be cover mounted on the next issue of Ride, the Ride to Glory issue. We will then have a page set up on this website which enables YOU to vote on which was your favorite edit. The winner of this will then be invited back next year.

It might sound a little complicated, but it isn’t really. It’s going to be a fun trip for everyone involved, last year it was nicknamed, The Ultimate Roadtrip.

Team lists will be announced shortly… 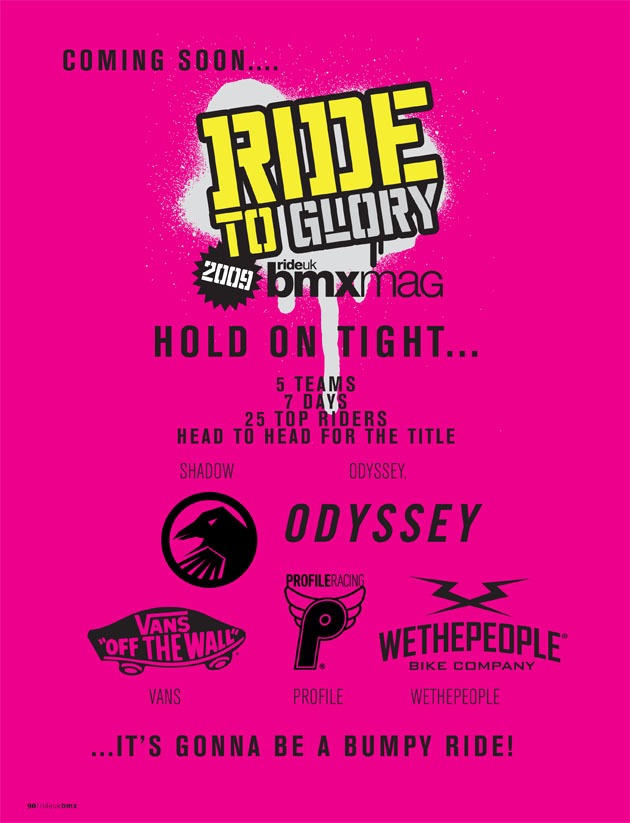 The long awaited Shola premiere is going down at the Brass Monkey in Hasting's this Saturday... 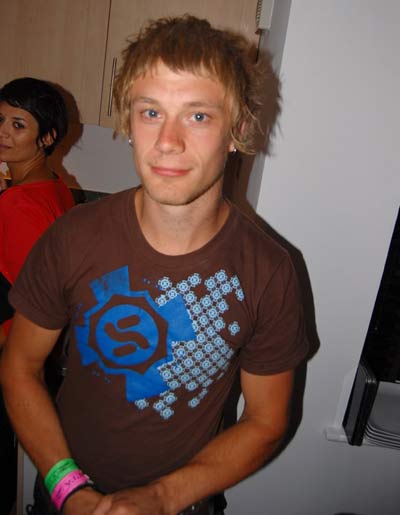 Paul Jeffries and 'Pipe' Williams (below) have recently been signed to Stolen. Here's a little edit by Jaimee Proietti of Stolen's Josh Irvine...

The long awaited Shola premiere is going down at the Brass Monkey in Hasting's this Saturday...

Paul Jeffries and 'Pipe' Williams (below) have recently been signed to Stolen. Here's a little edit by Jaimee Proietti of Stolen's Josh Irvine... 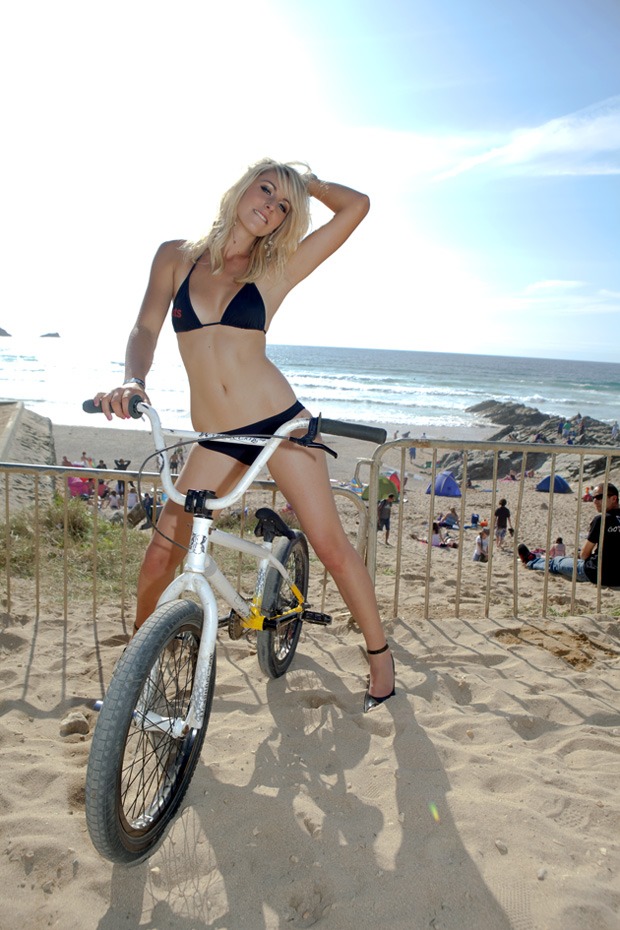 BMX is just great. Everything about it is great. You have fun with your mates, get scared, surprise yourself, go to new towns, meet new...

Mutiny trails rider Tom Robinson is now getting hooked up by Howies Clothing. He now joins Oxford trails rider Aiden on the team... Here is...