The site has been going crazy this past couple of days because of the Perris Benegas edit. Rightly so, it’s sick. However, more than any other edit we’ve featured on this site the comments on here and Facebook called for Perris to be wearing a helmet!

This seems strange to me as we feature so many edits with riders who don’t wear a helmet and nothing is mentioned. Is it because Perris is female? what is the deal here? We asked our Facebook fans, and as per they reacted…

We’ve noticed so many people comment on the fact Perris is not wearing a helmet… more so than any other edit, why?

Zach Shaw “Because when someone is put up there to become a role model of sorts no helmet and pads puts out the wrong message. I think that’s the short answer?”

When we post an edit of say Dak, no one ever comments on the fact he never wears a helmet. Is it because he usually rides street and Perris is in a park? is it because she’s a girl? weird one..

Zach Shaw “It’s true you are completely right, man or woman the fact they we have had so many amazing riders receive life changing head injuries makes any sort of glamorizing of macho no pad image seem daft? I guess it must hit home harder when you see a woman riding without a lid or pads on?” 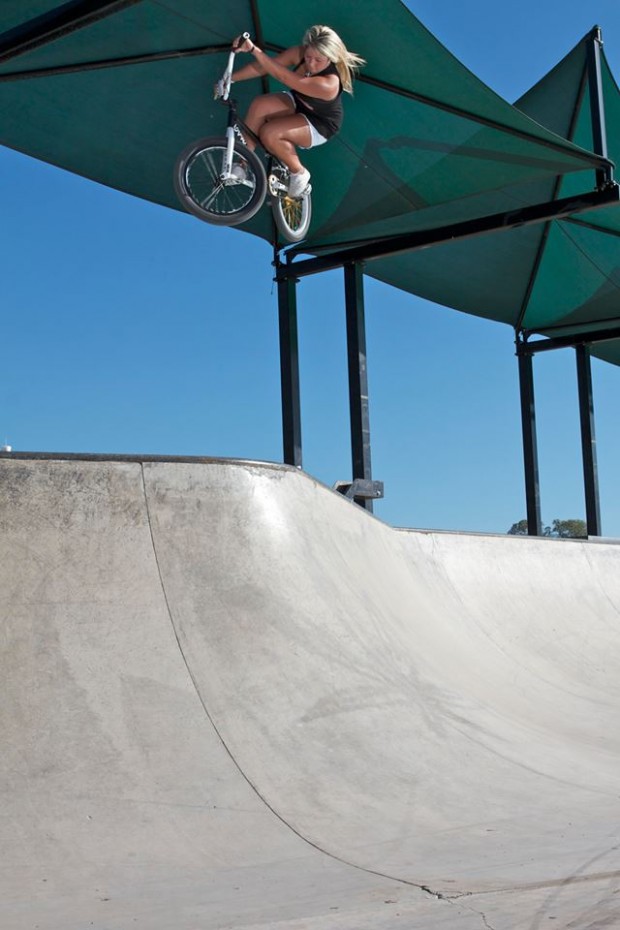 Leonie Macdonald “Perhaps because of a lot of ‘us girl riders’ wear pads and helmets for safety, and so its odd to see a girl riding without?. Personally I won’t ride park without a helmet and pads because I’m riding at speed and height, but pure street I dont wear either – usually cos is spontaneous.” 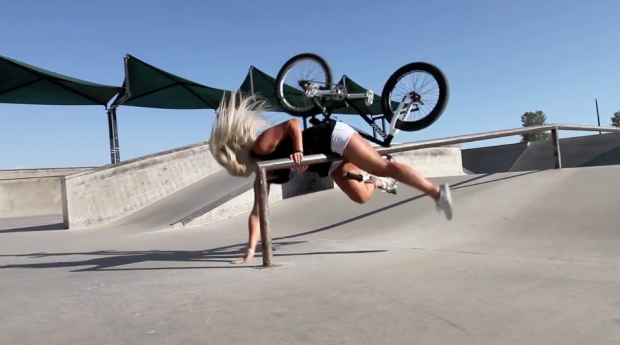 Ross Rayner-Brown “The first thing I thought when I saw the pic was “holy crap, I hope they don’t smack their head on that rail” I had no thought whether it was a guy or girl.
My point being the pic making it look like brutal face/head slam probably had a lot to do with the helmet comments.”

Nelson Neves “Good video, but not sharing because she not wearing helmet.”

Joe McMenimen “I agree with the helmet subject. She obviously has skills, but setting a bad example. Kids who aren’t good won’t get good if they get injured from trying to get good without the right gear.” 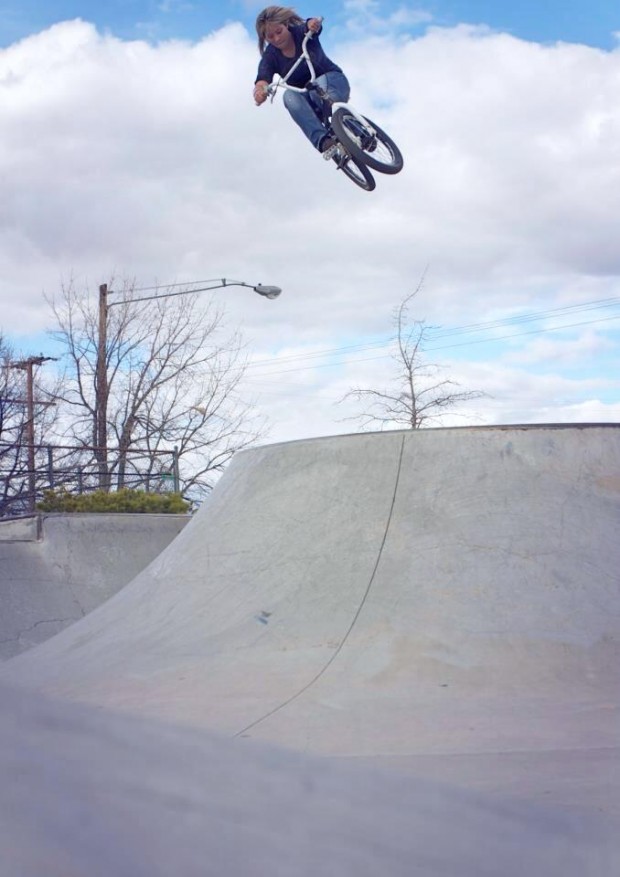 We were psyched on how much control and style Perris has while riding. Photo by RC Photography

perrisbenegas “This is awesome! Thank you so much I really appreciate this and the positive feed back! And before the comments about wearing a helmet start; I’d like to mention that I wear a helmet, mouth guard, and pads EVERY time I ride! I learned the hard way, but I still learned!”

Generally Perris does wear protection as her comment above states. It’s still really surprising though how many people commented about this subject. It’s a smart move to wear a helmet for sure. I personally don’t wear one though by choice. Keep the debate going over on our Facebook page…

More from Perris through the links below: 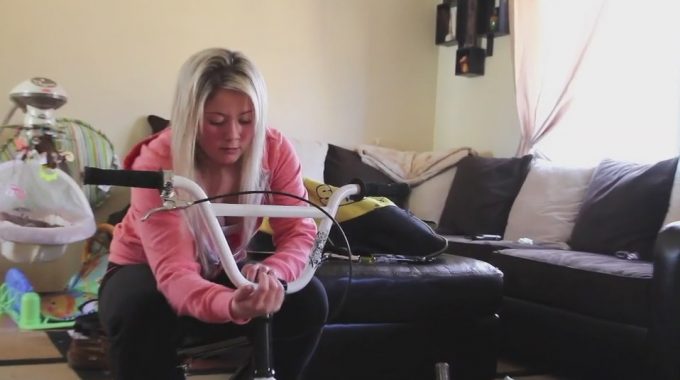 Just spotted this great video of Perris Benegas over on a guy named Ricardo Cruz' Vimeo account which was posted up. Since our main man... 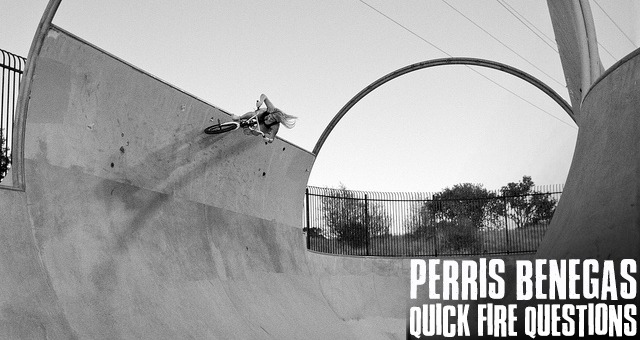 So we decided to ask her a bunch of quick fire questions and try to get to the bottom of why she's got more bike... 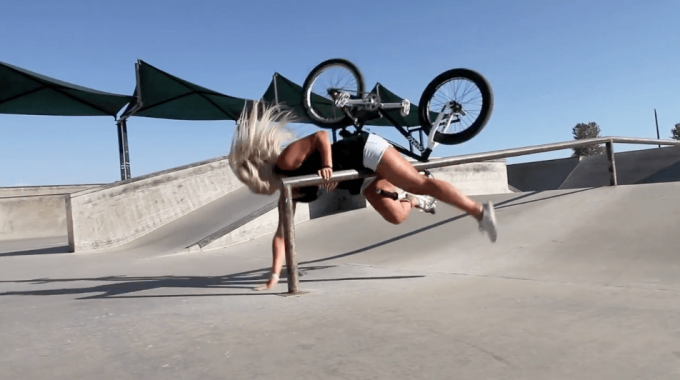 Just spotted this great video of Perris Benegas over on a guy named Ricardo Cruz' Vimeo account which was posted up. Since our main man...

So we decided to ask her a bunch of quick fire questions and try to get to the bottom of why she's got more bike... 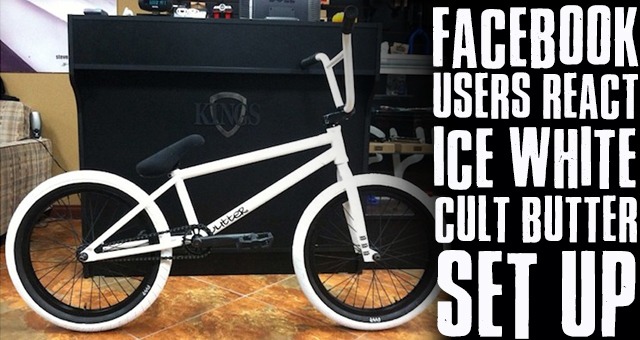 This bike belongs to a kid in the USA called Donald Rio and it was shot in Kings Ride shop over there. 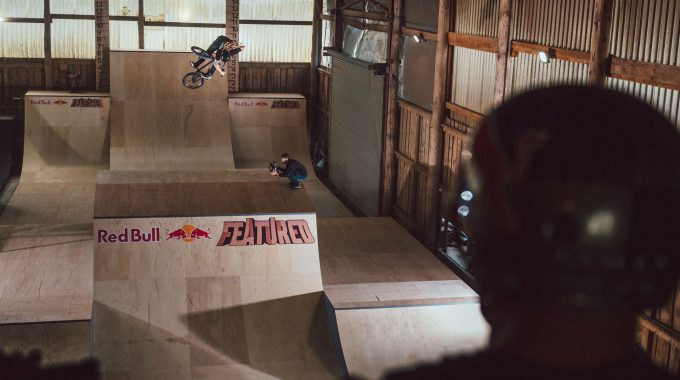