This issues cover rider is Tom Sanders, a rider from Hull. Tom riders for FBM through 4Down and had no idea he was going to appear on this months cover until he got th call from contributor George Marshall. Here’s some more info from Tom… 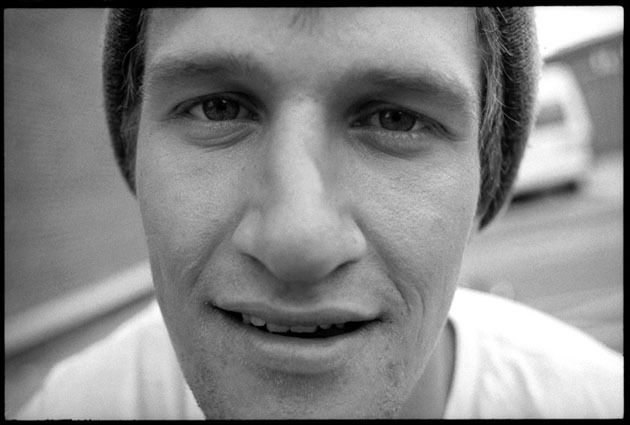 How’d the cover photo come about?
I didnt have a clue that i was been taken for the cover or that I was getting the cover, I just did the wallride for a extra photo for the Hull article, I only found out that it was going to be used for the cover when George rang me afew weeks before the issue came out.

Where was it taken?
The photo was taken at Boothferry park which is the old stadium home of the Tigers (Hull City FC). It’s now run down with the pitch as wasteland and the stands ripped up. We orginally went there to go up onto the roof for blyth to do a whip there and for George to get some photos of the stadium. As we were leaving I pointed the wallride out to George to see if it was worth shooting.

Did you pull it first go?
Yeah i pulled it first time but then went and did it afew more goes to see if i could get it beter until George was happy with the photo, ha. We didnt have a clue if it was going to come out as George shot it on film.

Who, out of all your friends and family will be the most appreciative of it?
Haha, probably be me dad. His dad used to be a stuntman who used to go through glass sheets and fired hoopes on his motorbike. Me Gran used to tell me all the stories when i was a kid, ha. Plus the fact it might make up to my parents for all the years i didnt go to school. Other than that i think it would be my mate Steve who’s been in the Hull scene for years and loves BMX. He was siked.

Which is your favorite magazine cover of all time?
I cant really think of my all time favourate but there’s afew that stick out in my mind Joe Cox oppy toothy Issue 87, Josh Strickers on Issue 82 of the wallride, Blyths on issue 123, Ben Lewis on Issue 129 there probs my favourte covers of ride so far.

What are you going to do today?
Today I’m at work at Beasleys in Hull which is a clothing shop i work part time at when im not at college, I spend most of the day drinking tea and talking shit with Bob who I work with. Then I’m going to go through to Ings park which is the local skatepark and probs ride there all night with Safe Nath and Carl Wood.

A lot of wood, a lot of dust, a lot of work. An underground, invite only event. Teams and riders to be announced. http://vimeo.com/6590310 More information soon…… 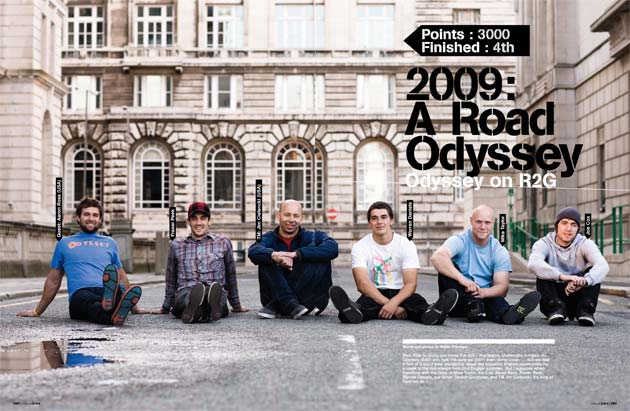 Ride UK BMX Magazine's Ride to Glory issue is on sale today! A full issue packed with everything that went down on this years...

You've just got the magazine, watched the edits, picked your favorite team and now you want to vote? You're in the right place. To vote...

A lot of wood, a lot of dust, a lot of work. An underground, invite only event. Teams and riders to be announced. http://vimeo.com/6590310 More information soon……

Ride UK BMX Magazine's Ride to Glory issue is on sale today! A full issue packed with everything that went down on this years...

You've just got the magazine, watched the edits, picked your favorite team and now you want to vote? You're in the right place. To vote...

A day with: Liam 'Lima' Eltham

We went to spend a day with S&M, Relentless, DC and Fox rider Liam Eltham last Wednesday just before he departed for the trails competition...

A day with: Liam 'Lima' Eltham

This is one to look out for. Joe from Pretty Shady has been traveling around a bunch recently filming for this and without doubt it's...