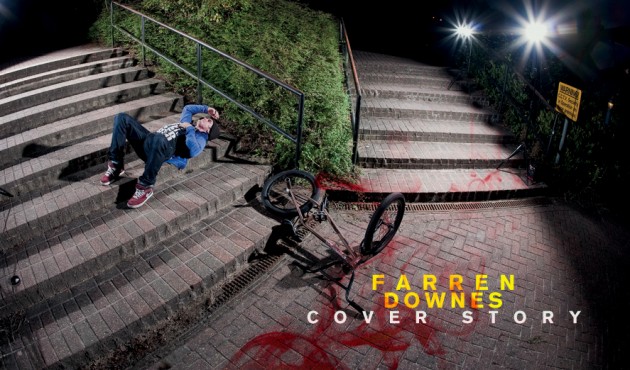 Fit UK’s newest member, Farren Downes scored this months cover (issue 144). This shot didn’t go as planned for Farren, but he persisted and got the job done! We caught up with him and asked him a few questions about his experience. Here’s what Farren had to say about his cover story. 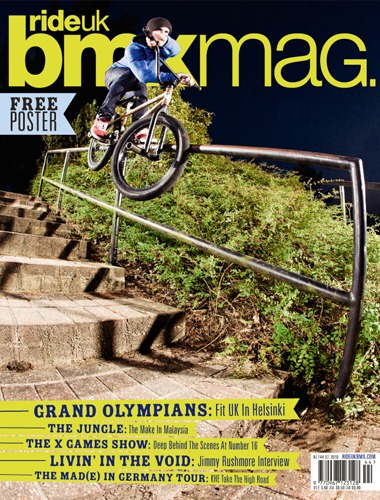 How’d the cover photo come about?
Banners gave me a call and asked me if I could do any posh grinds for a cover shot. I had been doing x-up luc-e’s for a couple of years but had never done one on a legit rail, and thought that this was a pretty good incentive to give one a whirl!

Where was it taken?
The rails are on the outskirts of Southampton. There pretty much perfect. Decent run up and run out, not to steep, good length and there in a pretty quite spot. Getting all those factors in one rail in England is rare to put it lightly.

Did you pull it first go?
Far from it!! I reckon I flew over the bars at least ten times in a row and landed on my face, knackered my heel, elbow and also cut both my palms open. . . I’m not going to lie – I was really hurt. 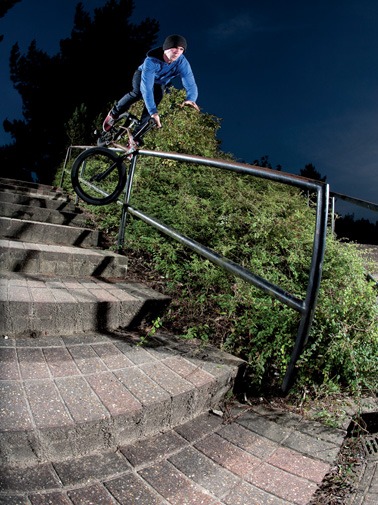 Who, out of all your friends and family will be the most appreciative of it?
Err – I’m not sure. My brother maybe? Or the dudes I work with, they always buzz on the BMX stuff.

Which is your favourite magazine cover of all time?
There was a Dig one a few years back where Jason Enns was riding down the street with his dog. At least I think it was Jason Enns? Anyway that one stands out in my mind as a cool cover.

What are you going to do today?
Well it’s now 3:15PM and I’m still in bed. So I’m going to get up, have a wash and meet a friend for a beer. She’s going to talk me half to death and after that, I’m not sure? Probably get some food and hangout with my housemates for a bit then go to bed early and try and have a more productive day tomorrow.

Catch Up with David Paul from Rad BMX Shop. 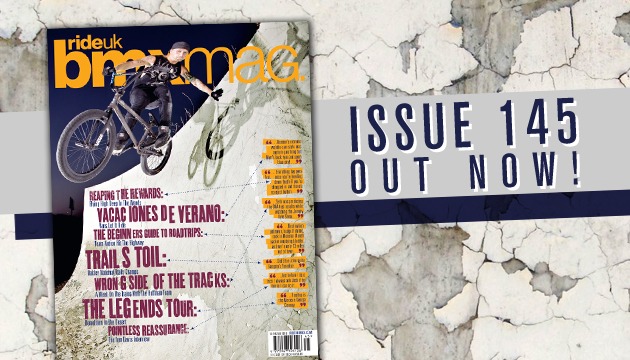 You've had a sneak peek of the cover. Now take a look inside!

Catch Up with David Paul from Rad BMX Shop.

You've had a sneak peek of the cover. Now take a look inside!

An Average Day with Mark Webb

An Average Day with Mark Webb

Recently at the 2010 London Cycle Show, Niki had a nasty fall sending him to Hospital...