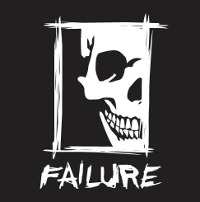 Based in Malaga, New Jersey and headed up by Matt Bischoff, American BMX brand Failure has offered a solid line of complete bikes, frames, parts, clothing and accessories since 2005. Its star rider is Liverpool-born Harry Main, but other members of the Failure crew include Nate Wessel, Travis Kiesow, Kevin Spanier and Swedish teenager Jacob Nedler.

Failure’s range of completes have included Main’s signature ‘Mainiac’, released in 2013 and featuring a mounted gyro and 20.4″ top tube, and 100 per cent 4130 CrMo head tube, top tube, down tube, cranks, bars and fork steerer. Main also has signature handlebars, a two-piece model constructed from butted chromoly with a knurled clamping area and 19mm crossbar, and heat-treated for additional strength.

Stand out web edits from Failure include a 2010 collaboration with Misled Clothing, featuring some incredibly smooth riding and loads of air from Brian Hinkel. Filmed by Movement, it closes with an amazing ender that no one thought possible except Hinkel himself. 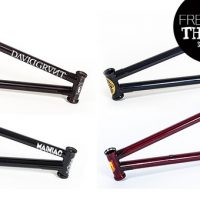 Fresh Out The Box: Frames Issue 173

The Make Hair of the Dog This looks an absolute treat from The Make. The midnight blue colour way and graphics are sick. Hair of the Dog is Chris “The Count” Lee’s signature frame....
7 years ago | by Ride UK 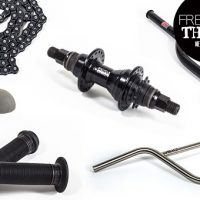 Fresh Out The Box: Parts Issue 173

Failure Mainiac Bars We’ve had the Mainiac frame, now here are the bars from Harry Main and Failure. Multi butted chromoly and heat-treated for extra strength these come in at 8.25” high,...