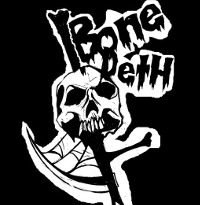 To quote the company itself, Bone Deth specialises in ‘creepo slime babes, depraved sexplotation flicks, BMX films and BMX bikes’. The brainchild of infamous street daredevil Sean Burns and a group of his closest (and maddest) East Coast friends, the company is into wild designs and imagery on an eclectic range of frames, parts and clothing.

The Sean Burns signature frame is the ‘Motorbone’, made from 4130 Sanko chromoly with double-butted down tube, and with a 74.5 degree heat-treated, CNC-machined head tube drilled for gyro tabs, as well as low profile, removable brake mounts. The ‘Motorbone’ comes in two colours, ‘matte dead black’ or ‘transexual Goldy Hawn’. Also available is the Bone Deth team frame, the ‘BSTRD’, designed to take some serious riding abuse.

The Bone Deth range of parts encompasses two handlebars, – the Burns signature ‘Deadman’ and the ‘Bomber’ – plus stems, cranks, grips, seats and posts, sprockets, hubs, rims and pegs. There is also a fork called the ‘Bottom Feeder’, strong enough for all of the Bone Deth crew with 4130 Sanko chromoly fluted, butted and tapered tubing, and given 100% heat treatment after welding. 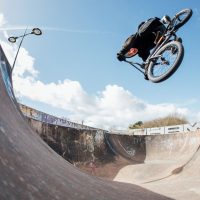 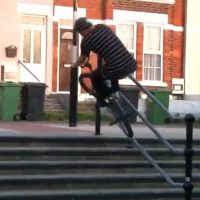 Back seat grab bump jumps, 360 one handers down stairs...  Bungay brings the spice, that's for sure.
6 years ago | by Robin Pearson 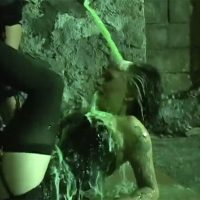 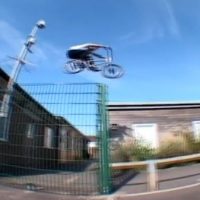 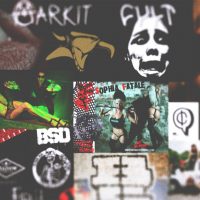 Standing Out From The Crowd
7 years ago | by Fraser 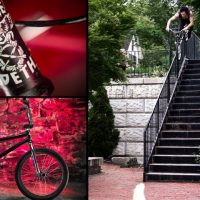 Twenty Two years of riding BMX and it has taken me this far to find the perfecto bone mobile. The steel deadman machine. The Bone Deth Motorbone accompanied with black...
8 years ago | by Fraser 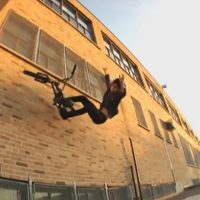 Albie Bennett is a WILDMAN! This short vid with just a few clips of Albie was uploaded by the guys at Bone Deth and even though it was just a...
8 years ago | by Fraser 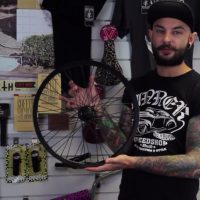 BMX-Shop.com have been doing some pretty sweet video product reviews lately and they're going down a treat. The manager of BMX-Shop, Sam Kirk guides you through some of the new...
8 years ago | by Fraser 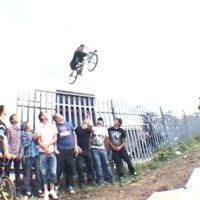 Bungay has been on the Bone Deth 'Deadman' team for quite a while now, but this is his first 'official' welcome edit. There's a lot of fast-paced mayhem as you'd...
8 years ago | by Fraser 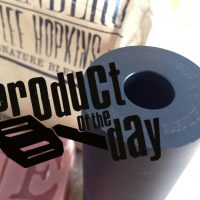 As far as packaging and presentation goes, Bone Deth's 'Coffee Grinder' Pegs + Wax take the WIN! We got a sample sent into our office and were astounded by the...