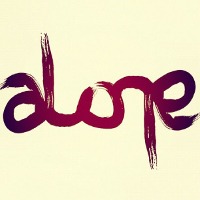 New products for 2014 from Alone include the second generation of the Sean Pointing-signature ‘SPork’ forks, with all the awesome specs of the original model together with added custom investment cast dropouts to make them more peg friendly and stronger than ever before. Also available is a Hitchcox-signature ‘Hitch’ variation, with welded front brake mounts.

Also on offer for the first time are the tripod-design ‘Big Dick’ seat, with a durable synthetic cover featuring an embossed logo and fat padding, and the one-piece ‘Big Dick’ post, made from full 6061 aluminium. There was also a huge new post-weld heat-treated bar called the ‘Emergency’, with 9.99” rise and a multi-butted main tube to save weight.

Apart from Pointing and Hitchcox, the Alone team includes Sam Collison, Tom Milham and Josh Wyles, plus other members of an extended family including riders such as Chris Nunn and Frenchman Vince Primel. In May 2014, the team hit the roads of Europe taking in Belgium, Germany, Denmark and Sweden on the Fun Sponge Tour, and an excellent three-minute edit by James Appleton was the result. 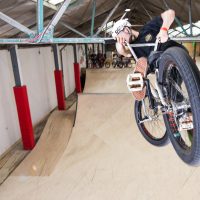 Jam report and gallery by Nathan Moore from Belfast's first park jam in years!
6 years ago | by Fraser 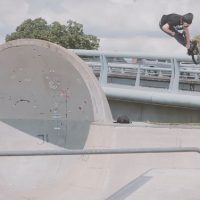 The guys from Alone BMX took a trip around Northern Europe in the 'Zealmobile' to film this awesome edit strangely named the "Fun Sponge Tour." There's a nice mix of...
7 years ago | by Cleggy 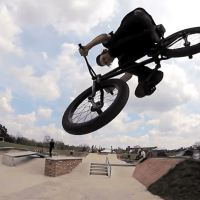 Tight little local park edit from Premier and Alone rider Rupert Cubbidge. This kid has got all the lines wired at this place. Thanks to Alex Hardy for sending this...
7 years ago | by Cleggy 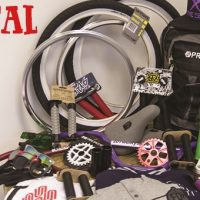 Reveal A Winning Code Under Your Cover Wrap Stickers This Issue And...