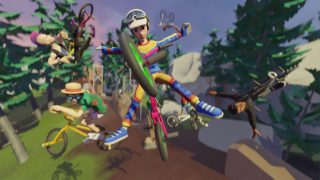 It’s no secret that we love the Pumped BMX games…  I mean, who doesn’t?  They’re fun, they’re BMX and, quite importantly, they’re legit.  Adam Hunt, the guy who makes the games, is a rider.  He’s also got a mean barspin on him – perhaps he can’t do a double flipwhip 1080 to manual to quad barspin 1440 triple frontflip, but he’s doing all this for the right reasons.  Lifelong BMX passion + ability to program games = Pumped BMX.

We had a chat with Adam about the new game – Pumped BMX Flow – how it’s different to previous games, what to expect, everything you need to know. 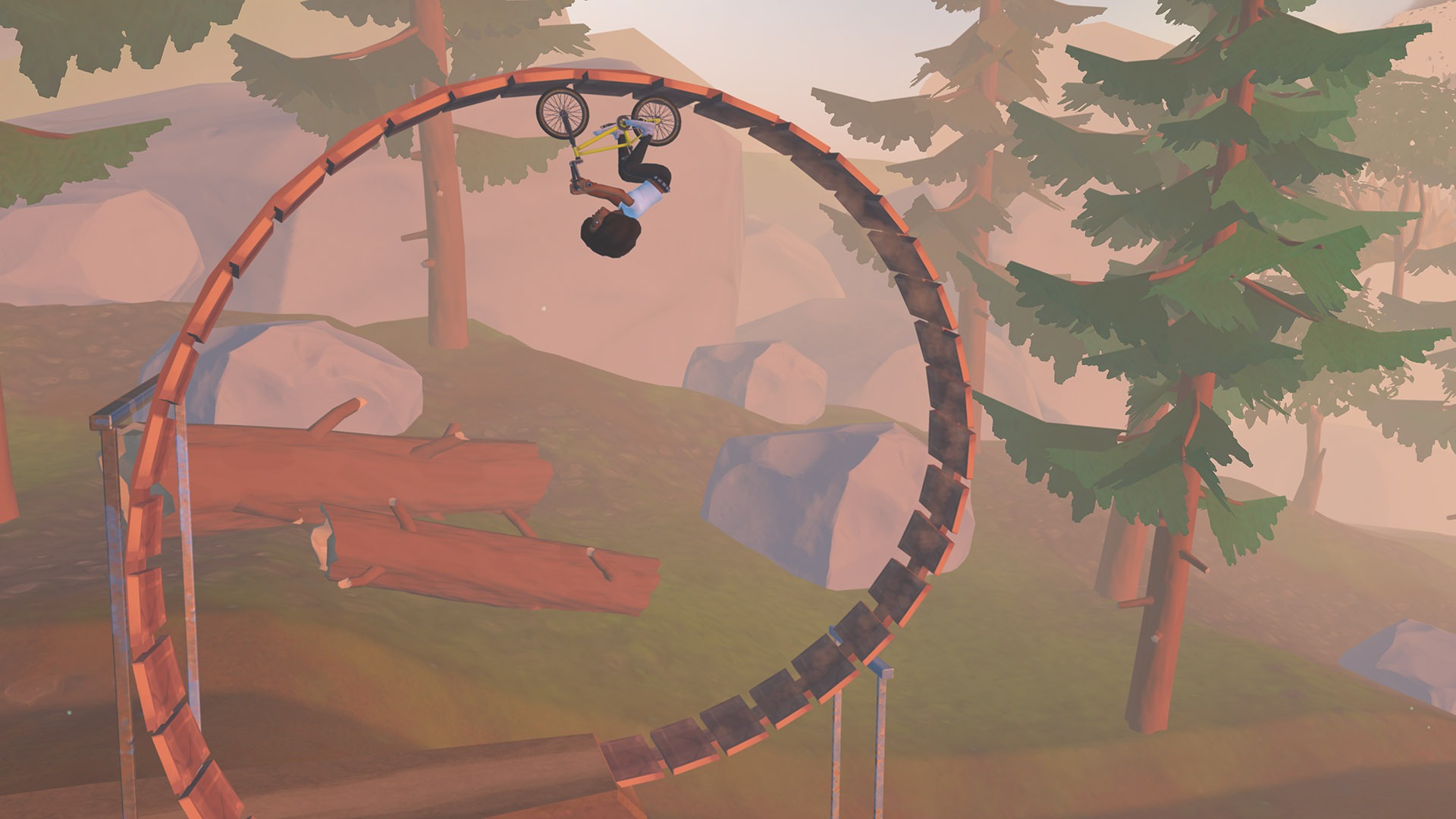 – Yo! How you feeling about getting another game out in the wild?

Yo!  Yeah, good man, I’m especially stoked on this one!  Trail Boss (my last game) took 3 years, and I was pretty exhausted by the end of it.  This one has taken a little over a year, which is a much more manageable amount of time!  I’ve reached the end excited for people to play it and excited to keep working on it, rather than just… knackered, haha.

– How did this game come about, why did you choose to make an ‘infinite game’?

Well I’ve had the idea of infinite sets of trails since the Pumped 2 days, but frankly wasn’t good enough at programming to make it work, so it’s just been an idea floating around in my head for the last 7 years or so.

After Trail Boss came out I was taking a bit of time off and messing around with different ideas, and figured out a way of making infinite jumps work quite nicely.  I was still mostly just playing with the idea, rather than it being my ‘official’ next project, when COVID properly kicked off in March last year.  I decided to ‘release it ASAP’, which has ended up taking a year, haha!  It started as a super barebones thing, more of a proof-of-concept than a real game, but as I worked on it more I started seeing more possibilities, awesome things to add etc, and it just sort of turned into a ‘full’ game.

This is what I posted on Instagram in March 2020:

– Which new features are you most pleased with?

There are two main modes in this game ‘Flow Run’ and ‘Daily Run’, and I love them both!  ‘Daily Run’ is a daily randomly generated level, and a daily scoreboard to go with it.  So every 24 hours there’s a big global competition to see who can get to the top of the board.  Which is just.. so cool!  I love it.  Some of the scores people are posting already are NUTS.

And then the other mode ‘Flow Run’ is the infinite levels, where you can unlock new types of level pieces, complete challenges, all that good stuff. Honestly my favourite bit is probably ignoring all the challenges, turning on the ‘big jumps’ pack and just cruising. Because the set of trails literally never ends it can be super chill, you can zone out with it.

“Daily Run is a daily randomly generated level, and a daily scoreboard to go with it.  So every 24 hours there’s a big global competition to see who can get to the top of the board”

– Did you face many fresh challenges in the development?

It hasn’t been too bad, but I’ve done a few things this time I’ve never done before, so there’s definitely been a learning curve. Firstly doing all the ‘daily run’ stuff has been interesting, making sure everyone is on the same time, everyone gets the same randomly generated level every day, all that stuff. And then secondly, because this is my first free game, getting all the ads and In App Purchases set up and adjusted has been a learning experience!

– Tell us about the choice to let this one go out for free.

Yeah, so this sort of goes back to my decision to ‘release it ASAP’ which didn’t exactly pan out!  I was thinking of this game as an experiment – ‘let’s try this new game design out’ – so experimenting with the ‘free to play’ (f2p) model seemed like a natural addition to that.

Also, frankly, people don’t really buy ‘premium’ games anymore.  I think I’m slightly protected from it because I make pretty niche games anyway, but the vast majority of new apps these days are f2p, from tiny mobile games all the way to Call of Duty, Fortnite etc.  So it seemed like a sensible business decision to try my hand at making one and see what it’s like.

– When we look back at the first game and trace things through to Flow, it’s incredible to see the progression.  How does it make you feel to see how far it has come?

Ah thanks man!  Yeah, when I think about it it’s pretty weird.  This has been my job now for almost 10 years I think – Pumped BMX 1 came out at the end of the 2011.  I’m mostly just really grateful that I get to do this pretty strange, awesome, stressful, creative job!  I keep planning for when I’m going to have to get a ‘real’ job, but so far, I get to keep making games!

“My favourite bit is probably ignoring all the challenges, turning on the ‘big jumps’ pack and just cruising”

– Where do you see the Pumped series go next?

Good question!  If Pumped BMX Flow does well then I’ve got some updates in mind – extra level pieces, that kind of thing.  At some point I’d like to experiment with expanding Pumped to different sports too – MTB or snowboarding spring to mind.

And then outside of the Pumped series I’ve got a street game prototype I’d love to finish one day, and about 10 other prototypes!  Unfortunately there’s only one of me, and these things take a long time, so maybe one day I’ll get through my backlog! 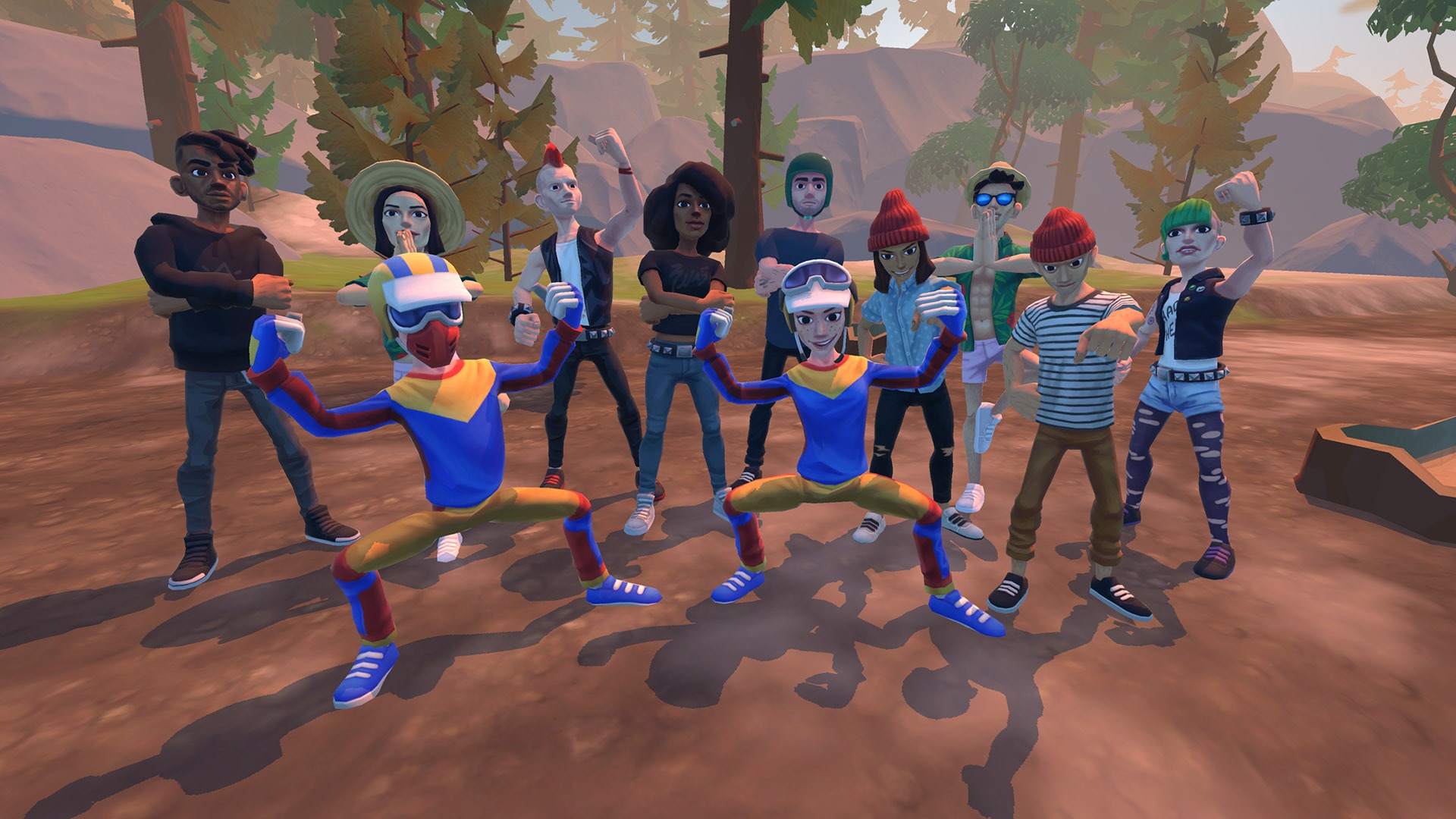 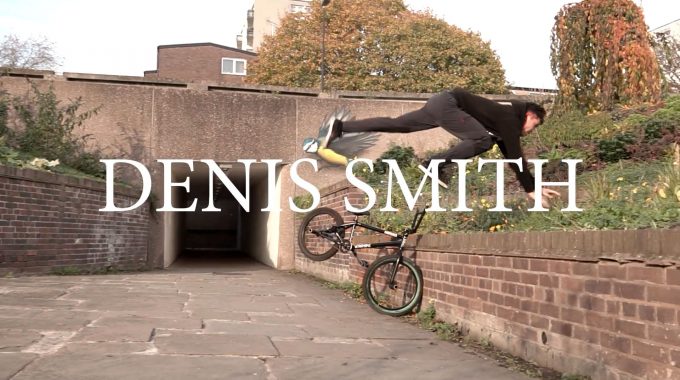 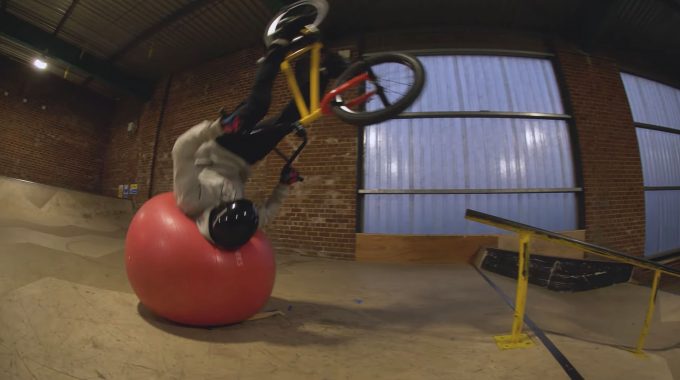 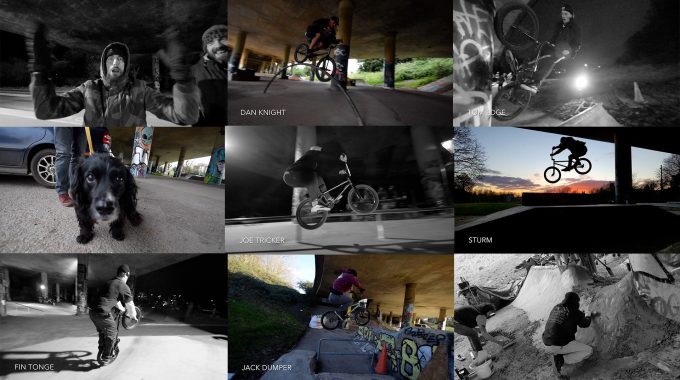 "This video is a mixture of the first day sessioning the flat rail, 'Frite Lite Nite', the build for Lump Land and then the first... 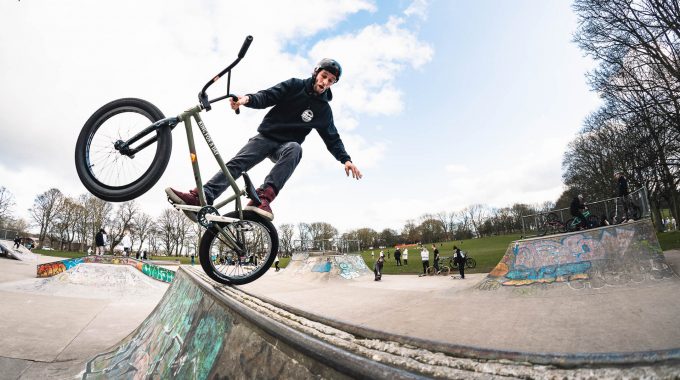 LEE FLETCHER: Who is Chav Lee?

A natural talent, an interesting character. Don't judge a book by its cover.

LEE FLETCHER: Who is Chav Lee? 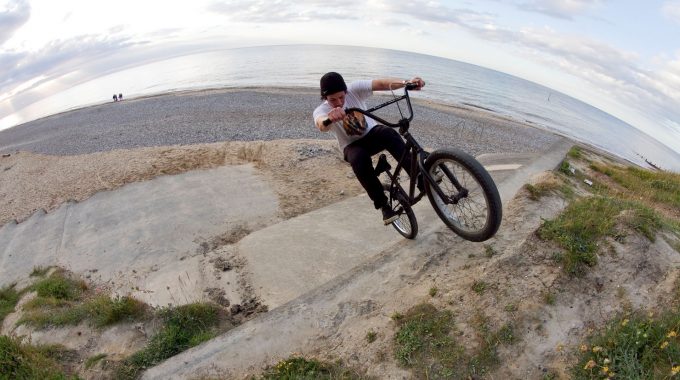 Another wonderful video from Matt Copland and the tight Norwich scene he rolls with.  A video driven by its moody intro into a few mins...