Those riders and fans who chose to visit Cologne, Germany thinking it would be sunny and warm were greeted with the same wet weather we’ve got over in England! The dirt jumps arn’t riding because of the wind and the street area is hampered by the rain.. Here’s an update from Nathan Beddows who’s out there covering the event for the magazine! 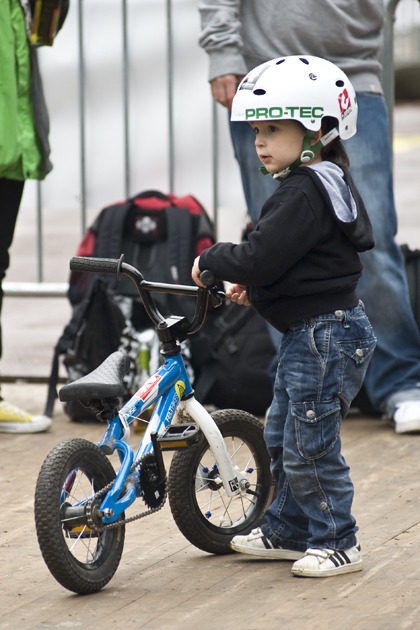 Photo Booth: Friday at the Worlds!

Well BMX fans day one here in Koln (or Cologne, whatever you prefer) has just ended and so far a lot of crazy stuff has gone done! After getting a plane from Gatwick yesterday (Thursday) that was choc-a-block full of riders making the trip over (including I’m told the legendary Bob Haro – you know… the guy who practically invented BMX) it absolutely p*ssed it down within about a 20 mins after touchdown.

Ben Wallace ran into a wee bit of trouble with law, although admittedly it was not his fault by a long shot – as it involved some cheeky German youth throwing his dinner at Ben. Ben obviously sorted the miscreant out but not being able to speak the native tongue too well to the ‘Polizei’ he ended up taking a very expensive ride back to his hotel… Not a great start but he didn’t look too phased today.

The weather has been a real mixed bag – cloudy on and off with heavy showers here and there. Amateur spine/mini practice and qualifiers went down sweet as but literally as soon as Pro practice began it was game over before anyone could even get a run in… The dirt jumps, although situated under the massive bridge at the Jungendpark were way too big to ride in the strong head winds so were closed off for today.

The weather really has messed things up big style today and there are rumours circulating that because Sunday’s weather looks so grim everything may be held on Saturday..?

After Pro spine/mini got washed out a fair few people either left or started boozing however a small bunch held on till things died down a bit and dried out so a pretty good session on the street course went down – Alex Kennedy was blasting round the course jumping the hips higher than anyone else, Mike Miller was firing out some wild 180s and Paul Ryan was doing his usual crazy antics; trucking and whipping all over the shop.

Jason Phelan may of invented a new up-rail trick/variation as well as also doing a double-can toothy-hanger?!? (or ‘toot-hanger’ as he calls them). Both the Marchant bros were shredding – Jack’s tables are just insane. Bruno Hoffman was dropping 5’s into the flatbank like it was nothing and Issac Lesser… oh boy… Issac has called something pretty crazy out, whether he’ll do it or not we’ll just have to wait and see. Speaking of secret manoeuvres, Mark Web has got some special treat planned too! But again you’ll just have to wait…  “ 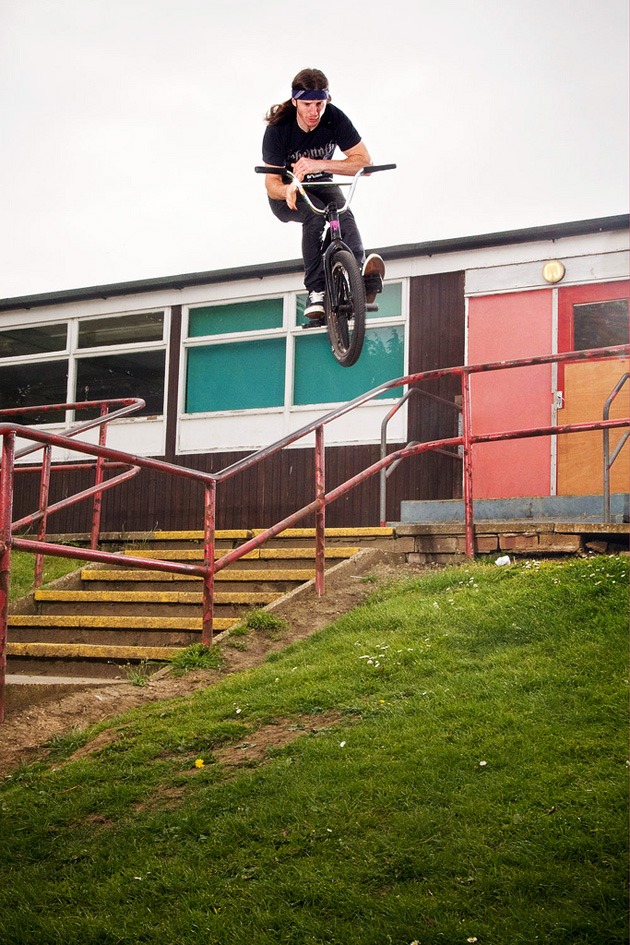 In the next issue of the mag which is being finished up as we speak, George Marshall has an article he's done on the Hull...

The new Ride is in and came a little earlier than normal. Well it's now out in the shops and your subs copies should be...

People have talked about this for years, but now finally Red Bull have made it happen. While most of London was either asleep or getting...

In the next issue of the mag which is being finished up as we speak, George Marshall has an article he's done on the Hull...

The new Ride is in and came a little earlier than normal. Well it's now out in the shops and your subs copies should be...

People have talked about this for years, but now finally Red Bull have made it happen. While most of London was either asleep or getting...

Lots from Proper today! In the latest issue of the magazine which is supposed to be out this week but actually hit the shops on...

Jamie Bestwick having it at Corby!

Check out this edit done by Moto Magazine's Gary Price. Gary films a ton of motocross footage but spent the day with Jamie Bestwick earlier...

Jamie Bestwick having it at Corby!