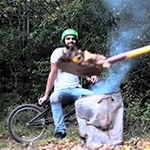 Brit Toby Forte is an integral part of the fabric at Stowaway, Australia’s leading distributor of rider-driven BMX brands including S&M, Animal, Terrible One and United. From his base in Byron Bay, New South Wales, he has worked as a sales and marketing manager at Stowaway since emigrating from the UK in January 2011.

Toby comes from a family of passionate BMXers – growing up in Newton Abbot, Devon, he competed from a young age against younger brother Leo and elder brother Kye, who currently both ride professionally for United Bike Co.

While still in the UK in February 2007, Toby sustained a traumatic brain injury at Hengrove skatepark in Bristol as a direct result of riding without a helmet. During the warm-up, he fell into the bowl dropping in from an everyday deck manual, and the impact to his head caused him to sustain a double hemorrhage to the frontal lobe area of his brain.

He was in a coma for three days, and had subsequent problems with his balance, speech, eyesight, hearing and memory. However, with the close help of his wife, family and friends, he was able to make a full recovery, and has since put in a lot of work as a helmet advocate, promoting the importance of helmet safety throughout the UK and Australia. 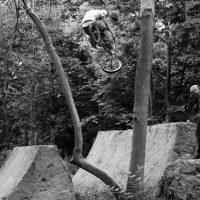 Toby Forte moving to Australia?
10 years ago | by Ride UK 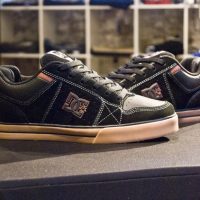 We headed over to the DC headquarters to meet the Forte brothers; which we got an insight of the Forte Brothers DC Tactic shoe. Check out the video here featuring...
11 years ago | by Robin 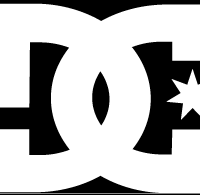 A Day With: Toby Forte

We spent a cold Thursday last week with Verde and DC rider Toby Forte. We jogged with him in the morning, first thing he does to keep himself supple! Then...
11 years ago | by Robin

Toby Forte and his long term partner Jess Jackman The middle of the Forte brothers, Toby will be embarking on a mammoth bike ride to Morroco with his girlfriend Jess in...