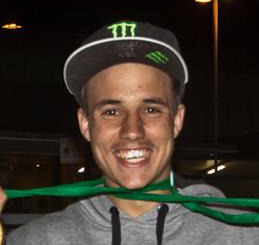 Kyle Baldock is a part of the Australian team at Total BMX, but his start in the sport was not auspicious – at the age of three, he rode his bike down a flight of stairs and vowed to himself that he would never ride again. He kept his promise until 16, when he decided that he wanted a piece of the action, after all.

He had a spectacular first full pro season in 2011, winning the opening stop of the Dew Tour in July, picking up a second place finish in Portland, and finishing in third place overall in both Park and Dirt. At the X Games, he came eighth in Park, and he also received the Best Trick Award at The Hunt BMX Video Premier.

At this stage in his career, he was still primarily known as a Park rider, but he showed he was much more than that in 2013 as he placed third in arguably the craziest dirt contest of all time, Dreamline, as well as winning X Games Dirt gold in Foz do Iguaçu and finishing the year with a Dew Tour Dirt Championship win. 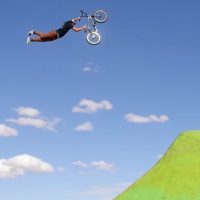 12 of the best dirt riders from around the world met up in Las Vegas for the Monster Energy Cup BMX Dirt Jam this year whilst the Supercross event was...
5 years ago | by Fraser 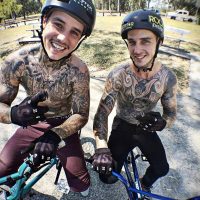 FRIDAY RANDOMS: Is there something in the ink?

So I've been thinking lately, a few Pro BMX park riders are heavily tattooed. There's a few street riders I can think of who rock full sleeves and shit but...
6 years ago | by Fraser 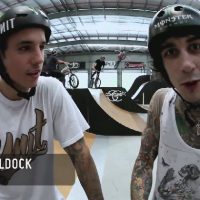 I don't know if you guys have been following Harry Main's new Line9 documentary series called "Clocking On" - It's a kind of behind-the-scenes look at Harry and what he...
7 years ago | by Cleggy 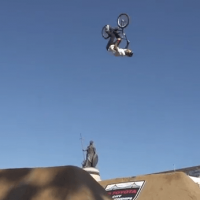 Here's the Total crew at the Dew Tour Dirt 2013. It's always a good day when a new Total edit is out, this is one of the best teams in...
7 years ago | by Cleggy 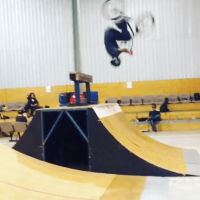 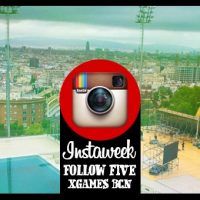 X Games Barcelona is just about to get under way. BMXers from all over the world are now descending on Catalonia for a heavy weekend. Here's a bunch of Instagram...