Australian company Colony, based in Loganholme, Queensland, offers a range of complete BMX bikes in a multitude of sizes, styles and colours, plus an extensive line of functional BMX-only frames and parts such as cranks, brakes, brake levers, hubs, pedals, pegs and rims – in fact, pretty much everything that you could possibly want for your bike.

Launched in 2005 by Clint Millar with the aim of representing Australian BMX to its fullest while producing simple, reliable products, Colony was Australia’s first major BMX brand. Founded as a pure Street company, it has also recently established a Flatland line with the help of Flatlander and globetrotter Shane Badman.

There are six bikes in the 2015 range of completes, including the top-of-the-line ‘Castaway’ in gloss black with chrome, and featuring an aftermarket ‘Castaway’ chromoly frame with Mid BB, integrated headset, extra-wide tyre clearance and removable brake mounts and hardware. There is also a new range of frames – apart from the ‘Castaway’, models include Mick ‘Teddy’ Bayzand’s signature ‘Burna’, Alex Hiam’s ‘Sweeth Tooth’, and Zac Miner’s ‘Miner’. 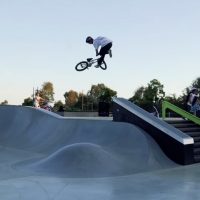 Really impressive! This is packed full of super creative and pretty unlikely ramp riding. Prepare to be surprised with the combos Alex pulls out of the bag...
3 years ago | by Fraser 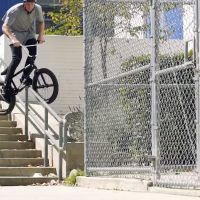 The guys at Colony decided to upload a bunch of bails/outtakes to document the amount of blood, sweat & tears Jack had to endure. I'd suggest you sit back, crack...
3 years ago | by Robin Pearson 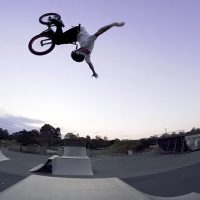 Chris James doesn't mess about. He goes REALLY HIGH and does some pretty damn wild tricks.
3 years ago | by Robin Pearson 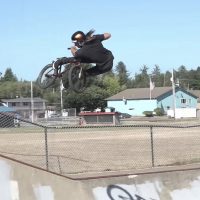 One footed x-up to griz, perfect. Lookbacks, perfect. Oregon parks, perfect. Nathan Sykes has all the style and lines. This makes me want to ride my bike!
3 years ago | by Fraser 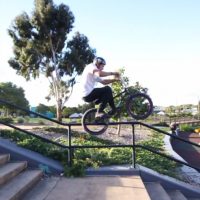 Colony BMX shredder Tim Storey has been keeping busy stacking a bunch of solid clips over the recent months after finishing-up his AH Well DVD section...
4 years ago | by Robin Pearson 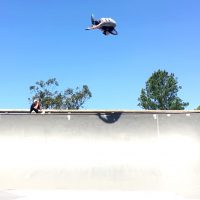 I don't think I've ever seen so many two-trick airs in one video. Dude roasts!
4 years ago | by Robin Pearson 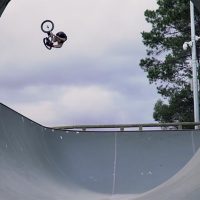 Dude roasts and he loves a trick combo!
4 years ago | by Fraser 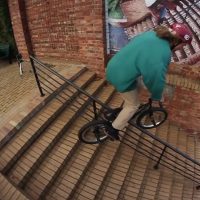 Colony BMX rider Tim Storey had a few clips left over from his video part in the new CLVLND DVD which is due out soon entitled: "AH Well" - We...
4 years ago | by Fraser 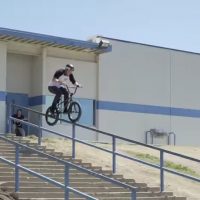 A few of the Colony BMX team members spent a week in Cali soaking up the rays and filming for their upcoming video projects and if these clips are anything...
4 years ago | by Robin Pearson 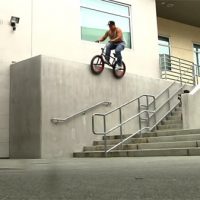