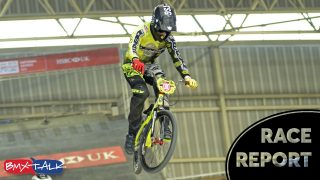 Just as the winter seemed to have become Groundhog Day, The HSBC National BMX series arrived as if out of nowhere to kick off the 2018 race season. The team made their annual pilgrimage to the National Cycling Centre in Manchester to get their national campaigns underway and it was a weekend of real highs and lows for the riders.

It started off on a massive low point as Oli Cutmore took a massive crash in Friday practice as he was trying to tune in the third straight pro section. A mechanical problem saw him miss the Superclass practice earlier in the evening but he got his bike sorted and hit up the later open practice to dial things in. A slight over jump on the gap before the “Big Gap” saw him a little front heavy as he took off and the result was a full frontal body slam into the upslope of the next jump. The results were gnarly with a list of injuries including fractures to his T1 vertebrae, Iliac crest, Hip, Collar bone, Shoulder and ribs. His TSG carbon Advance helmet took the brunt of the force and was a complete write off, but he had no head injuries which is testament to the great helmet design. He’s spent a week in hospital and has a long road ahead, but he’s home now and we wish him well for recovery #ohbuh

From there, things couldn’t get any lower and it was down to Jools the TM and his son Syd to bring some positivity back to the team pits which they did in shovelfuls!!

Syd was out on a Krisis MX cruiser for the first time in the 15-16’s and looked at home on the big wheels from the off. Day one saw him winning motos and looking sharp amongst the big guns on his way to the main. His gate wasn’t all that and he was making moves mid pack to get through to challenge the leaders. His third straight was on point and he closed down the gap into the last turn. Out of the berm, he had a sublime last straight that saw him go from 4th to 2nd on the line. Not a bad start to the year. Day two, and he was motivated to step it up. It showed on track as he went unbeaten through the motos to take first pick in the main. Out of the gate and this time he was puling like a train to lead out into the first berm. He lead the lap to the last straight where a bobble nearly saw him overtaken, but he held on for his first ever national win and leads the national points standings after two rounds. Dad was a little emotional to say the least.

In the 40-44 cruiser, Jools was back on the big rig after a season off from the big wheels. Rocking his HT AE05 flat pedals as ever he went to work and raced his way through to the finals on both days of the competition. Racking up on the gate with an outside draw on day one, he secured a 7th to get things underway. Day to and he was inspired by Syd, getting a flyer out of the gate, he was up with the leaders as the races flowed through the super tech track and he came away with a 4th to see him into 5th overall.

Into the 20” classes and Syd was buzzing to get some work done in the 16’s. Gates were good, but his track speed was his saviour as he flowed through sections others made look like Toblerones!! The semis racked up and there was nothing between the racers, with everyone capable of making the mains. Syd missed out on the A finals, with 5th in the semis, but followed it up with 5ths in the B finals, putting him into 11th at this early stage in the season.

Last up was the old man in Vets on the 20” Krisis MX XL and he was thoroughly warmed up and ready for the task in hand following the cruiser laps. The Vets class was stacked with former elite racers, world, European and British champions amongst the entries and the racing was off the hook. Our flat pedal warrior kept his head down and got involved with the action, making some corner moves Valentino Rossi would have been proud of to secure himself a spot in the semi-finals and top 16 both days. The semi on day one was like a gift from a higher power as he got out well from gate six and made a B line for the inside when the riders inside him exploded and left him clear to go through to the main untroubled. Into the main and it was a tough lap that saw him back in the field in 7th, but happy to finish unscathed. Day two came and he was into a qualifying spot in the semi when the last straight bit him and he had a big moment that put him out of contention. Into the B final and a little redemption as he raced to 2nd and sits in 8th overall.

We’ll be back on track for rounds 3&4 in Leicester in April looking to carry momentum from the great showing at the first rounds with us to the Midlands. 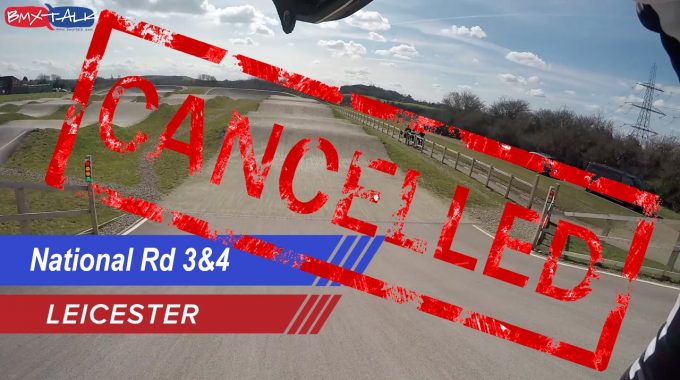 Leicester National – OFF Hopefully you by now have heard the unfortunate news coming out of the Leicester Huncote Hornets BMX Club camp. Their national due... 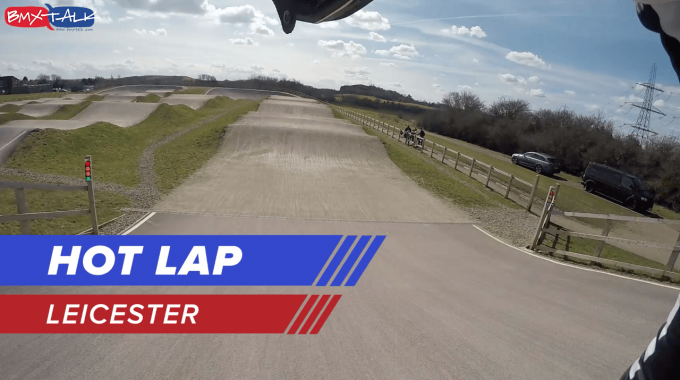 https://youtu.be/QVN87j_rKsw   HOT LAP – Leicester Huncote Hornets BMX Club Ahead of the HSBC National series rolling into town for rounds 3 and 4 on April 20th – 22nd the... 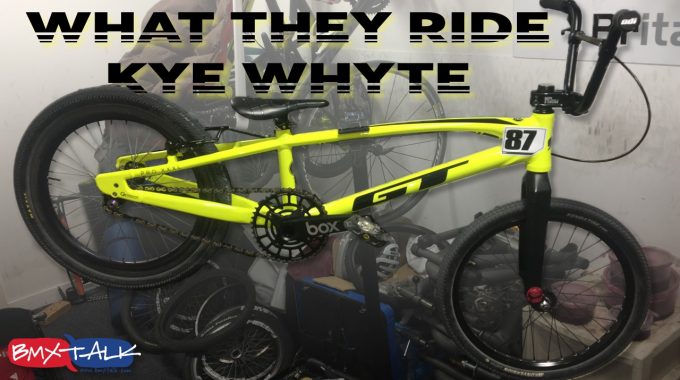 WHAT THEY RIDE: Kye Whyte

WHAT THEY RIDE: Kye Whyte 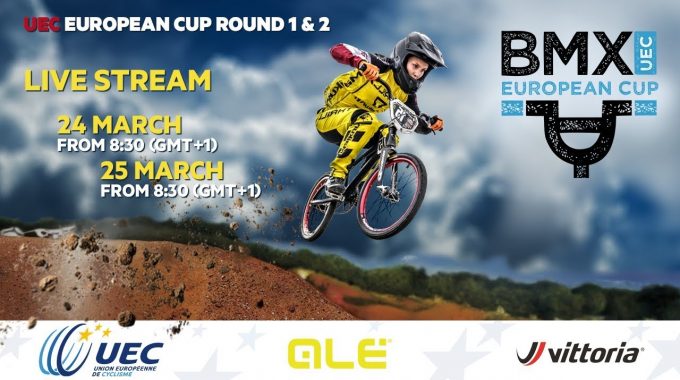 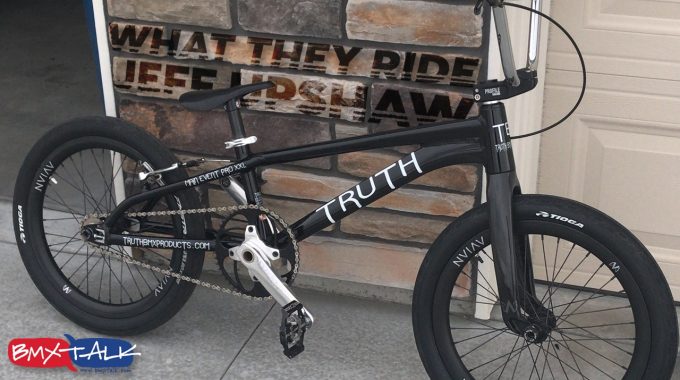 WHAT THEY RIDE: Jeff Upshaw

WHAT THEY RIDE: Jeff Upshaw