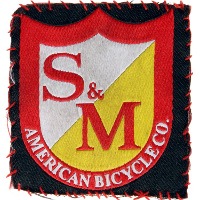 Founded in 1987 by Greg Swingrover and Chris Moeller in Santa Ana, California, the aim of S&M Bikes was to craft BMX bikes that could handle the abuse the two friends and their riding buddies were dishing out. They went into business with a frame and fork called the ‘K-9 D-Zine’, a mishmash of Moeller’s three favourite frames at the time, and this was soon replaced by Moeller’s signature ‘Mad Dog’.

In 1988 they went on to release the now legendary ‘Slam Bar’, and in 1989 the ‘Dirtbike’, but the two men found it increasingly difficult to balance the books, and Swingrover left to start a new job at GT. Since then, S&M has been left in Moeller’s hands, ably assisted by legendary riders such as Dave Clymer and John Paul Rogers.