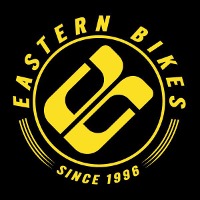 Eastern Bikes, based in New Bern, North Carolina, has been a leading innovator of BMX bike design for almost two decades with a focus on building products for current riding styles and for almost any age, skill and budget. The company was started in 1996 by BMXers Jon Byers and Mike Corley – still the sole owners, they spend much of their time developing product and taking care of Eastern’s many happy customers.

The idea for Eastern was actually sparked in 1992 when Corley had problems with the frame he was running, so he made his own, and that model became known as the ‘Fatty’. With Eastern up and running, the innovations came thick and fast – whether it’s the cutouts on the famous ‘Grim Reaper’ frame, switchable LHD/RHD hubs or plastic hub guards, Eastern has always pushed the envelope on product design.

Many of the current products in its range, which encompasses complete bikes, frames and an extensive list of parts, use the E3 manufacturing process, involving a unique and superior welding method borrowed from racecar and motorcycle frame manufacturing, where a secure weld is extremely crucial – vitally, the E3 welding process allows the weld to penetrate the full thickness of the tube.

Eastern’s pros include Josh Perry, whose signature ‘Transcend’ is a super-strong frame with great geometry and loads of features. The other pro on the Eastern team is Adam Banton, while Eastern’s am is Logan Dernberry. There is also an international line-up, featuring riders such as Aussies Daniel Donges and Crystal Shepperd.